First edition. A mathematician by training, Amoroso (1886–1965) was inspired by Pareto to develop the relationship between pure economics and classical mechanics. ‘He also saw analogies between Heisenberg’s uncertainty principle and economic phenomena’ (The New Palgrave).

‘During the Fascist period he was able, unlike some colleagues, to continue working in Italy. His Principii, written during this period, has discussions of money and equilibrium quite free from political implications and, in the third part, an economic theory of Fascism stated in analytical terms, which remains within the mainstream of economic science’ (Who’s Who in Economics).

Second edition, substantially enlarged. ‘Giuseppe Palmieri, Marchese di Martignano (1721–94?), was one of that brilliant band of Neapolitans in which Filangieri was perhaps the most widely known figure. Palmieri was primarily a practical administrator. But the welfare economics of the eighteenth-century Consultant Administrators can perhaps be best appreciated by reading his Riflessioni sulla pubblica felicità relativemente al regno di Napoli (1787) or his Pensieri economici … (1789) or his Della ricchezza nazionale (1792)’ (Schumpeter, p. 177n). 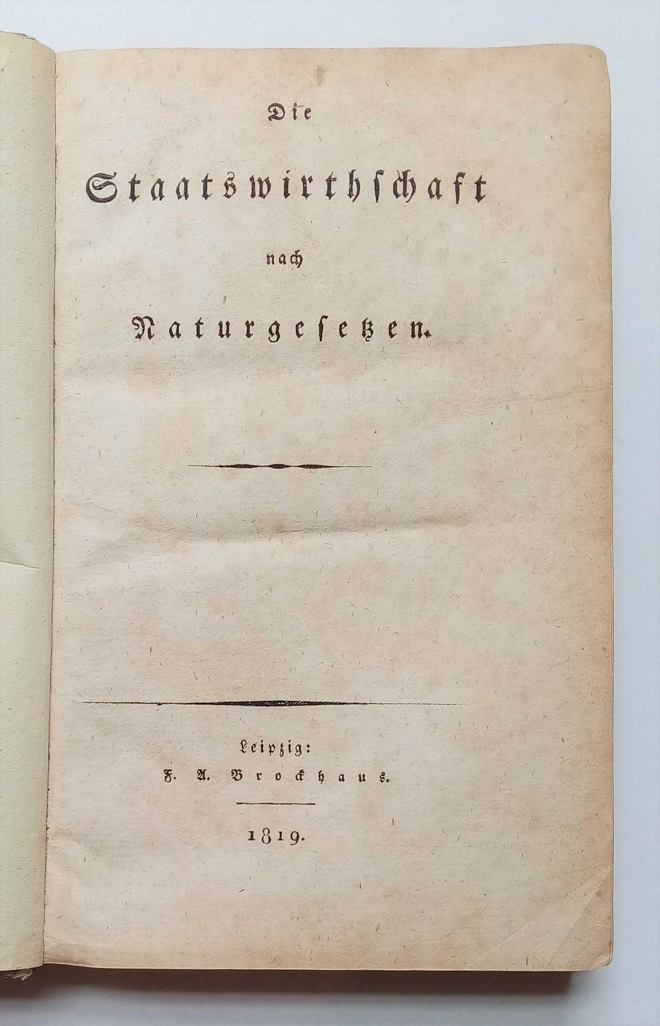