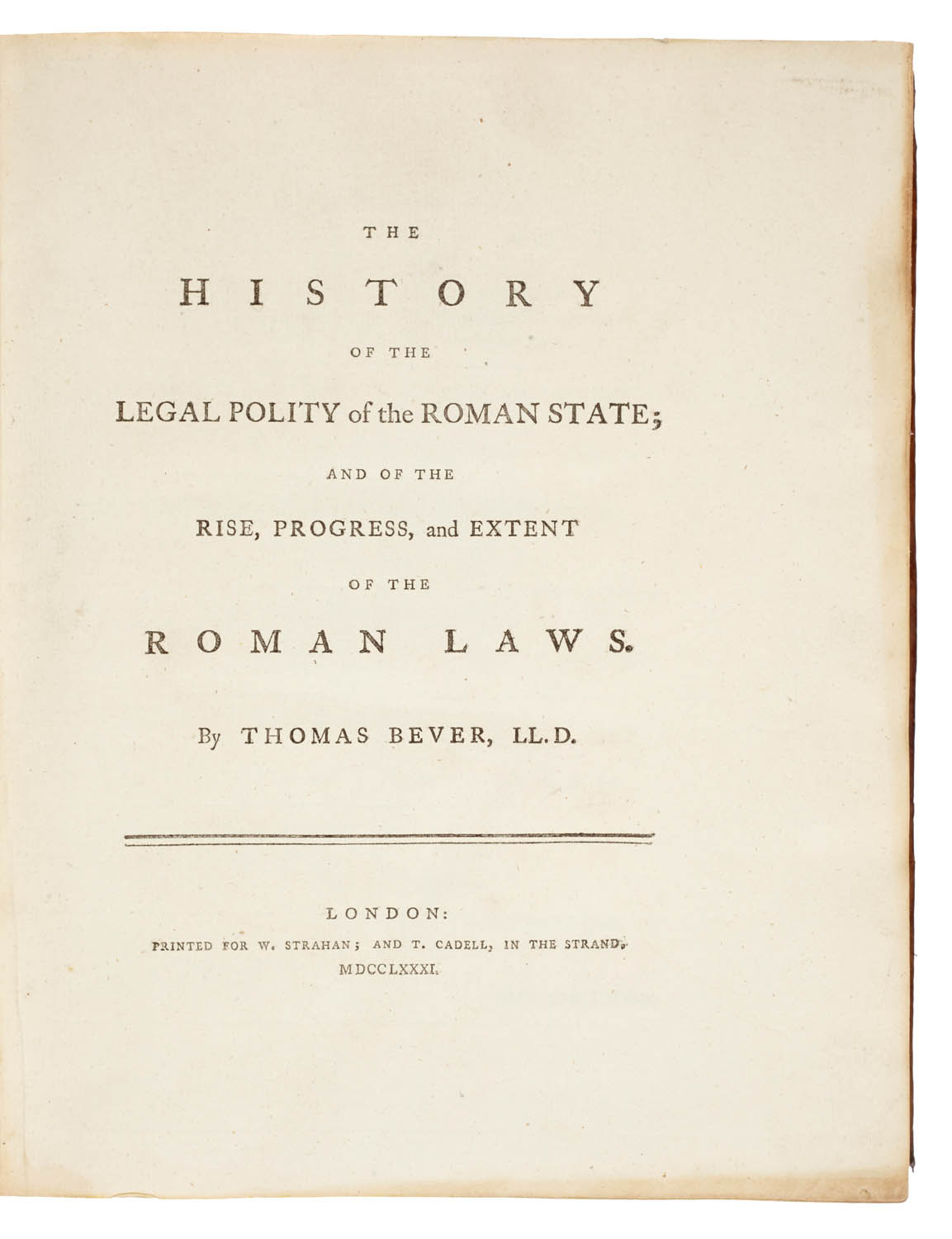 4to, pp. [12], xii, 515, [1 blank]; endleaves a little foxed, but a very good copy in contemporary sprinkled calf, rebacked, a few minor abrasions to the sides; nineteenth century inscription to the front free end-paper placing the book in the possession of the Hely- Hutchinson family, earls of Donoughmore, with estates at Palmerstown (co. Dublin) and Knocklofty (co. Tipperary).

Added to your basket:
The History of the legal polity of the Roman State; and of the rise, progress, and extent of the Roman laws.

Sole edition of a legal history conceived along the lines of Gibbon’s history, an account that was meant to furnish leaders of the emerging British Empire with a helpful knowledge of the past from the perspective of the evolution of legal systems.

‘In 1762 the success of Blackstone’s lectures on English law induced Bever to obtain the permission of the vice-chancellor and the consent of the Regius professor of civil law (whose health was alleged to prevent him from lecturing) to deliver a course upon civil law which was intended to provide his auditors with that knowledge of the nature and general principles of law which should form part of a general education, rather than to prepare them for practice as advocates. He continued for some years, though his auditory was sometimes small enough to be accommodated in his rooms at All Souls, and published his introductory lecture in 1766 as A discourse on the study of jurisprudence and the civil law, being an introduction to a course of lectures. He left his manuscript of the course to his friend Dr John Loveday, upon condition that he would promise not to permit any part of it to be printed. It is now All Souls MS 109’ (ODNB). 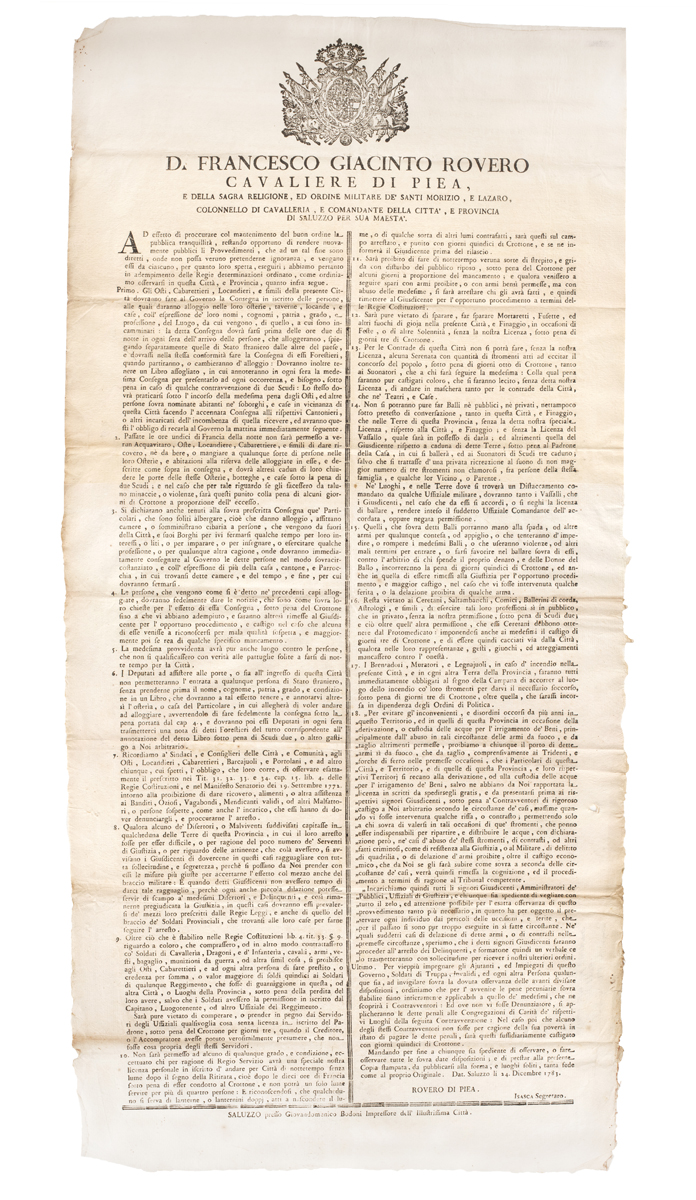