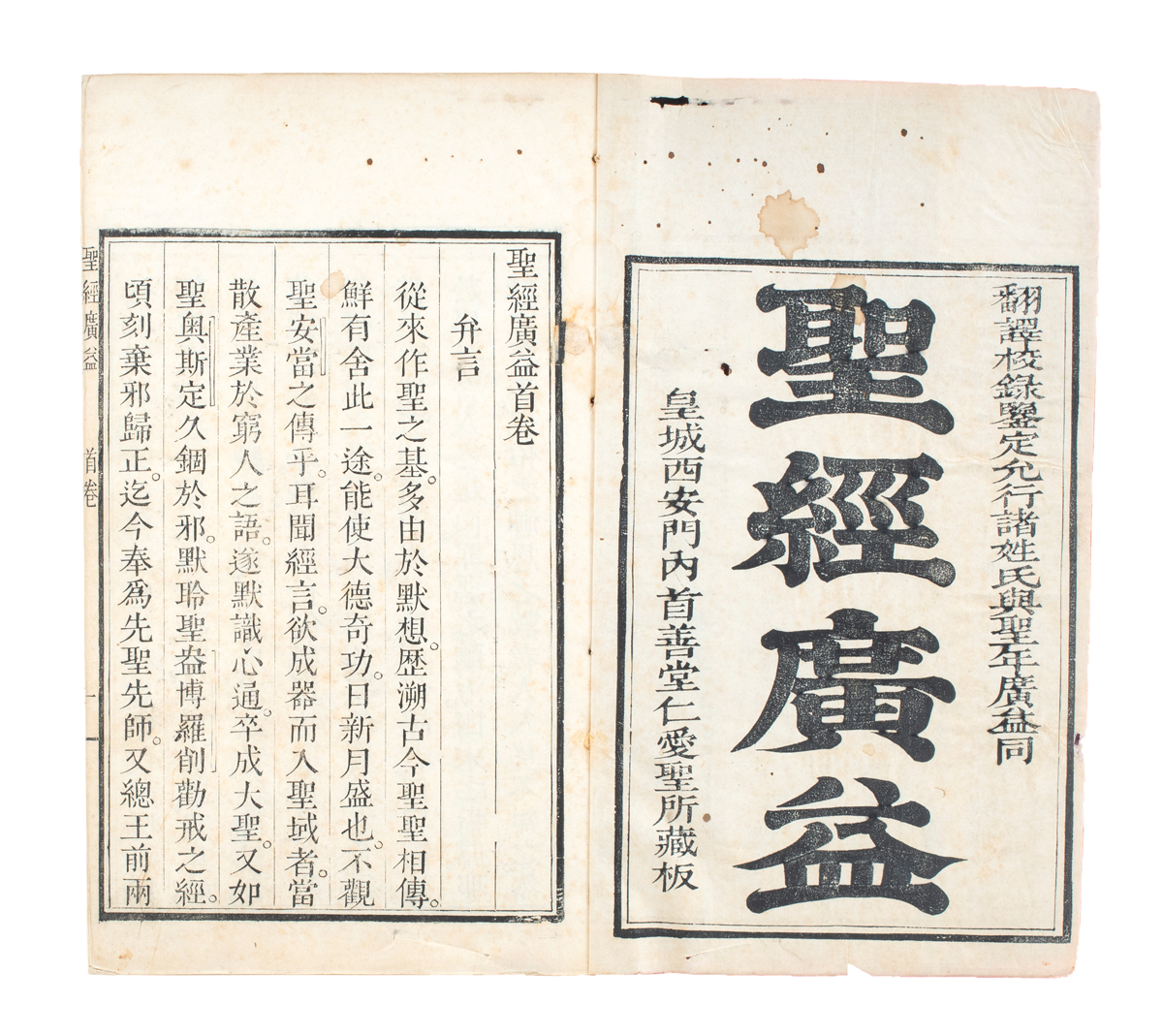 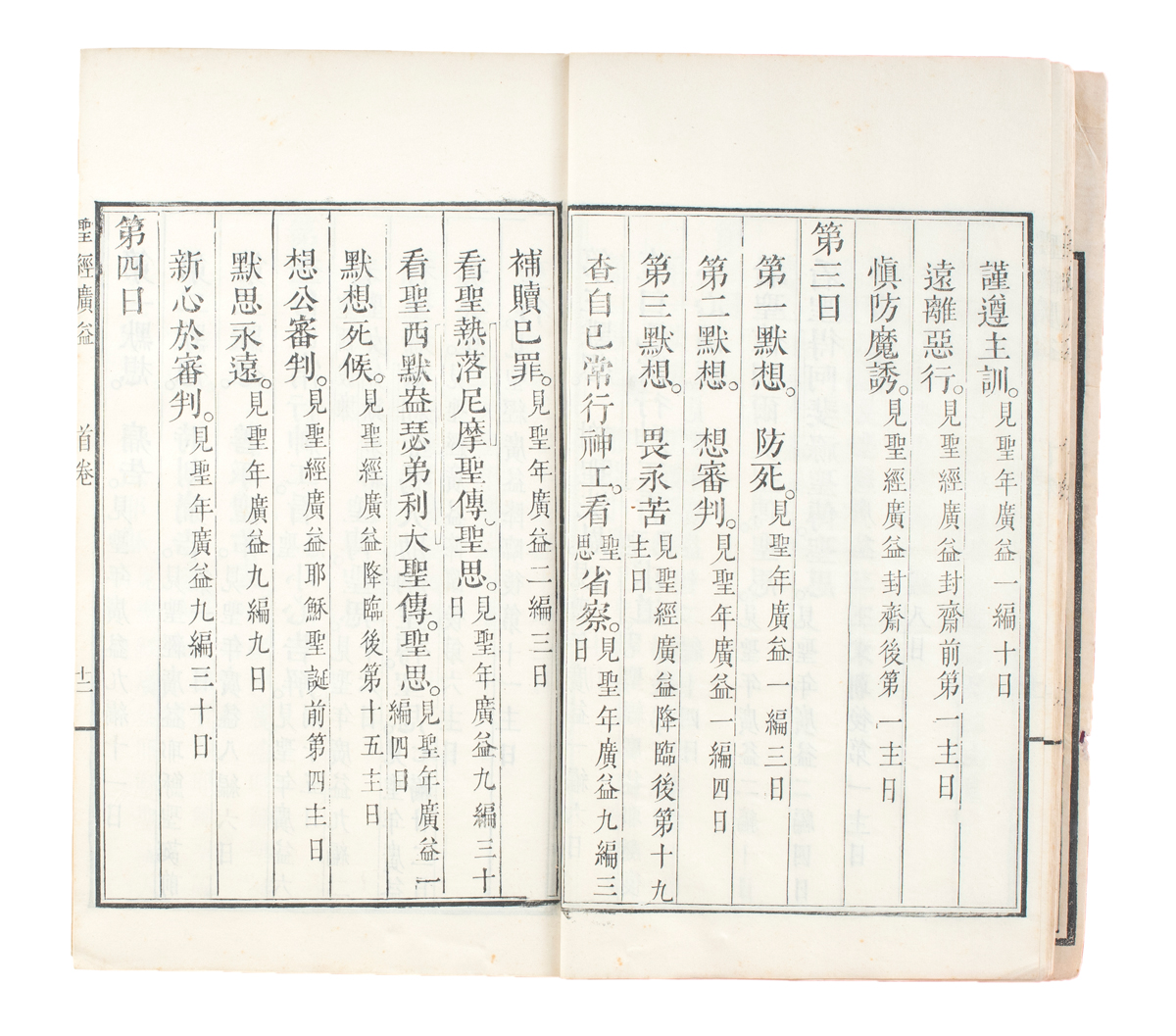 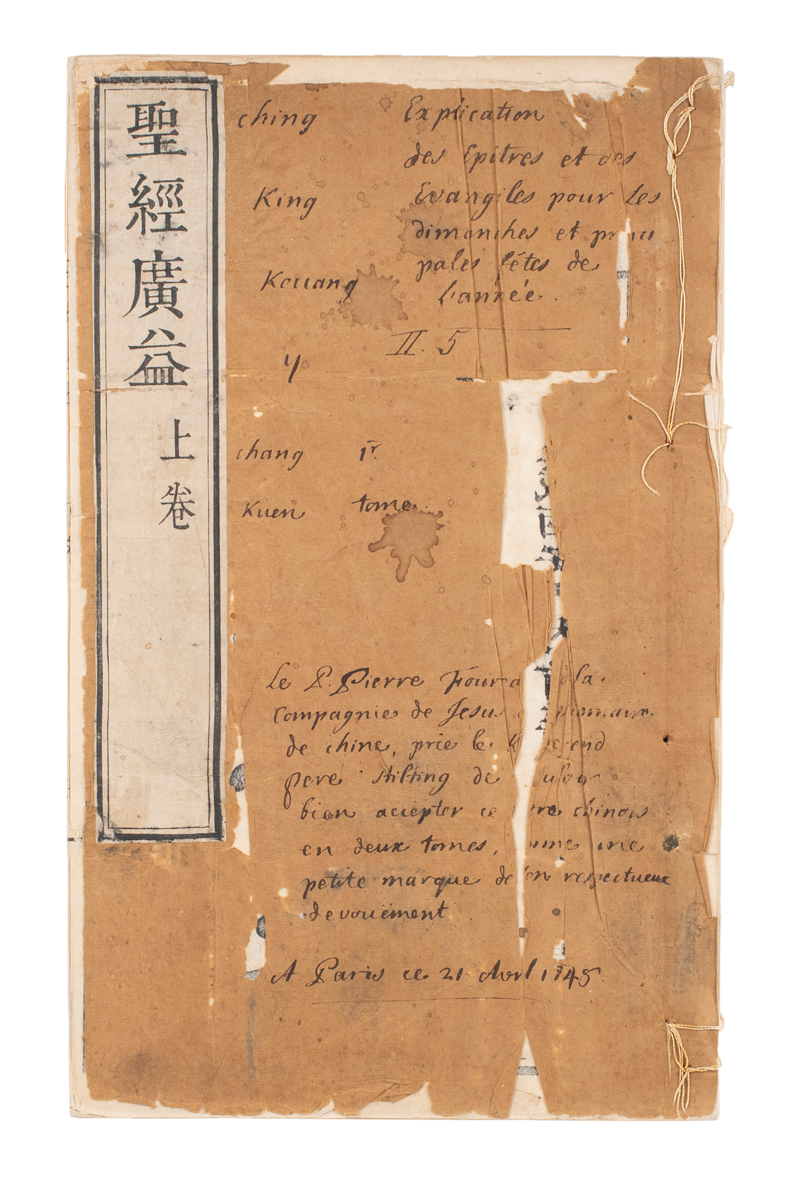 First edition, very rare, a translation into Chinese of meditations on Gospel readings, by Joseph-Anne-Marie de Moyriac de Mailla (1669–1748).  De Mailla, a Jesuit missionary who had arrived in China around 1703, is now best known for his translation of the Chinese annals, published posthumously in twelve volumes as Histoire générale de la Chine (from 1777, although the manuscript had been sent to France in 1737).

Sheng Jing Guang Yi, a handbook for an eight-day retreat following St Ignatius’s Spiritual Exercises, includes an introduction on the purpose and the form of a retreat as well as on the different forms of self-examination; the main part of the text comprises meditations on a series of Sunday readings.  The work was printed in the complex of the Beitang church, the Jesuit church built within the grounds of the Forbidden City in around 1700.  The present copy was brought back to France shortly after publication by a fellow Jesuit missionary, père Pierre Foureau (1700–1749), himself a very competent linguist who spent 1733–40 in the country, mainly in Beijing, and would have known De Mailla.  On the front cover, Foureau has transliterated the title, provided an explanation of the contents (‘Explication des Epitres et des Evangèles pour les dimanches et principales fêtes de l’année’), and inscribed it to a fellow Jesuit:

Very rare: Bibliothèque nationale only in OCLC; the Chinese Christian Texts Database adds copies at Lyons, Biblioteca nazionale, BIULO Paris, and Zi-ka-wei Shanghai.  There were a number of reprints from 1859 on.