Added to your basket:
The natural History of Cornwall: The Air, Climate, Waters, Rivers, Lakes, Sea, and Tides; Of the Stones, Semimetals, Metals, Tin, and the Manner of Mining; The Constitution of the Stannaries; Iron, Copper, Silver, Lead, and Gold, found in Cornwall; Vegetables, rare Birds, Fishes, Shells, Reptiles, and Quadrupeds; Of the Inhabitants, their Manners, Customs, Plays or Interludes, Exercises, and Festivals, the Cornish Languages, Trade, Tenures, and Arts; illustrated with a new Sheet Map of the County, and twenty-eight Folio Copper-Plates from the original Drawings taken on the Spot.

First edition of Borlase’s monumental survey of Cornwall. Though aged over sixty at the time of publication, William Borlase (1696 – 1772), rector of Ludgvan, toured central and eastern Cornwall between 1752 and 1757, gathering material for his Natural History. The result, though less ambitious than intended, provides a detailed account of the county, its flora, fauna, geology, and culture, elegantly illustrated with large copper plates.

Following the publication of the text, which had drawn heavily from the author’s collection of Cornish fossils and minerals, Borlase donated his specimens to the Ashmolean Museum, where they remain.

IN MEMORY OF HIS DAUGHTERS LA SERRIE, François-Joseph de.

Very rare first edition of this collection of twenty-one elegies composed by the writer, artist and engraver François-Joseph de La Serrie (1770–1819), largely inspired by the deaths of his two daughters Marie Louise Aspasie, who died aged 15 in 1812, and Marie Rosalie-Cecile Virginie, who passed away three years later at the age of 23. 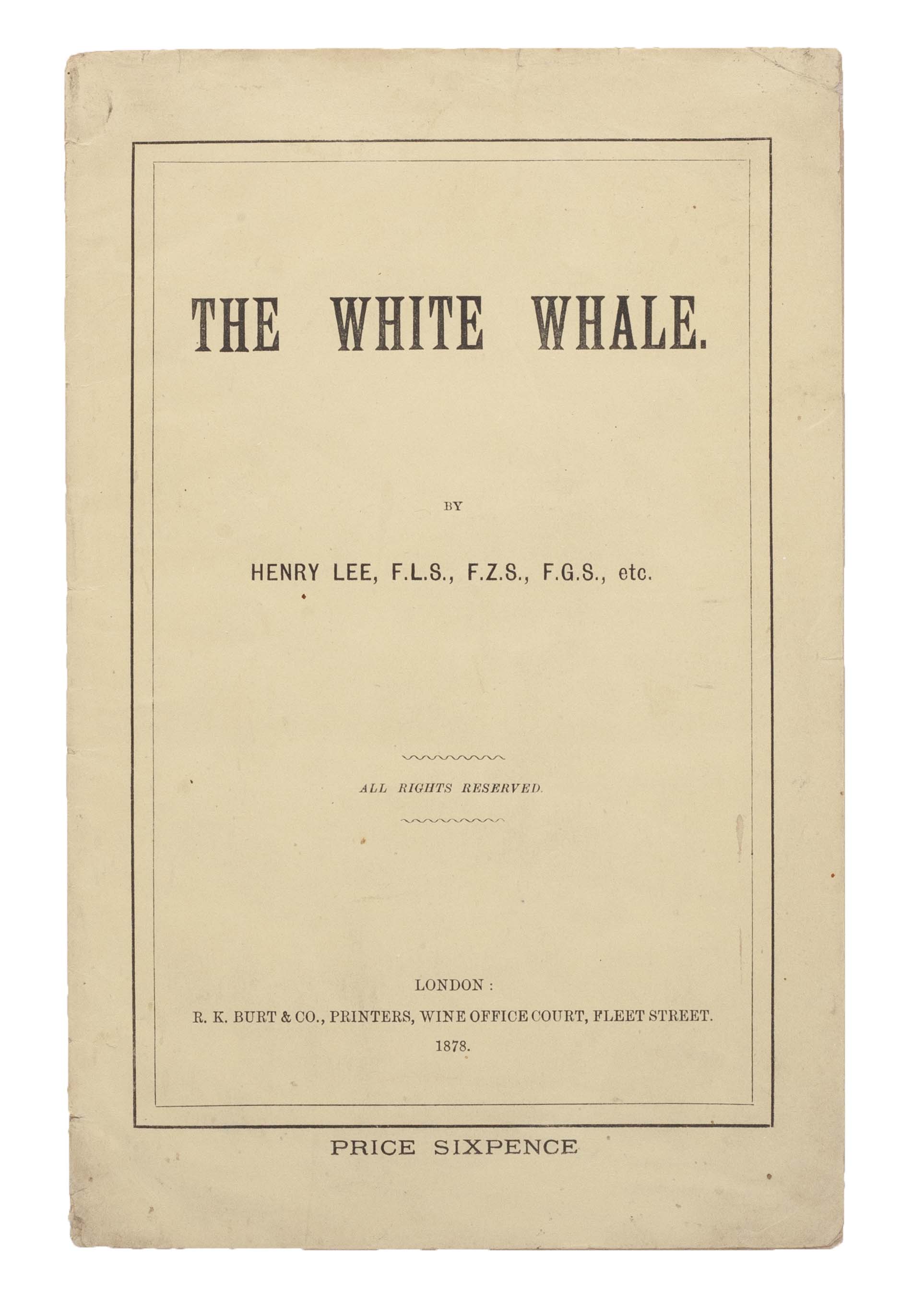 First edition, an account of the white Beluga whale by Henry Lee of the Royal Aquarium in Brighton, specifically of the first such whale successfully transported to England, exhibited for four days in 1877 before its death from pneumonia; and of four further whales transported the following year. The whales belonged to the Canadian showman, ‘the Great Farini’ aka William Leonard Hunt, and formed the cetaceous segment of his show at the Westminster Aquarium.