First edition of a trial for obscenity over birth control. Having established the Freethought Publishing Company in January of the same year, the freethinkers Charles Bradlaugh and Annie Besant in March 1877 reissued Knowlton’s Fruits of Philosophy, a treatise on birth control published in America in 1832.

Though both were found guilty of obscenity, after a trial in which Besant conducted her own defence, the verdict was subsequently quashed on a technicality. 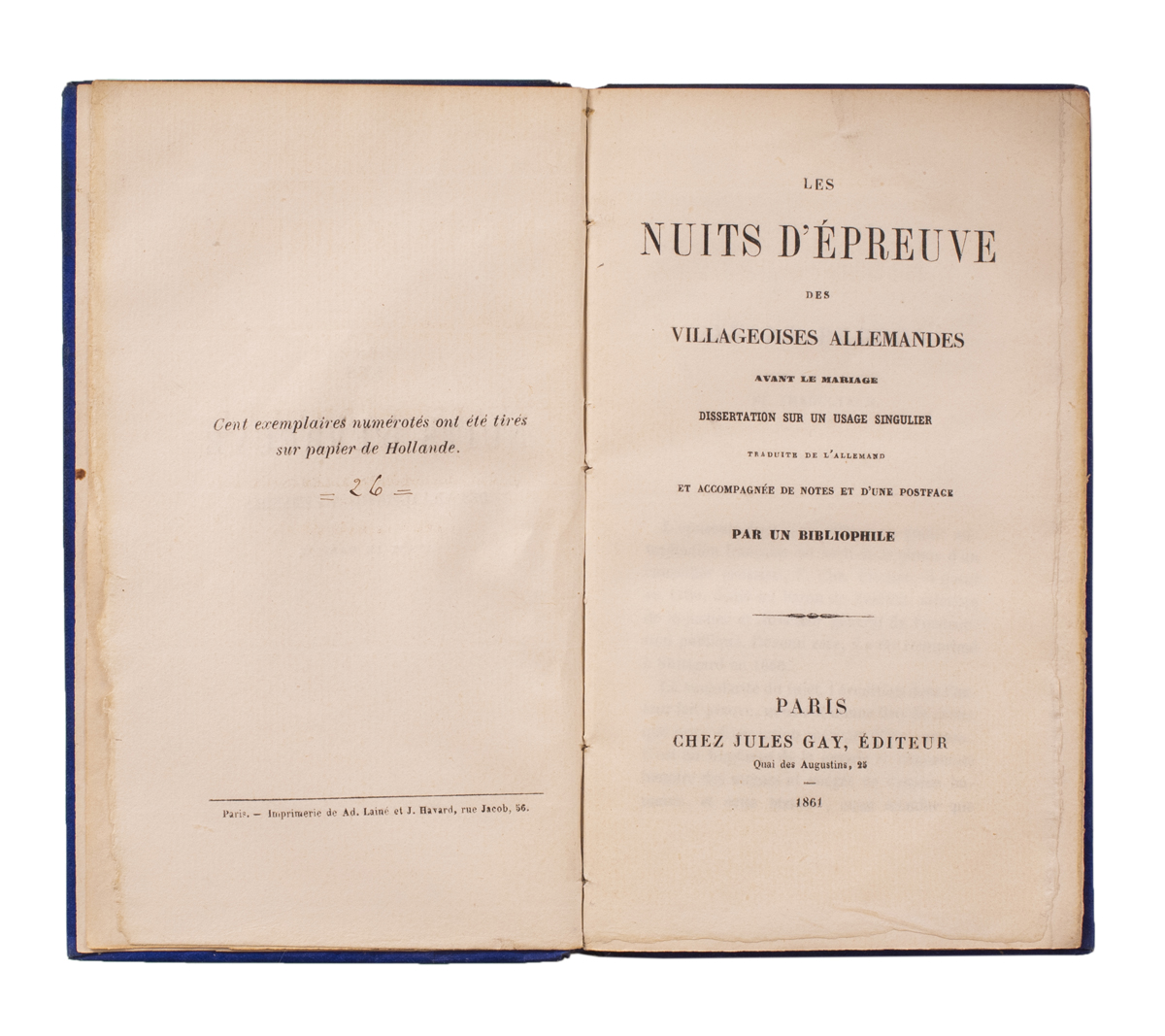 First edition in French, numbered 26 of 100 copies, of this obscure study, first published in 1780 as Über die Probenächte der teutschen Bauernmädchen (‘On the Rehearsal Nights of Teutonic Peasant Women’). Brunet’s ‘postface’ builds on the comparisons made in Fischer’s original essay between the Congolese practice of pre-marital, conjugal co-habitation and those of medieval German peasants, adding case studies of various cultures: ‘Oriental’ prostitutes of the modern era; the indigenous peoples of the Tierra del Fuego; and Balearic and Polynesian Islanders.