Added to your basket:
An Account of the musical Performances in Westminster-Abbey, and the Pantheon, May 26th, 27th, 29th; and June the 3d, and 5th, 1784. In Commemoration of Handel ...

First edition. The Handel Commemoration Concerts of 1784, conceived the previous year by Viscount Fitzwilliam, Sir Watkins Williams Wynn and Joah Bates to celebrate the centenary of the birth of George Frederick Handel, were performances on a scale then unprecedented in England. On the morning of Wednesday 26 May 1784 at Westminster Abbey (where Handel is buried), 525 musicians and singers performed the Dettingen Te Deum, one of the Coronation Anthems, one of the Chandos Anthems, part of the Funeral Anthem, and a few shorter pieces. The next evening at the Pantheon a smaller group performed various songs and choruses, sacred and secular, four concertos, and an overture, and on the Saturday morning the full company returned to the Abbey to perform ‘Messiah’. So successful were the concerts in the Abbey that they were repeated in full the next week. The event raised £6000 for the Royal Society of Musicians, and £1000 for the Westminster Hospital.

This lavishly illustrated quarto recording the events was published under the close supervision of its dedicatee, the King, whose unscheduled suggestions for additional material led to the plethora of cancels and the chaotic pagination. The dedication was by Johnson, and according to Hazen was ‘probably the last work that [he] prepared for the press’. 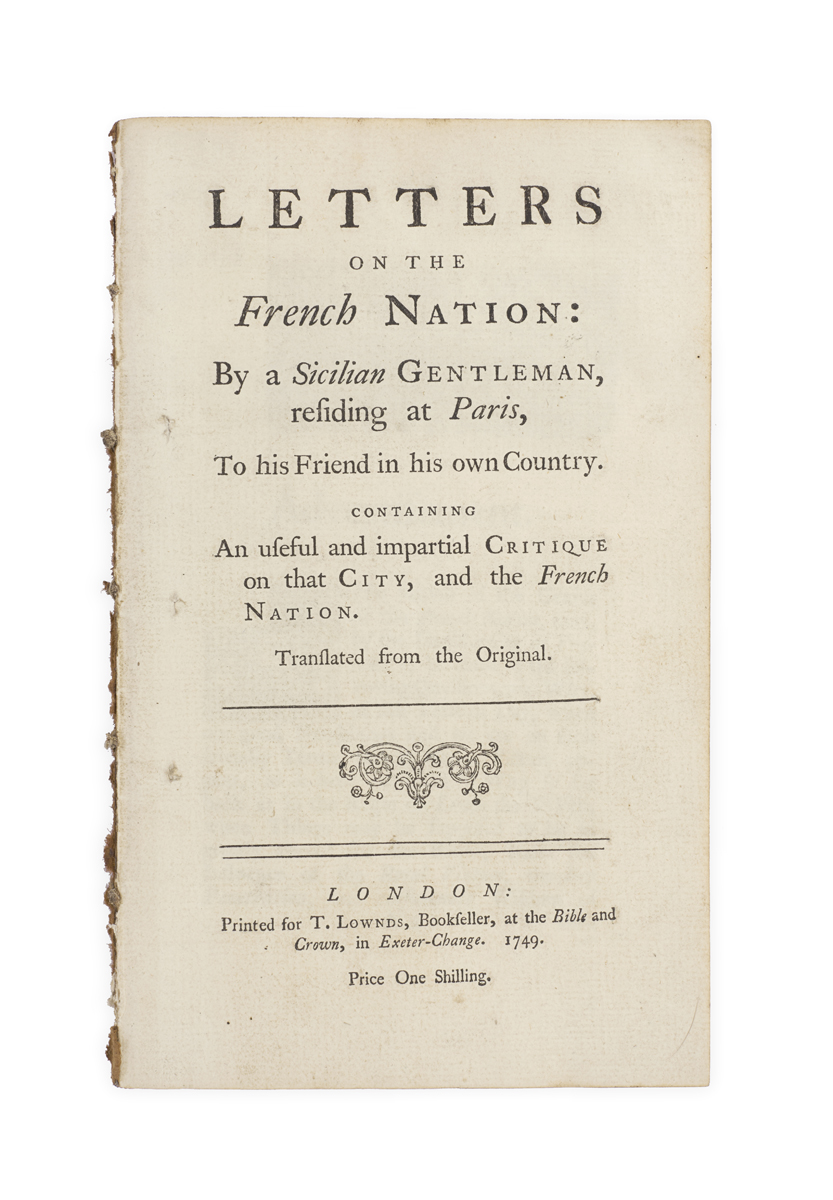 Letters on the French Nation, by a Sicilian Gentleman resident in Paris, to his Friend in his own Country.  Containing an useful and impartial Critique on that City, and the French Nation.  Translated from the Original.

First edition of this translation, very rare, of a work first printed in French in Paris in 1700 (see below) and, in a different translation, in English in 1704 as An agreeable Criticism of the City of Paris.