First and only edition of a very rare work of Canon law: a manual for curiales de Roma, officials charged with implementing Canon law in the Spanish provinces. The handbook first of all recommends the most financially convenient and effective ways of transferring payments to Rome and of maintaining trusted contacts and regular correspondence with both Madrid and Rome: both necessary conditions for effective governance. It then sets out the Canon regulations on benefices, including details on how to express their value in currency. Among other things it discusses the controversial subject of the coadjutoria, a sort of semi-pension given on grounds of ill health or old age; it gives a table with the costs for acquiring matrimonial dispensations under a variety of circumstances; it exemplifies cases of uncertain jurisdiction, and finally sets out the regulations on the ownership, use and disposal of ill-obtained goods – remarkably including libraries.

Only one other extant copy, at the BNE.

The history of the revolutions of Portugal. By M. l’Abbe de Vertot, member of the Royal Academy of Inscriptions and of the Belles Lettres. Translated from the French.

Uncommon first Glasgow edition of this English translation of the Histoire des révolutions de Portugal, a classic account of the Portuguese Restoration War against Spain (1640-1668) by the French historian René-Aubert Vertot (1655-1735). 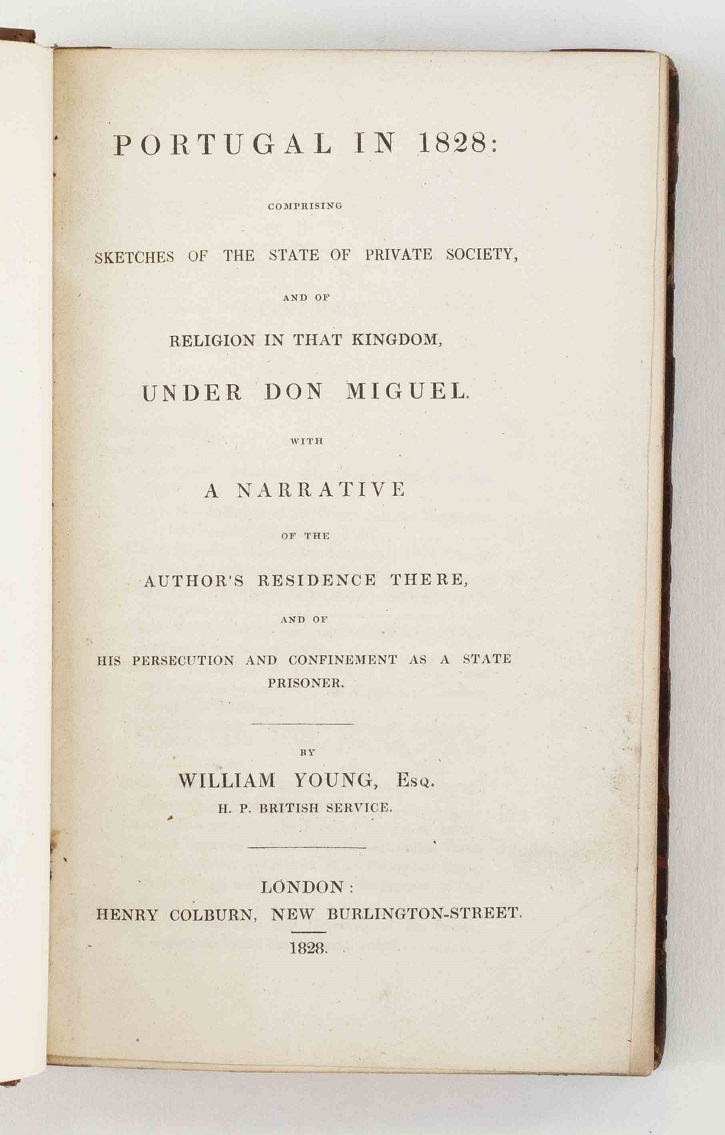 A PRISONER IN PORTUGAL YOUNG, William.

Portugal in 1828: comprising sketches of the state of private society, and of religion in that kingdom, under Don Miguel. With a narrative of the author’s residence there, and of his persecution and confinement as a state prisoner ...

First edition of this important account of Portugal at the outset of the reign of Miguel I, who became regent in February 1828 and proclaimed himself king in July, and who was variously nicknamed ‘the absolutist’ and ‘the usurper’.