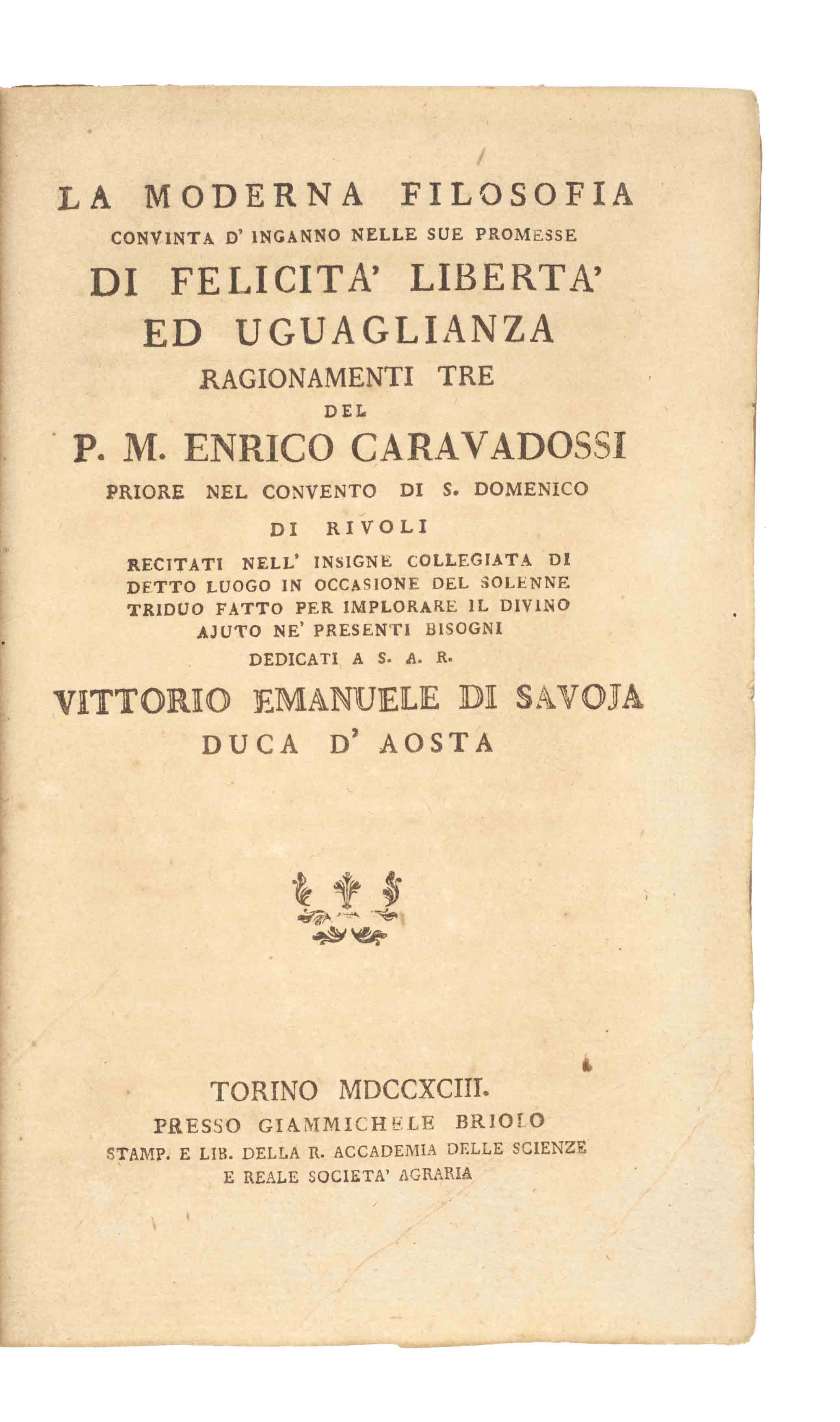 8vo, pp. ix, [i] blank, 70; some browning due to paper quality throughout, but otherwise clean; in later plain wrappers; indents to foredge (from being tied in bundle?), still a good copy.

First and seemingly only edition of this attack on the false promises of the philosophes, by the Torinese Dominican friar Enrico Caravadossi.

Repeating as a mantra the warning Videte, ne quis vos decipiat per Philosophiam, Caravadossi divides his polemic into three sections, drawing on sources both biblical and patristic to arm the reader against the seductions of the philosophers, with their suggestions that they have the key to happiness, freedom, and equalty. He is careful not to offer too much of a taste of philosophical temptation, citing the names of Rousseau, Hobbes, Montesquieu and Volter, but never going so far as to quote them.

Caravadossi appears to have published little beyond this book; by 1809, he was professor of dogmatic theology at Parma, a position he seems to have held into the 1820s.