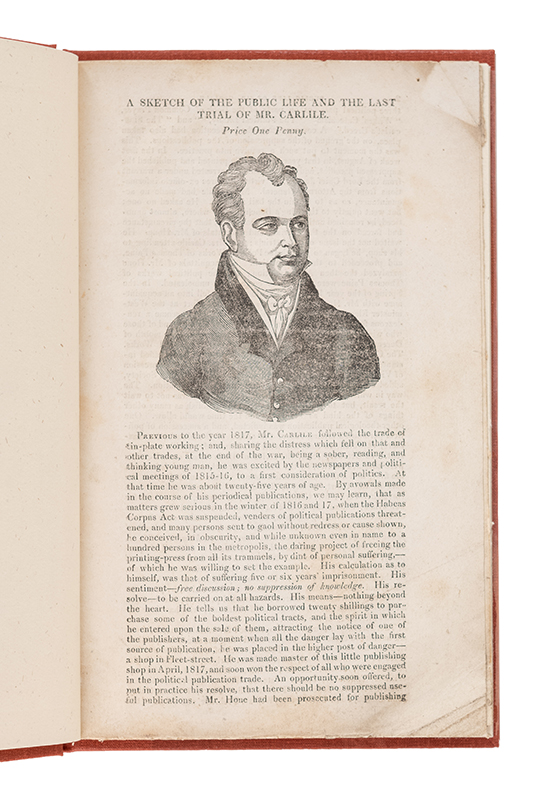 Added to your basket:
A Sketch of the public life and the last trial of Mr Carlile.

First edition, rare. In late 1830, Carlile was indicted for writing in support of the Swing disturbances in his journal The Prompter. In January 1831 he appeared at the Old Bailey on charges of seditious libel and was sentenced to two years’ imprisonment and fined £200.

‘Mr Carlile is certainly one of those extraordinary men, who now and then rise up from among the oppressed labourers of an ill-governed country; and adding to a knowledge of the condition of that part of the people from whence they have sprung the boldness and the honesty to seek amelioration, and to spurn all compromise, do, from time to time, work considerable changes’ (p. 3).

Only the Harvard copy in the US on WorldCat.

The speech of the Viscount Palmerston, in the House of Commons, on Wednesday, the 19th April, 1837, on the civil war in Spain.

First edition. This is a presentation copy, inscribed ‘With the author’s compliments’ at the head of the half-title.