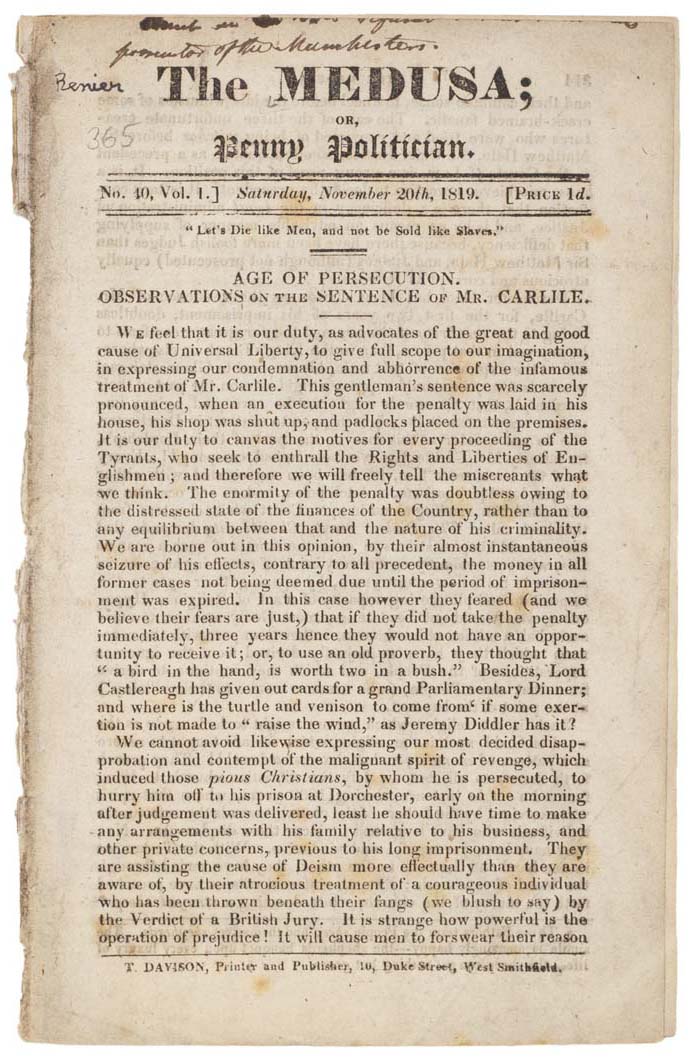 Single issue of a very rare radical periodical, containing articles objecting to the imprisonment of Richard Carlile, and a letter by Henry Hunt on the Peterloo Massacre.