Celsus is one of our best sources concerning medical knowledge in the Roman world, and, extraordinary as it may seem, ‘much of the practice [he] described was not superseded until the nineteenth century’ (Oxford Companion to Classical Literature). In this edition, his text is glossed with abundant commentary by the Flemish physicians Jérémie de Dryvere (1504–1554) and Baudouin Ronsse (d. 1596).

This copy has numerous marginal annotations, mostly in French, by one Franciscus Felicius. His notes to book 1 show an interest in the stomach and the effects of cold, while those to book 2 demonstrate a particular concern for symptoms of illness – including fevers, loss of weight around the waist, and abnormal urine – as well as veins.

It later passed into the hands of Charles Seron (d. 1692), who served as physician to François-Michel le Tellier, Marquis de Louvois, Secretary of State for War, and then to Louis XIV at Versailles. Seron was twice accused of poisoning: firstly one Vanden Meersche in order to marry his widow, and secondly Louvois himself. The gossipy memoirist Saint-Simon even claimed that Seron had confessed to Louvois’ murder in his death throes. 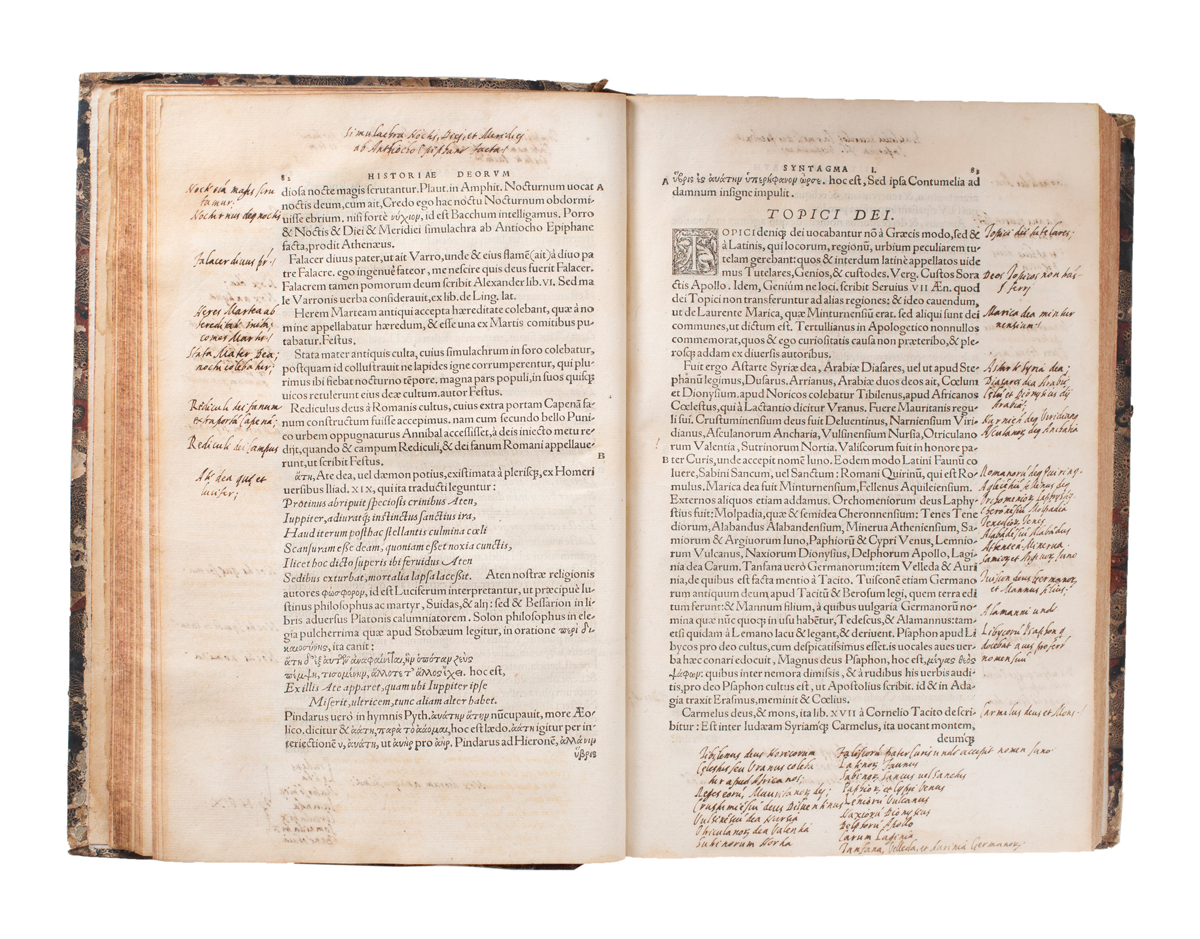 First edition of the most important mythography to be published after Boccaccio’s Genealogiae deorum gentilium and before Conti’s Mythologiae, with extensive marginalia in the first part.