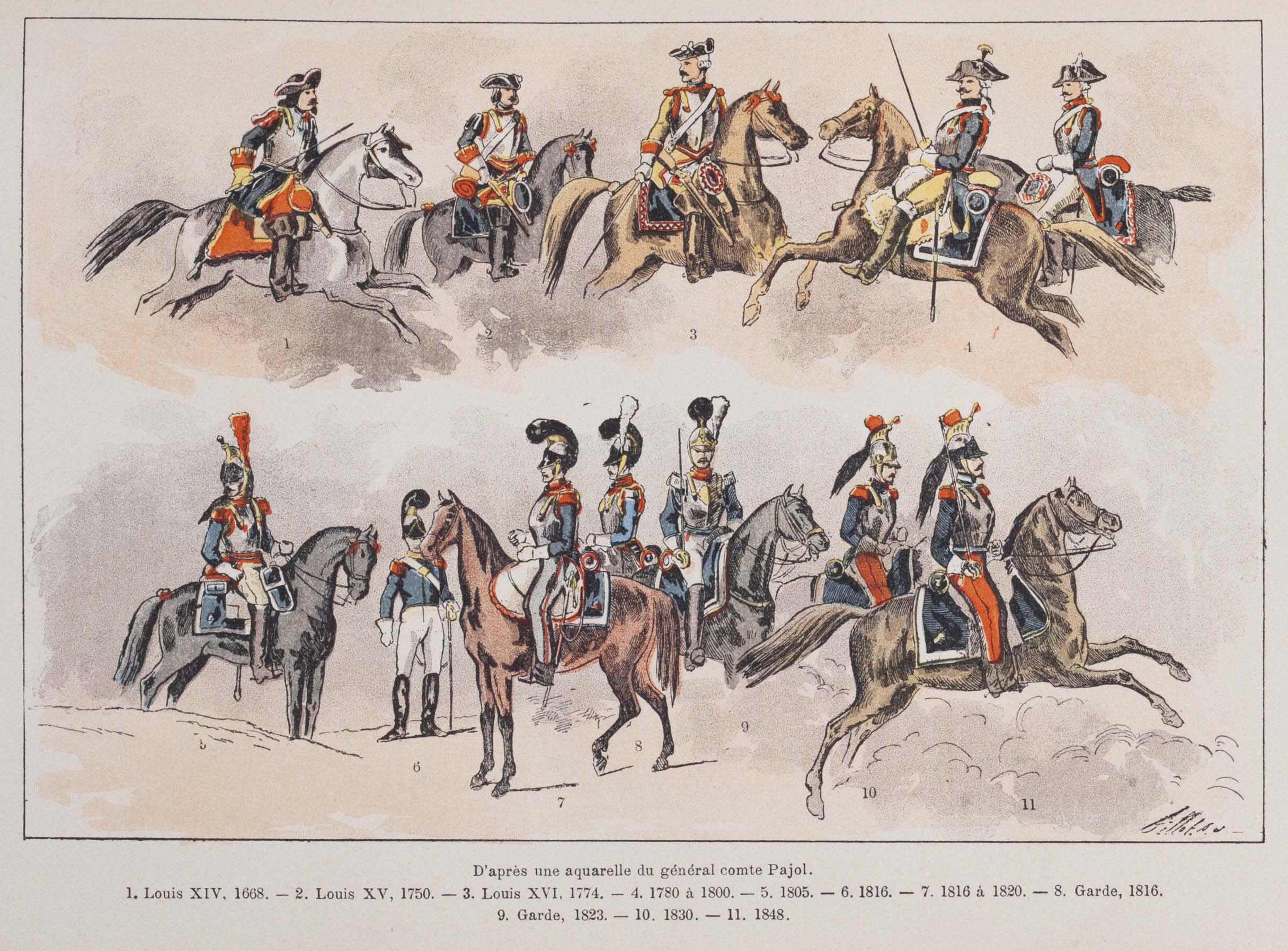 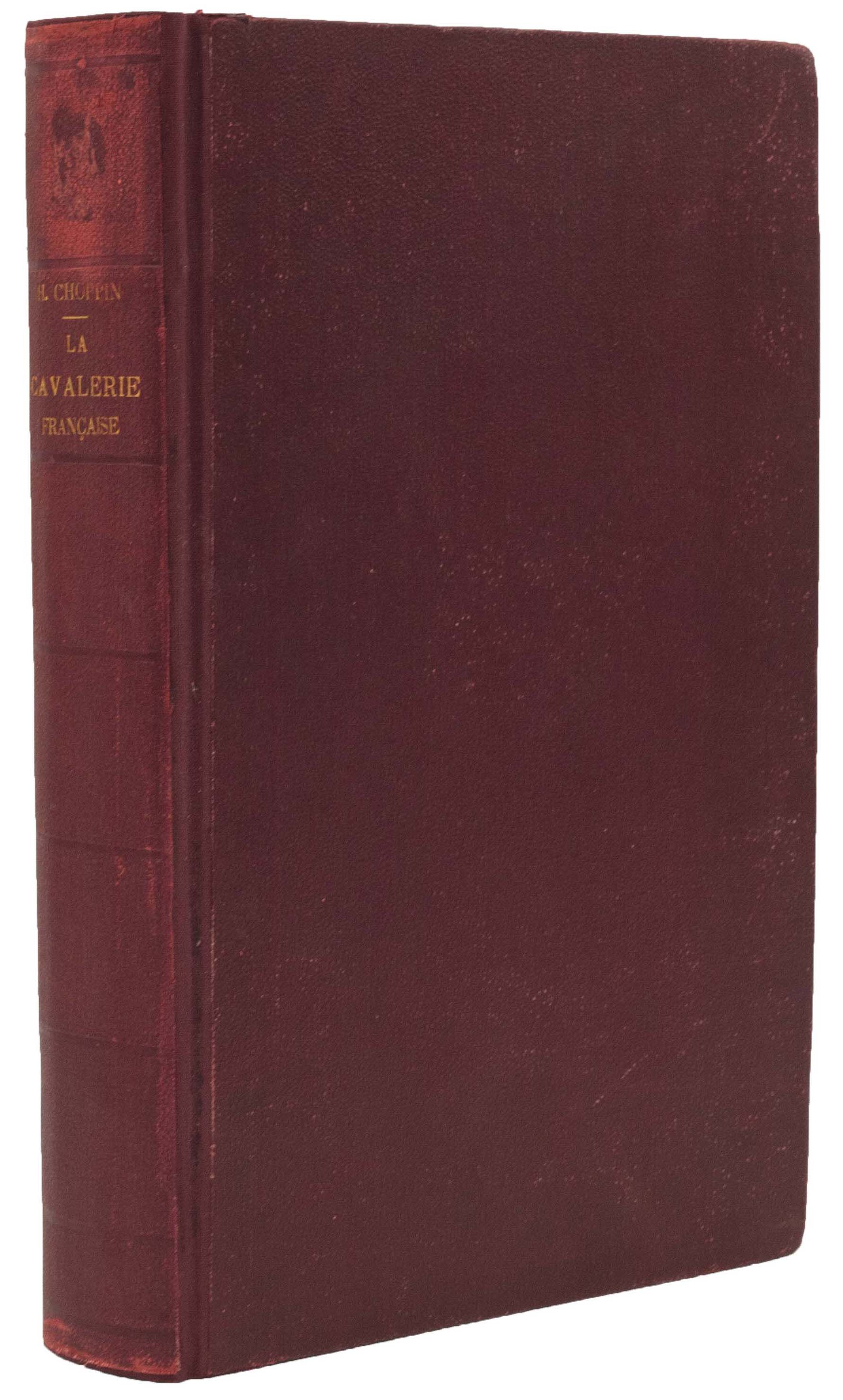 First edition of a well illustrated history of the French cavalry. A cavalry captain, Henri Choppin (1831–1916) published widely on the French military: the first of several works devoted to the cavalry, La cavalerie française is handsomely illustrated throughout and accompanied by sixteen hand-coloured lithographs of mounted cavalrymen.