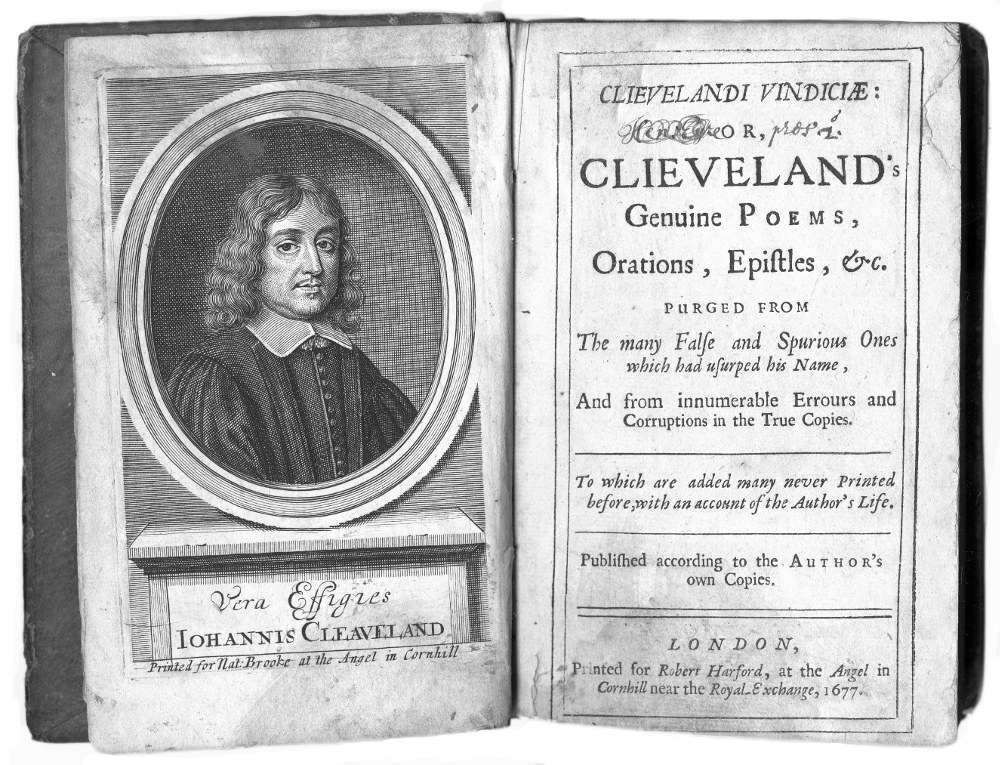 Small 8vo., pp. [22], 239, [1], with frontispiece portrait (soiled) but wanting the half-title; a little soiling to title-page and a name (Hen. Eyre) partly scribbled out, one nick to blank fore-edge; ink-stain on B8, otherwise a very good copy in contemporary sheep, rebacked.

Added to your basket:
Clievelandi Vindiciae: or, Clieveland’s Genuine Poems, Orations, Epistles, &c. purged from the many false and spurious ones which had usurped his Name, and from innumerable Errours and Corruptions in the true Copies. To which are added many never printed before, with an Account of the Author’s Life ...

First edition, the issue with Robert Harford’s imprint. This ‘vindicatory’ text was prepared by Cleveland’s former students John Lake and Samuel Drake from authentic manuscripts to restore true readings to poems that had degenerated through six editions of The Character of a London-Diurnall (1647), seventeen successive editions of Poems (1651-69), and, worst of all, Cleaveland revived (1659-67), where only two of thirty-seven poems in the first printing were genuine.

The royalist poet John Cleveland (1613-1658) was ‘the first champion that appeared in verse for the King’s cause against the presbyterians’ (Anthony à Wood). At Cambridge his time at Christ’s partly overlapped Milton’s. Both contributed to the elegiac miscellany Justa Edouardo King (1638), Milton memorably (Lycidas), Cleveland less so (‘I am no Poet here; my Pen’s the Spout / Where the Rain-water of mine eyes runs out’). After the outbreak of the Civil War he joined the King’s camp at Oxford, and in 1646 he was at Newark when the garrison fell. Like many royalists he lived obscurely for some years, although he was imprisoned briefly at Yarmouth in 1655.

Clievelandi vindiciae is divided into three parts: Love Poems, Poems on State-Affairs, and Miscellanies. The State Poems include ‘Smectymnuus, or the Club Divines’, ‘The Mixt Assembly’ (a satire on the Westminster Assembly), ‘The Rebel Scot’, ‘The King’s Disguise’, and ‘Rupertismus’. Miscellanies, mainly in prose, includes The Character of a London-Diurnall, written at Oxford, satirizing the false news and feeble intelligence of the London news sheets.

‘Only chronologically was he the contemporary of Milton; the two poets lived in different worlds’. Cleveland’s world was that of a poet ‘fighting to defend a crumbling order’ (Morris), ‘the most sophisticated satirist writing during the war’ (C. V. Wedgwood). Though read more today for historical interest than for his verses, Cleveland’s brisk, mordant manner was wildly popular in its time; his poems went through more than twenty-five separate editions between 1645 and 1700, during which time Milton’s shorter Poems were published twice. But by 1700 Cleveland’s reputation had sunk almost without trace, never to be revived. 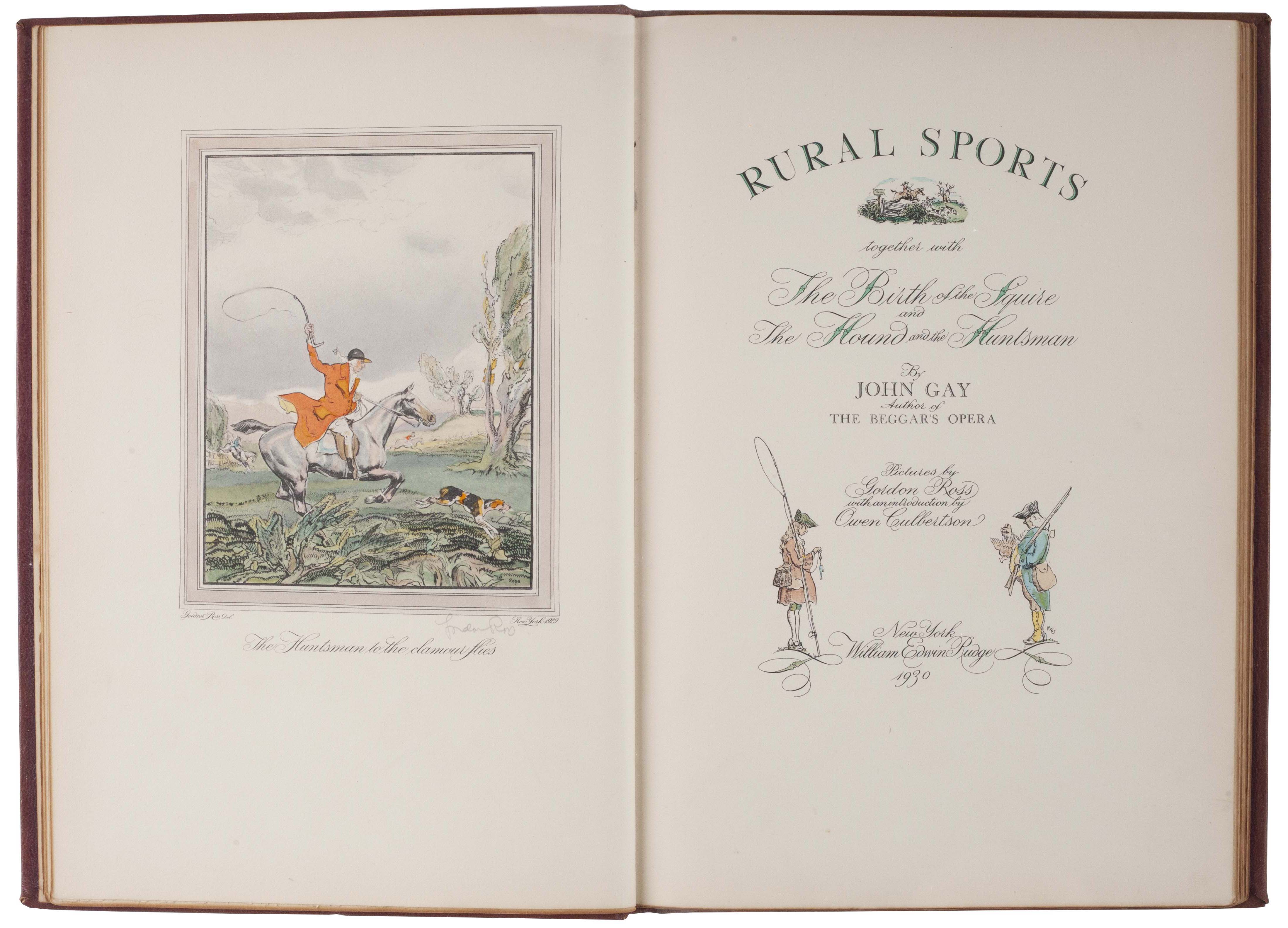 Rural Sports, together with the Birth of the Squire and the Hound and the Huntsman … with an Introduction by Owen Culbertson.

Limited edition, numbered 94 of 200 copies for sale, signed by the artist. A handsome edition with hand-coloured illustrations by the sporting watercolourist Gordon Ross (1873–1946).