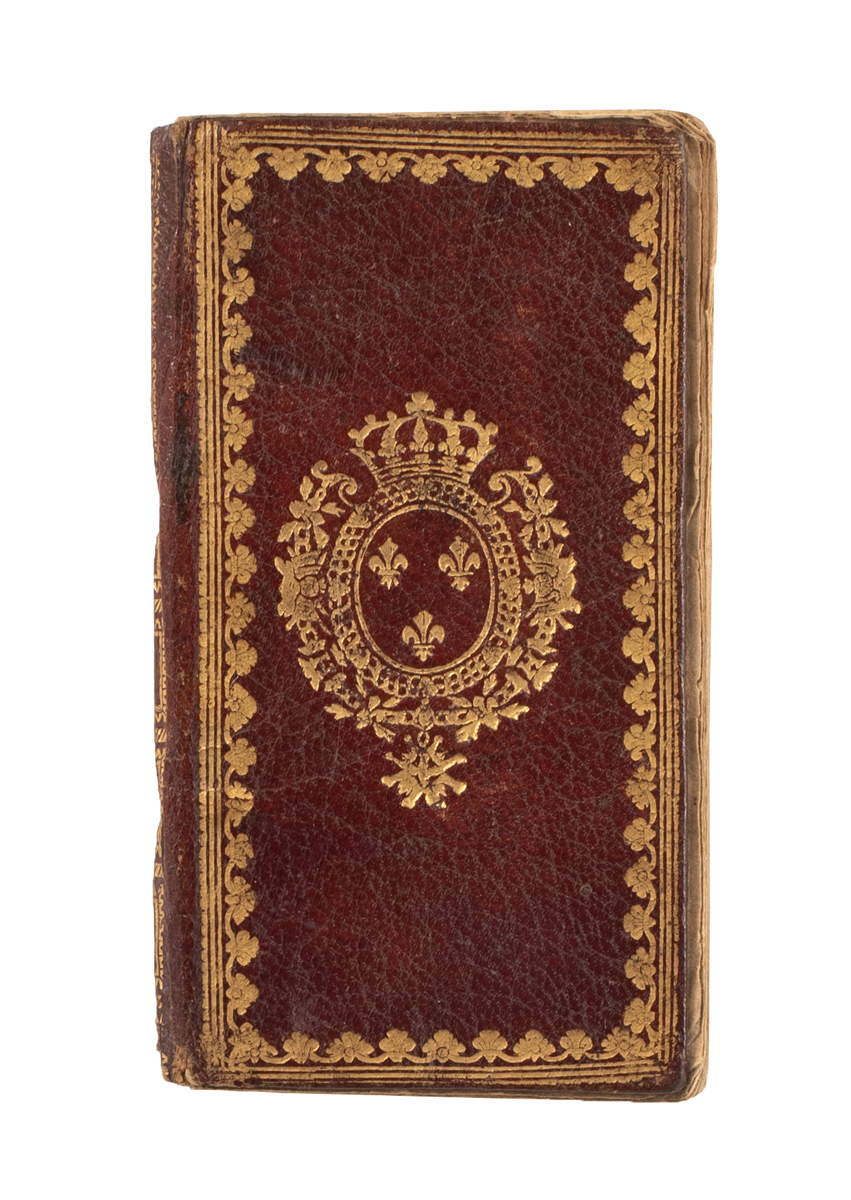 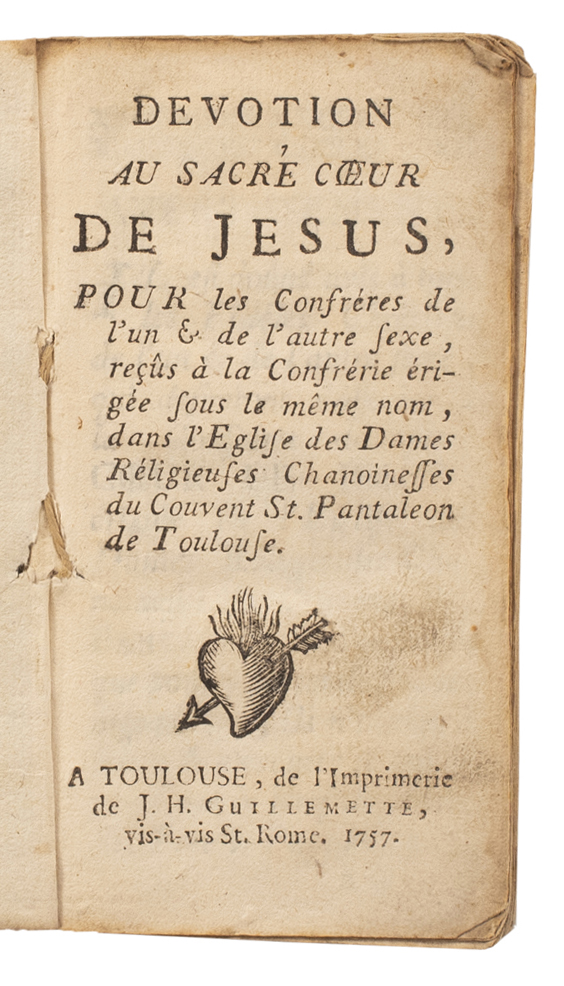 Very rare pocket-sized devotional manual for both male and female members of the Confraternity of the Sacred Heart of Jesus established at the fourteenth-century Convent of Saint-Pantaléon of the Canonesses Regular of Saint Augustine in Toulouse.

The confraternity was open to both women and men, with members expected to undertake acts of piety and charity.  The text here begins with a papal brief issued by Clement XII in 1736 explaining the privileges granted to current and future members, including those assisting at burials and in teaching the word of God.  Then follows a series of meditations on the feast of the Sacred Heart, acts of consecration, adoration, love, contrition and penance, and several prayers and litanies.  The avertissement at the start states that anyone wishing to join the confraternity should apply to ‘Madame la Sacristaine’.

Jean-Henri Guillemette (1714–1777) served as printer to both the university and the royal college of surgery of Toulouse, and also sat as an avocat in the city’s parlement.

No copies traced in the UK or US.  CCfr finds only one copy, at the Bibliothèque Universitaire de l’Arsenal, Toulouse. 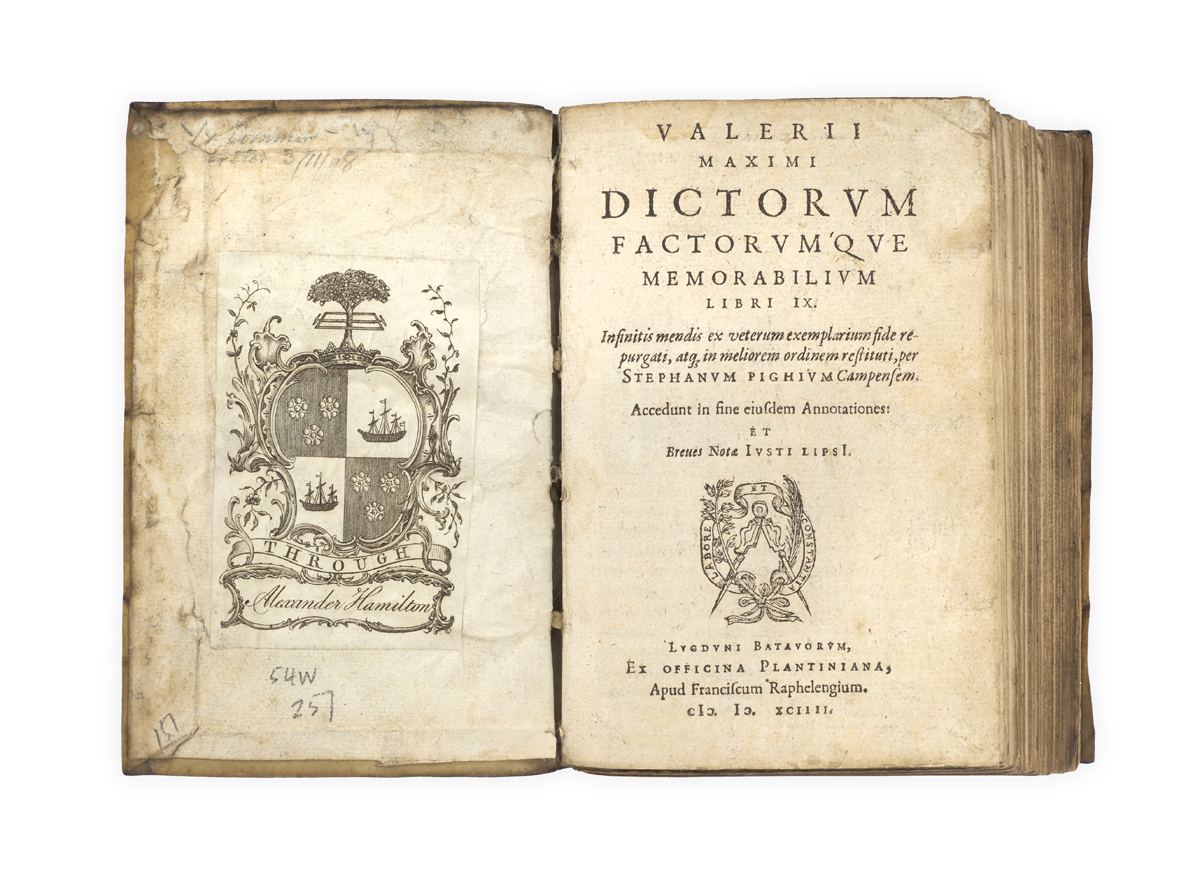 A beautifully bound copy of one of the most popular prayer books in the Netherlands.  Originally published in German as Das himmlisch Palm-Gärtlein (1660) by the Cologne Jesuit Wilhelm Nakatenus, it was anonymously translated into Dutch (by ‘H.F.G.V.’) and, due to its enormous success, it was reprinted multiple times well into the nineteenth century.