Added to your basket:
Twenty-Four Sermons preached at the Merchant-Lecture at Pinners Hall …

First edition, published posthumously, an uncommon collection of sermons by Timothy Cruso, schoolfriend of Defoe, who memorialised his name in Robinson Crusoe.

Cruso (1657-1697), Defoe’s school-fellow at the dissenting academy in Newington Green, became minister to the Presbyterian congregation at Crutched Friars in 1687. He ‘had a reputation well into the eighteenth century as an outstanding and inspirational preacher’ (Oxford DNB), and later filled a vacant lectureship at Pinners Hall after the exclusion of Daniel Williams. He published several separate sermons, but the present collection, edited by Matthew Mead(e) is his best known work. 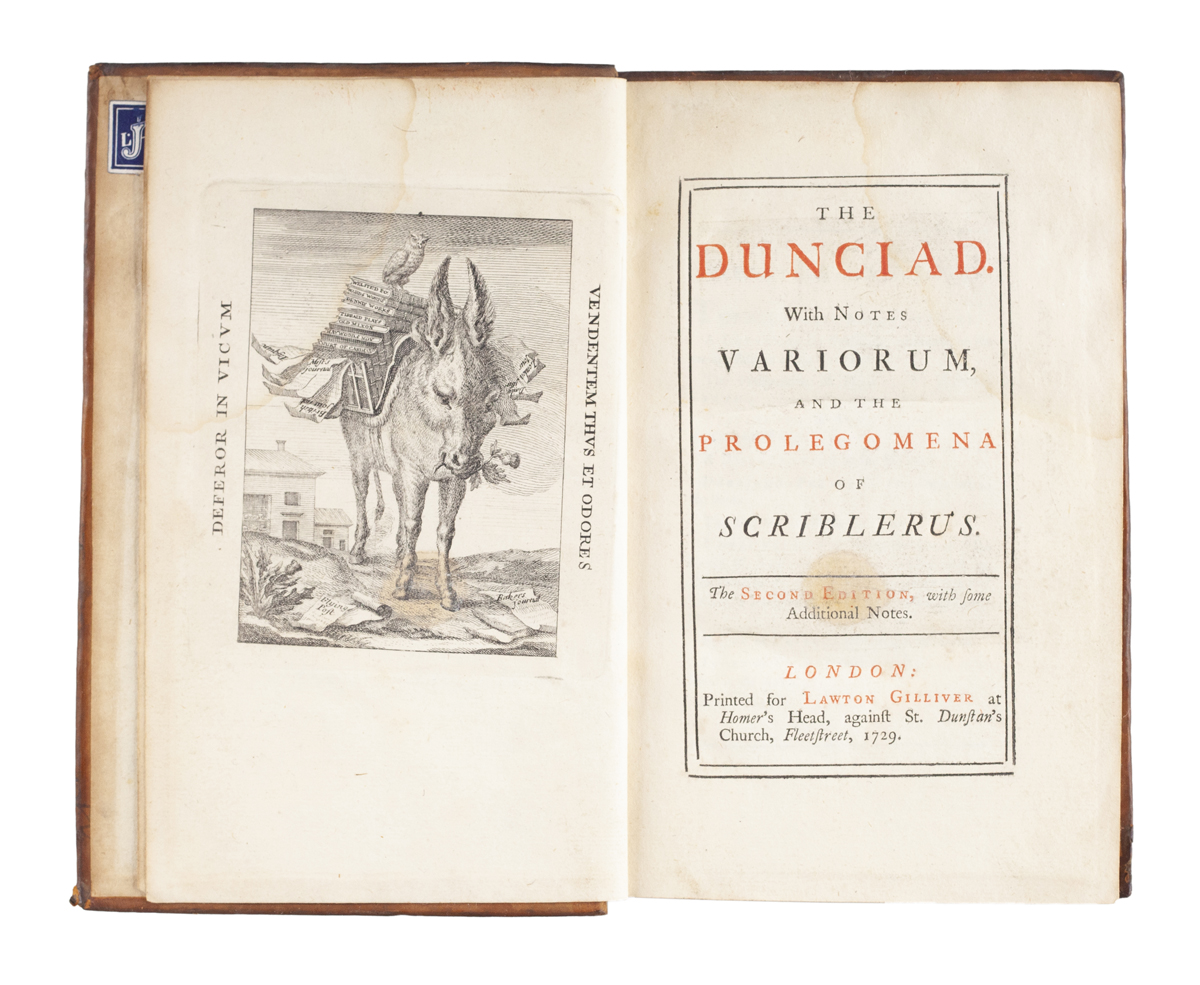 The Dunciad. With Notes variorum, and the Prologomena of Scriblerus. The second Edition, with some Additional Notes.

‘Second’ octavo edition, revised. This is Griffith’s variant d, with an extra unpaginated leaf of terminal errata (printed on the same half-sheet as the cancel P3).