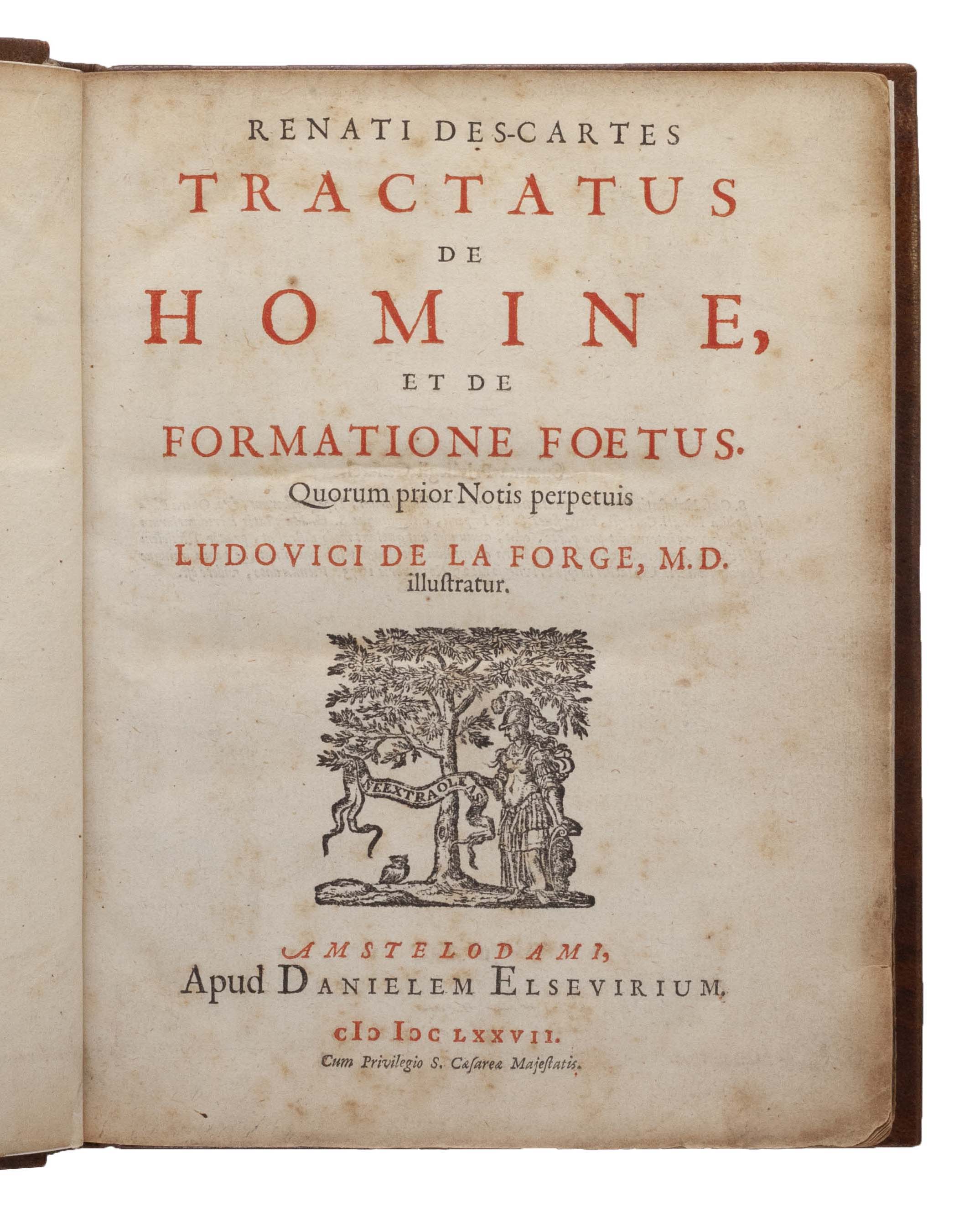 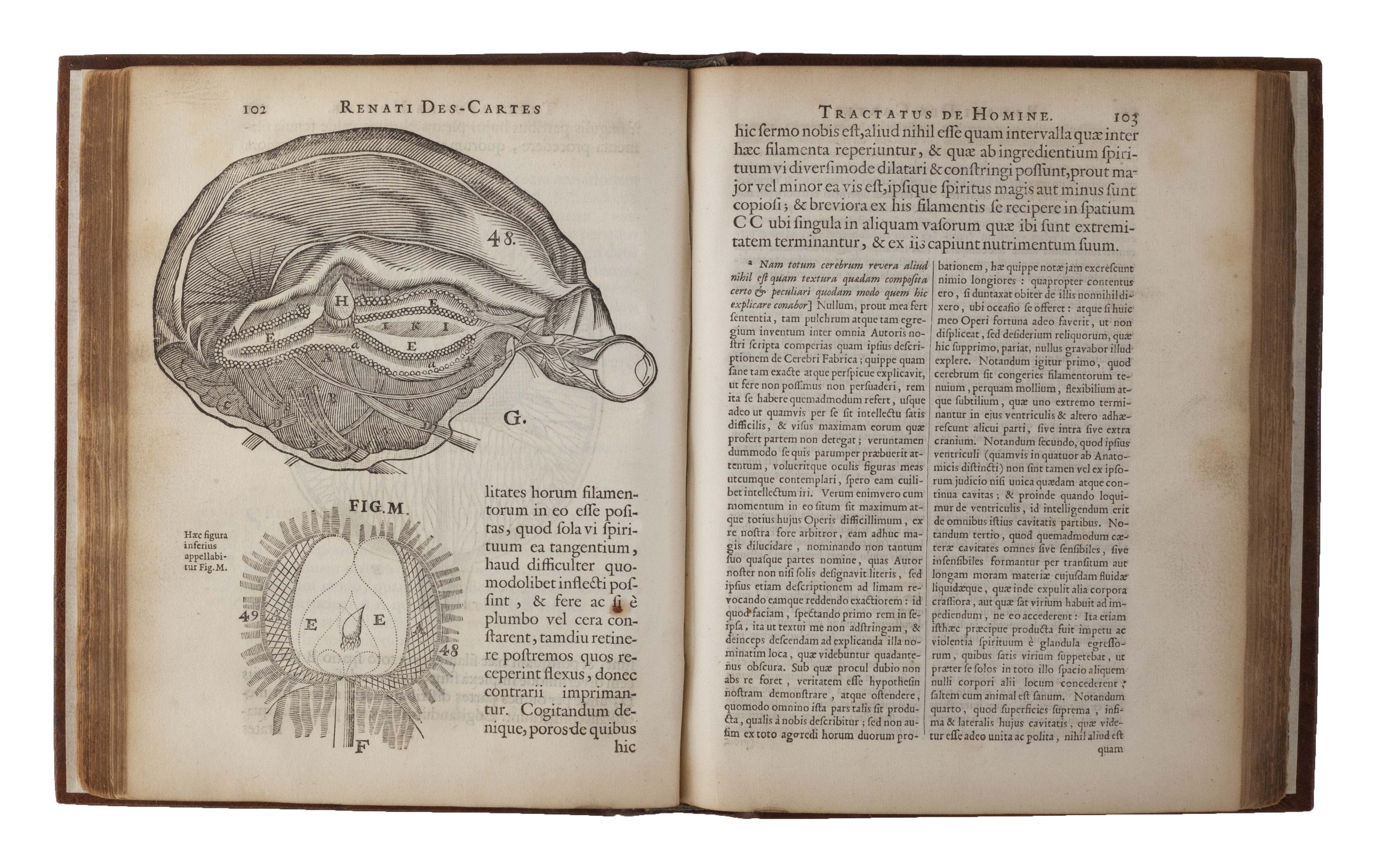 First and only Elzevir edition, and the first edition of the better Latin text of Descartes’s Traité de l’homme. De homine ‘is the first work in the history of science and medicine to construct a unified system of human physiology that presents man as a purely material and mechanical being: man as machine de terre. In conceptualizing man as a machine, Descartes helped emancipate the study of human physiology from religious and cultural constraints and validated a clinical and experimental approach to anatomy and physiology.’ (Grolier).

Withheld from the public while Descartes was alive for fear of censure by the Catholic church, the text was first printed in 1662 from a flawed manuscript. A French translation appeared in 1664, followed by the present corrected Latin edition published by Elzevir, with diagrams after la Forge and von Gutschoven and an extensive introduction by Clerselier.

A sketch of the improvements, now carrying on by Sir John Sinclair, Bart. M.P. in the county of Caithness, North Britain.

First edition, presentation copy, with attractive engravings showing a ‘Plan of the new town of Thurso’, an ‘Improved elevation and plans of Janet Street in the new town of Thurso’, a ‘Plan of certain farms on the river Thurso ... intended partly to be let in small lots on improving leases to new settlers’, and ‘Sketch of the fishing village of Brodiestown intended to be created at Sarilet’.