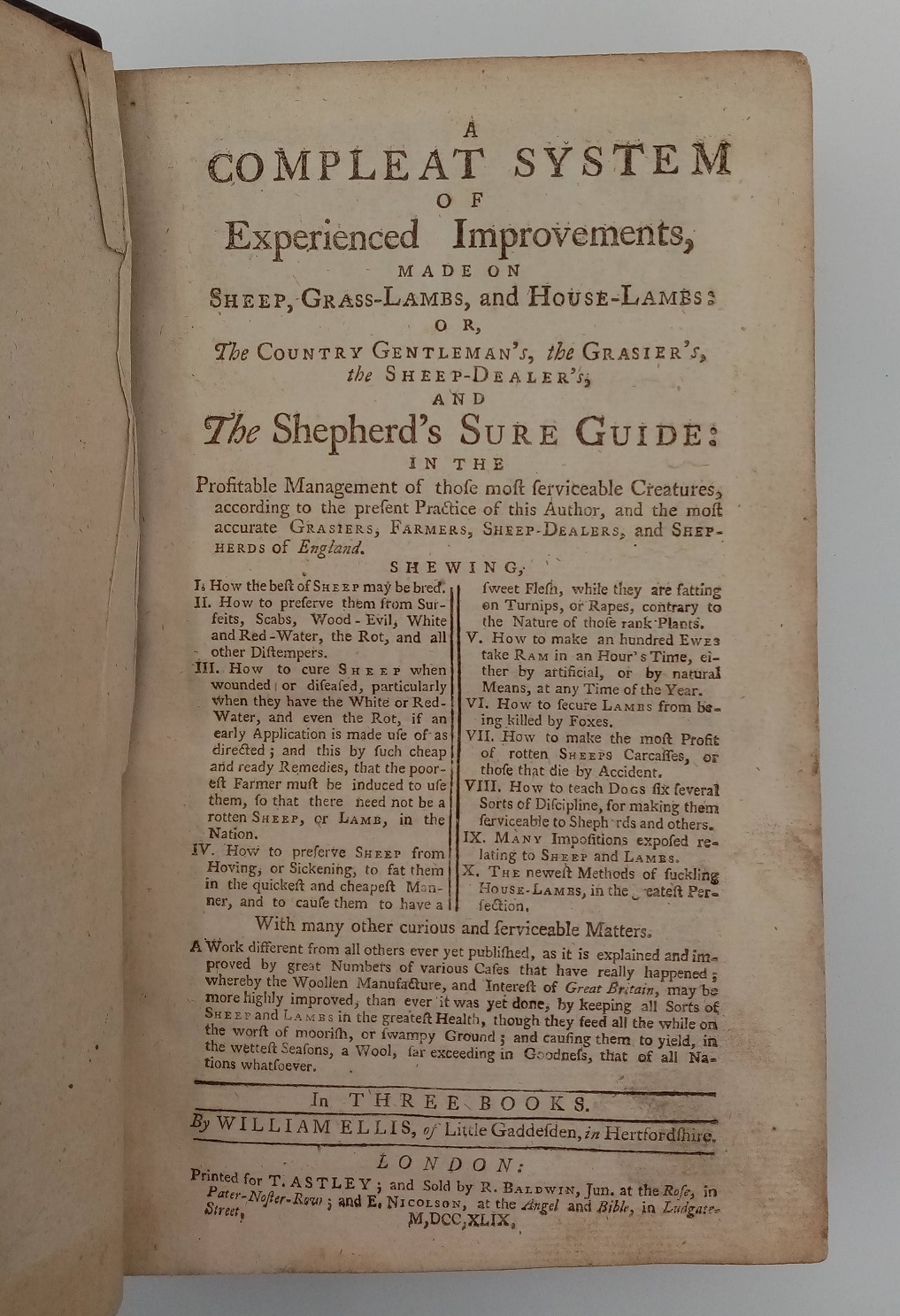 Added to your basket:
A Compleat System of Experienced Improvements Made on Sheep, Grass-Lambs and House-Lambs ...

William Ellis, a brewer from London, moved to Church Farm in the Chiltern area after marrying a rich widow. Deeply unimpressed by the conservative and unproductive methods he found practised by local farmers, he set about to experiment in crop production, soil improvement, and husbandry. His books on the subject made him one of the most sought-after farm management consultants in Britain. Thomas Jefferson’s library at Monticello included his brewing manual.

First edition of Swedenborg’s ‘New Jerusalem’, in which he describes a new church based on faith, charity and the unification of existing protestant churches.

The philosophy of necessity; or, the law of consequences; as applicable to mental, moral, and social science.

First edition. Bray (1811-84), a Coventry ribbon manufacturer, was converted to phrenology by George Combe, with whom he formed a close association; he was also close in early life to George Eliot and to Herbert Spencer. The Philosophy of Necessity was published during the Chartist ferment, when Bray was a firm adherent of Owenite social ideas, and active in the workers’ educational and cooperative movement in Coventry. His intention was to provide a natural philosophy, or a psychology, of ethics and social science, asserting the regularity and essential benevolence of natural laws, governing mind as well as matter: ‘…the laws of the moral world are, through the instrumentality of pleasure and pain, and of the definite constitution given to man by his Maker, as fixed and determinable as the laws of the physical world’ (preface). From this he derived - unlike Combe, and in the face of the individualism dominant in natural philosophy and theology in the 1840s, a social principle of cooperation. For a stress on Bray’s influence, and his significance as a precursor of the ‘incarnational social thought’ which was pervasive in Britain by the time of this edition, see Boyd Hilton The Age of Atonement (1988), pp. 324-5.