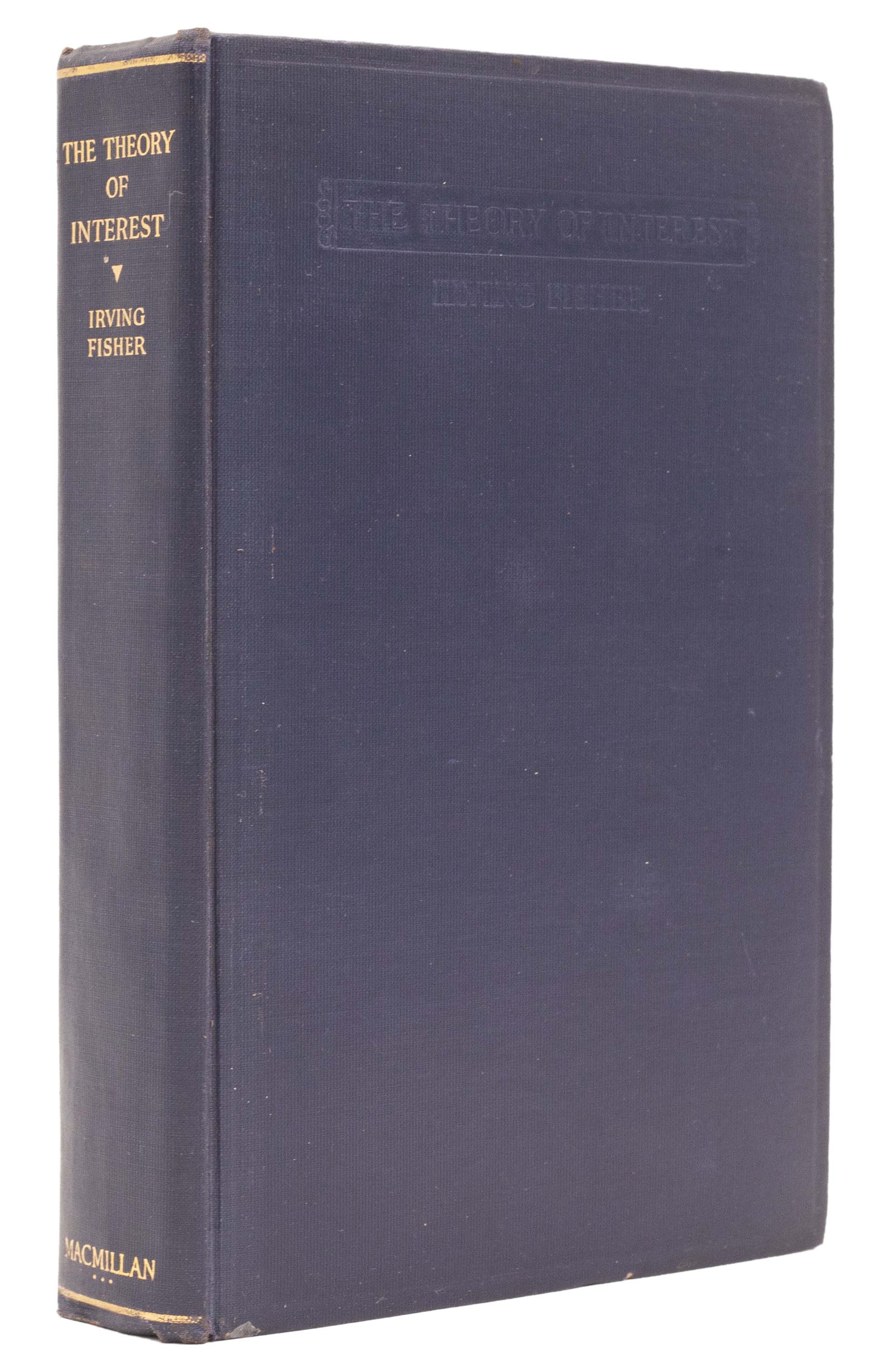 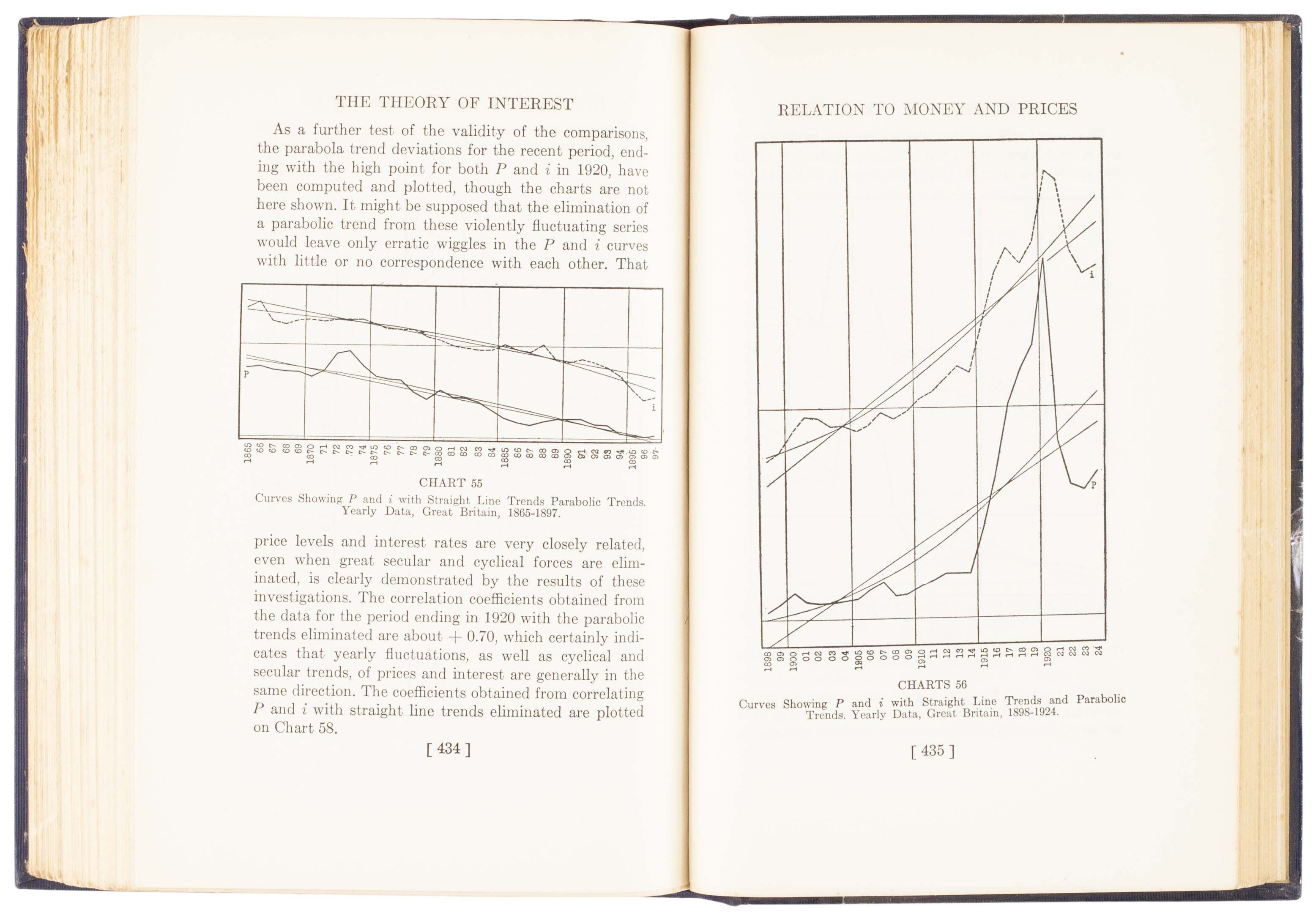 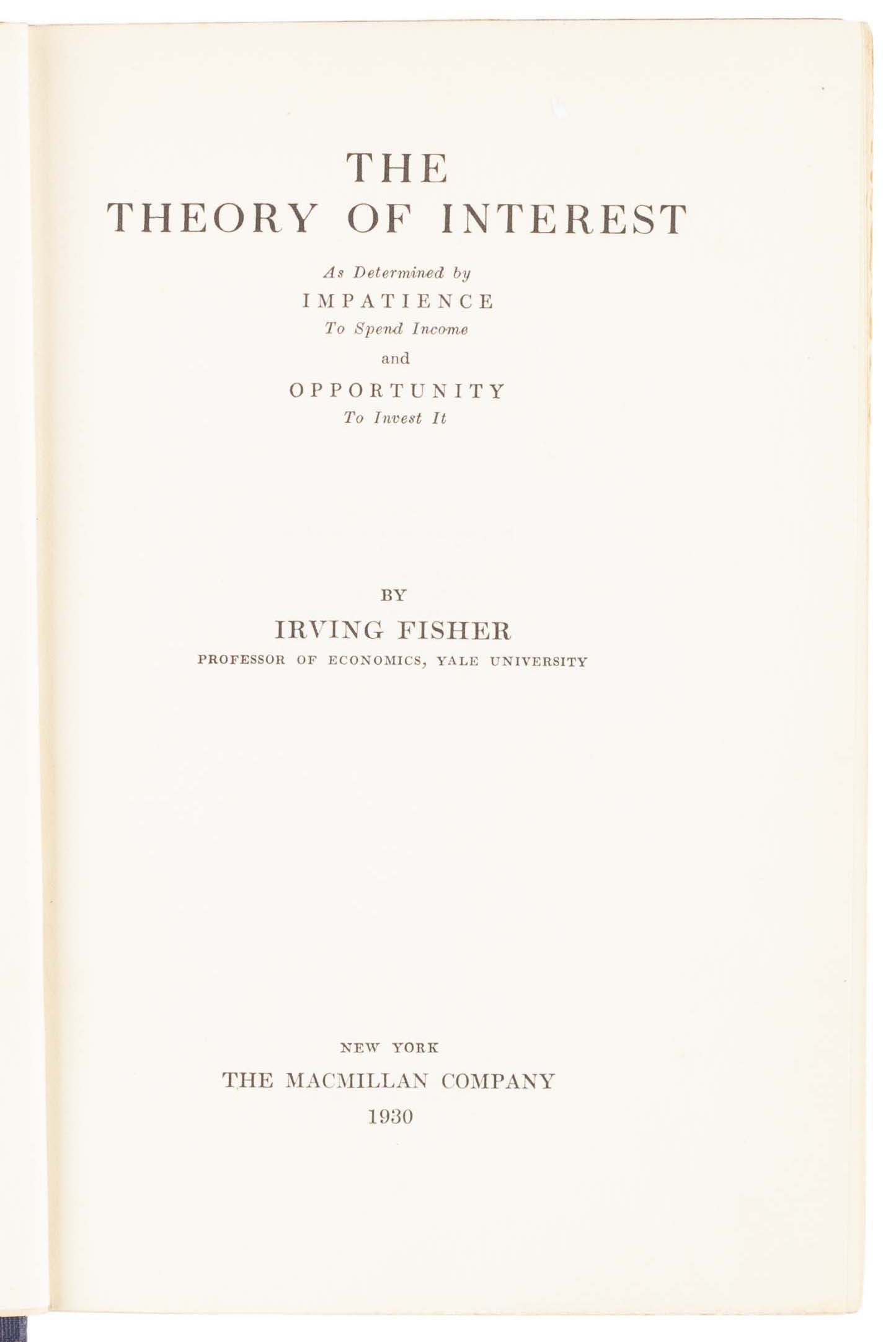 Added to your basket:
The theory of interest. As determined by impatience of spending income and opportunity to invest it.

First edition. Fisher’s Theory of Interest, a revised version of his earlier book The Rate of Interest (1907), was dedicated to John Rae and Böhm-Bawerk, and is a further development of their ideas: ‘its greatness as a book lies wholly in its outstanding pedagogic qualities... [which] amounted to the demonstration that the real rate of interest is determined by both demand and supply, by the demand for production and consumption loans on the one hand and the supply of savings on the other’ (Blaug).

One reason for this revision was that Fisher’s critics apparently did not understand the 1907 version. Critics at that time typically concentrated on the ‘impatience’ side of Fisher’s theory of intertemporal allocation and missed the ‘opportunities’ side. In contrast, Fisher did claim originality for his concept of ‘investment opportunity’. This turns on ‘the rate of return over cost, where both cost and return are differences between two optional income streams’ (The New Palgrave II, p. 372). ‘[Fisher] proceeded as if there were just one aggregate commodity to be produced and consumed at different dates. This simplification enabled him to illuminate the subject more brightly than Walras’ (ibid., p.372).