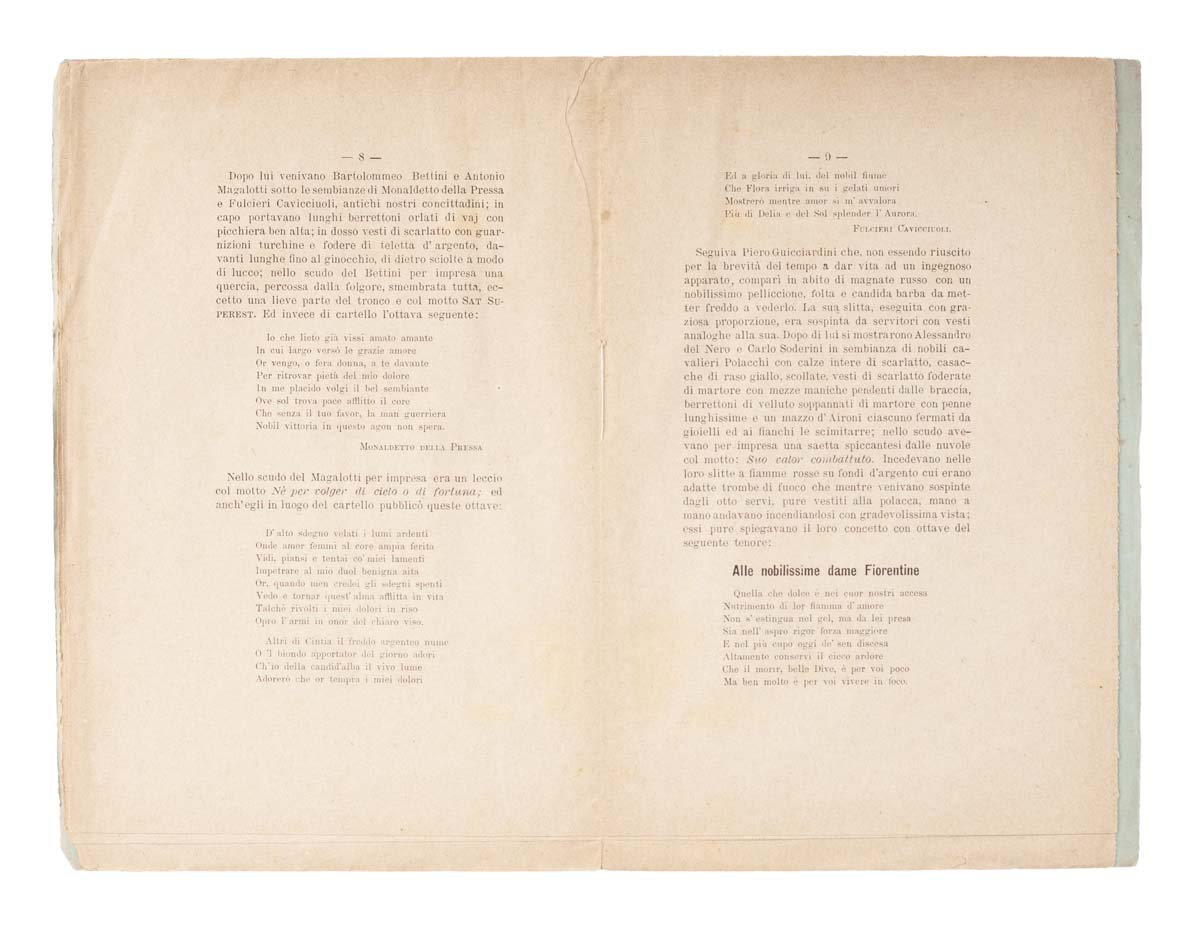 8vo, pp. 15, [1]; paper uniformly toned, as in all copies, but a fine copy; in the original printed green wrappers.

A limited edition nineteenth-century reprint of the rare description of the festival held on the frozen river Arno in Florence in 1604, published in only fifty copies (of which ours is numbered 10).

Originally published by Bartolomeo Sermartelli in 1604, and reprinted shortly after in the same year by Alessandro Guiducci, the anonymous account describes the magnificent festival on the ice organised by Don Virgilio Orsini, held on 31 December 1604, during an extremely cold winter which had resulted in long stretches of the river Arno being frozen over.

On the day, thousands of spectators crowded on the bridges of Carraia and of Santa Trinita, and on the banks between the two. At an appointed hour, from behind heavy curtains strung up beneath the bridge of Santa Trinita, a long procession emerged. The parade opened with drummers and trumpeters, followed by a series of barefoot characters wearing the strangest masks (carefully described in the account). These were followed by a group of youngsters sitting on small wooden footstools, who were to later race each other with hilarious consequences. Last to appear were a group of noblemen, each on decorated sledges shaped as chariots pulled by four men, who would take part in a mock joust following the parade, and each holding a sign with either a motto, a madrigal, or a sonnet. The description of the extravagant costumes of the noblemen is detailed and fascinating, ranging from fantasy costumes, such as magicians, to costume inspired by foreign courts, including Fillipo Valori dressed like a Turkish woman, and Don Virginio Orsini, the organiser of the festival, dressed as a Pasha. Last among the jousters was Manfredi Malaspina, dressed as Pluto, holding fireworks and on a sledge in the shape of a dragon, also spewing fire. The procession was closed by the Della Fonte brothers, on a float shaped as a boat, with fireworks shooting from every corner.

After the parade had reached the bridge of Carraia, the competitions started: first the palio of the barefoot characters, where the contestants kept slipping and falling, to general hilarity; next came the race of the youngsters on footstools, barely able to control their direction; and finally the Saracen joust, where the contestants on chariots would face the traditional armour-plated dummy representing a Saracen. After dusk, the whole show ended with a spectacular firework display in honour of the Medici. 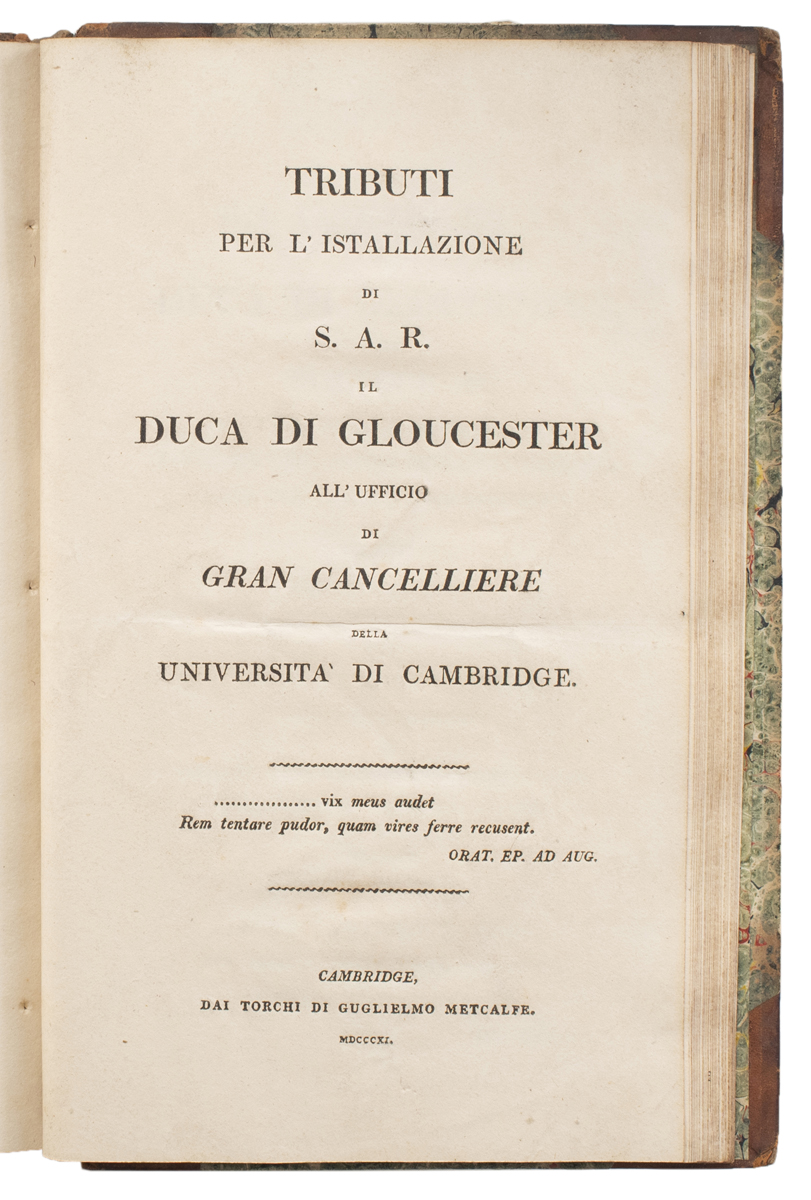 Tract volume of nine scarce works of poetry, including two installation odes on the occasion of HRH William Frederick Duke of Gloucester’s appointment as Chancellor of the University in 1811, and the two Browne medal winning poems from 1815.