Typically Soviet poster illustrated by graphic artist Iuli Ganf, whose satirical work was published in magazines and newspapers such as Krokodil.

“He participated in the seventh exhibition of the group L’Araignée (The Spider) at the Galerie Devambe in Paris in 1925 and was included in the major exhibition in Moscow in 1927 marking the tenth anniversary of the Revolution” (Milner, J. A dictionary of Russian and Soviet artists 1420-1970, p. 157).

The quotes from the constitution read: The Union of Soviet Socialist Republics is a socialist government of labourers and peasants; All power in the USSR belongs to the labourers of town and countryside, who are represented by the Soviets of workers’ delegates. 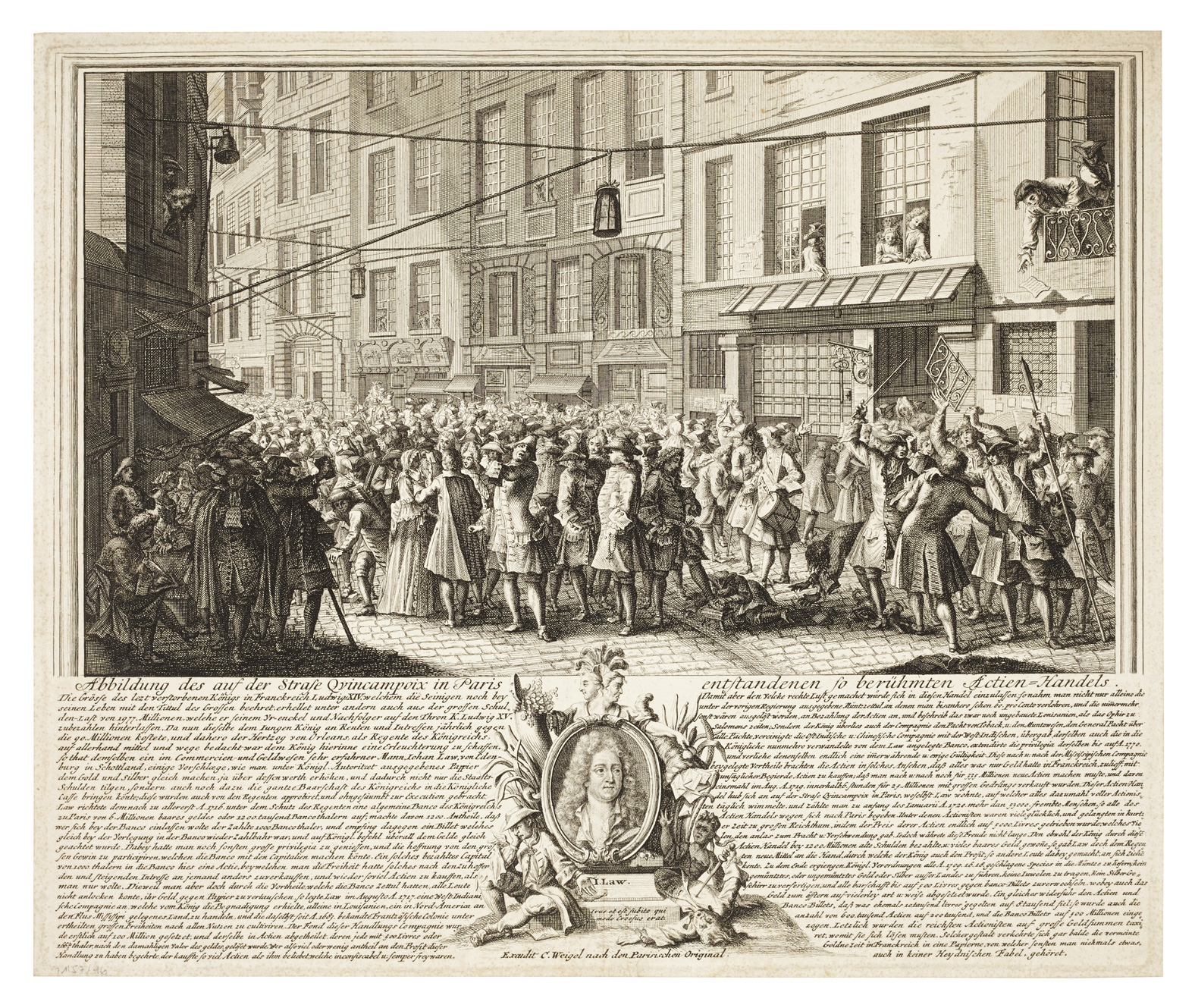 This engraving is a German version of ‘Rue Quinquempoix en l'Année 1720’(BM Catalogue 1655). It gives a view, in angular perspective, of the Rue Quinquempoix, Paris, with crowds of persons assembled there during the share mania of the Mississippi, South Sea, and other schemes which bubbled in the financial atmosphere created by John Law of Lauriston. Thousands of Frenchmen dead for resistance.

This poster, along with two others designed by Louvat in 1944, was produced by the French Forces of the Interior (FFI), a name used by Charles de Gaulle for the French Resistance movement towards the end of the Second World War. In June 1944, the FFI was involved in the Allied invasion of Normandy and suffered heavy casualties. They were consequently ordered to consolidate on 23 June 1944 under the command of General Marie Pierre Koenig (Marston, Counterinsurgency in Modern Warfare, p. 87). The FFI aided other Allied troops to advance through France and liberate Paris by subverting German efforts, capturing towns, bridges and villages as well as providing intelligence on German movements.