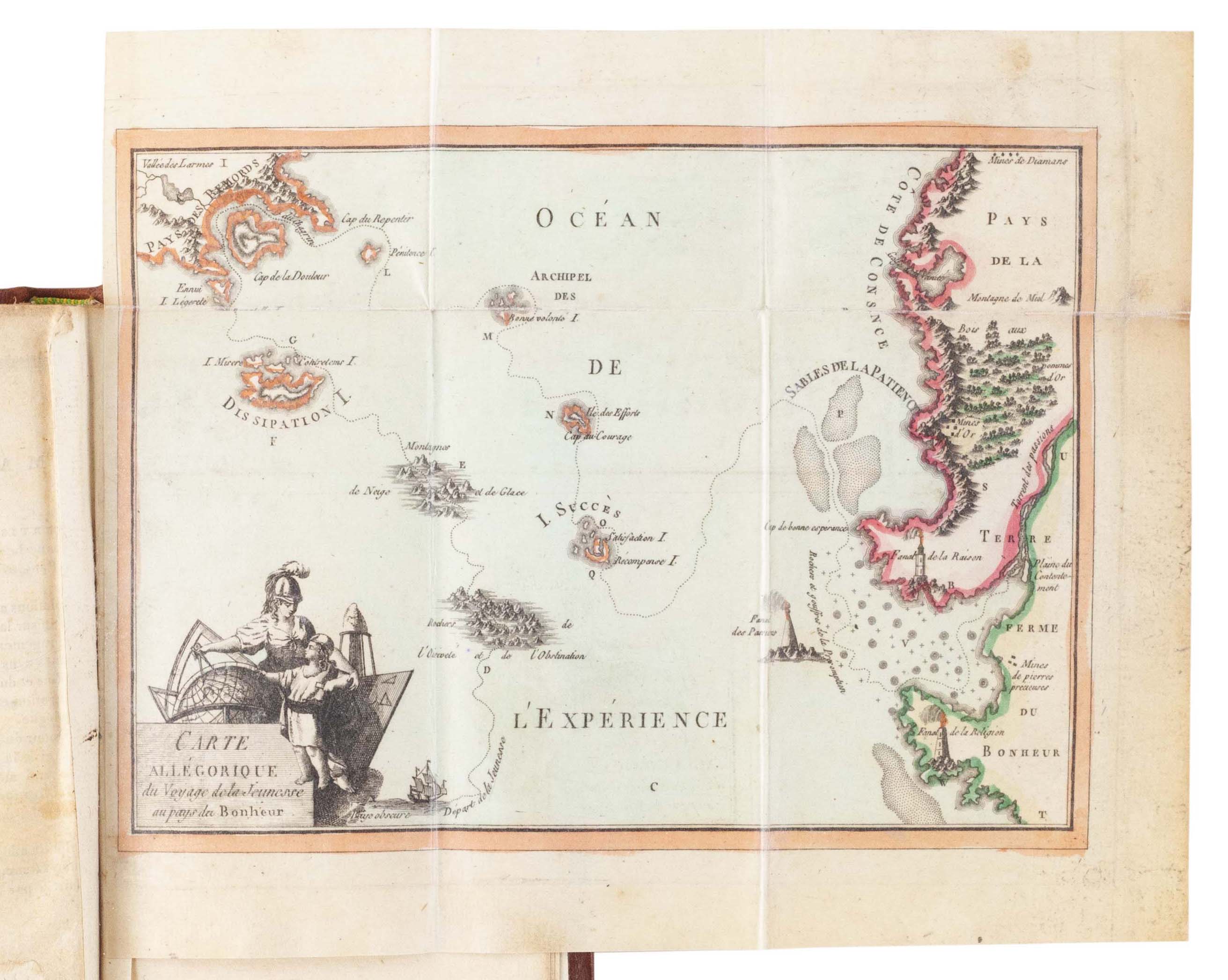 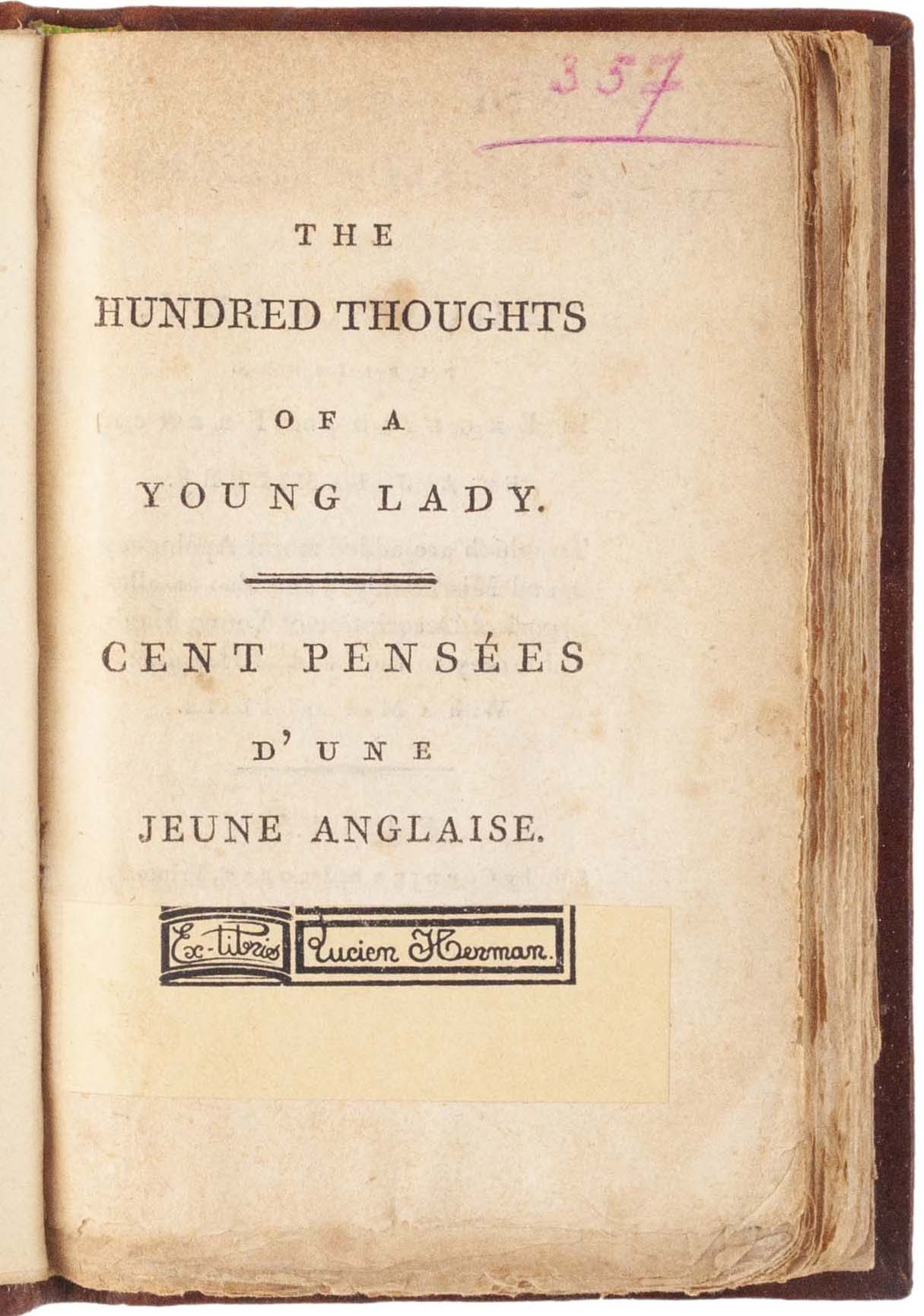 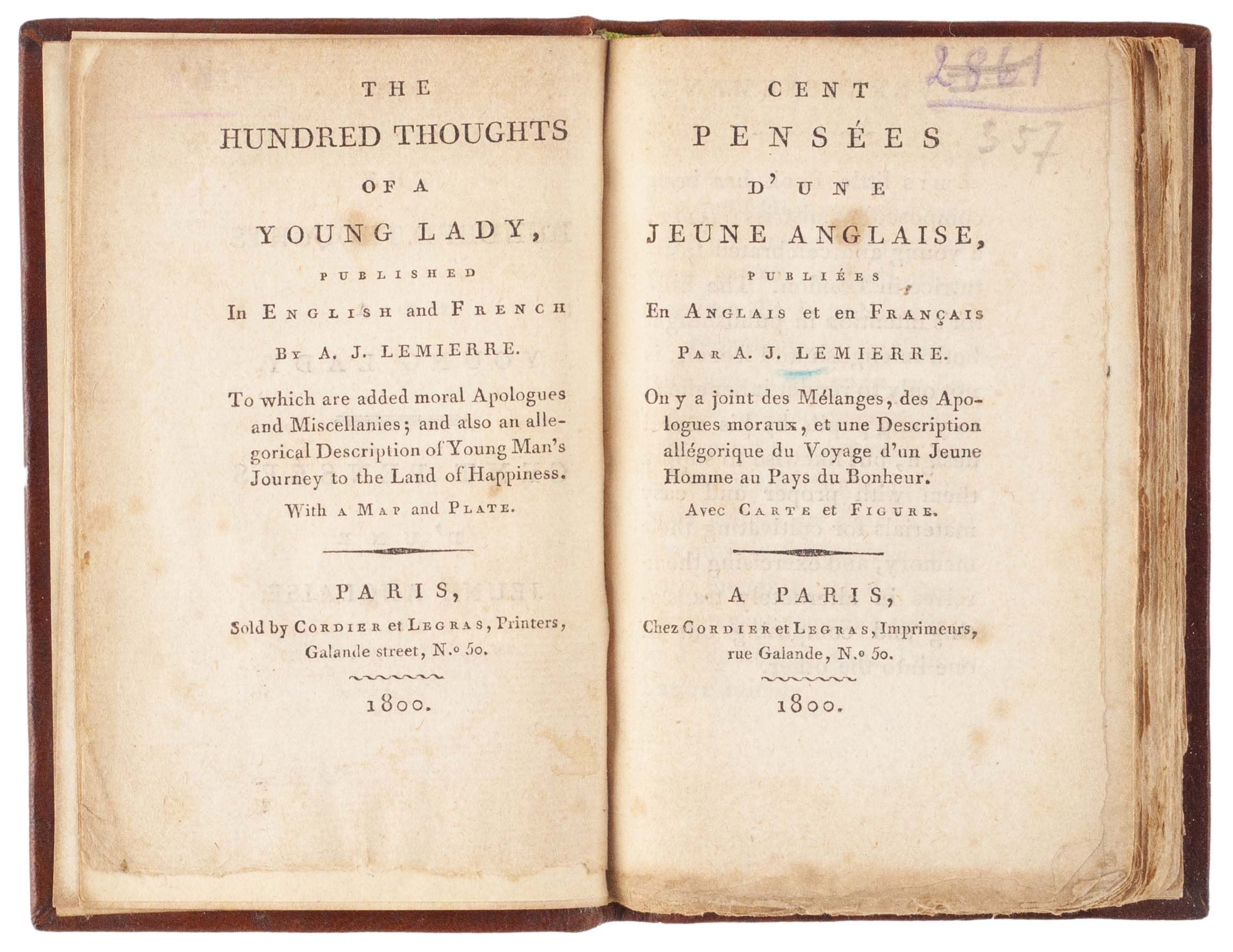 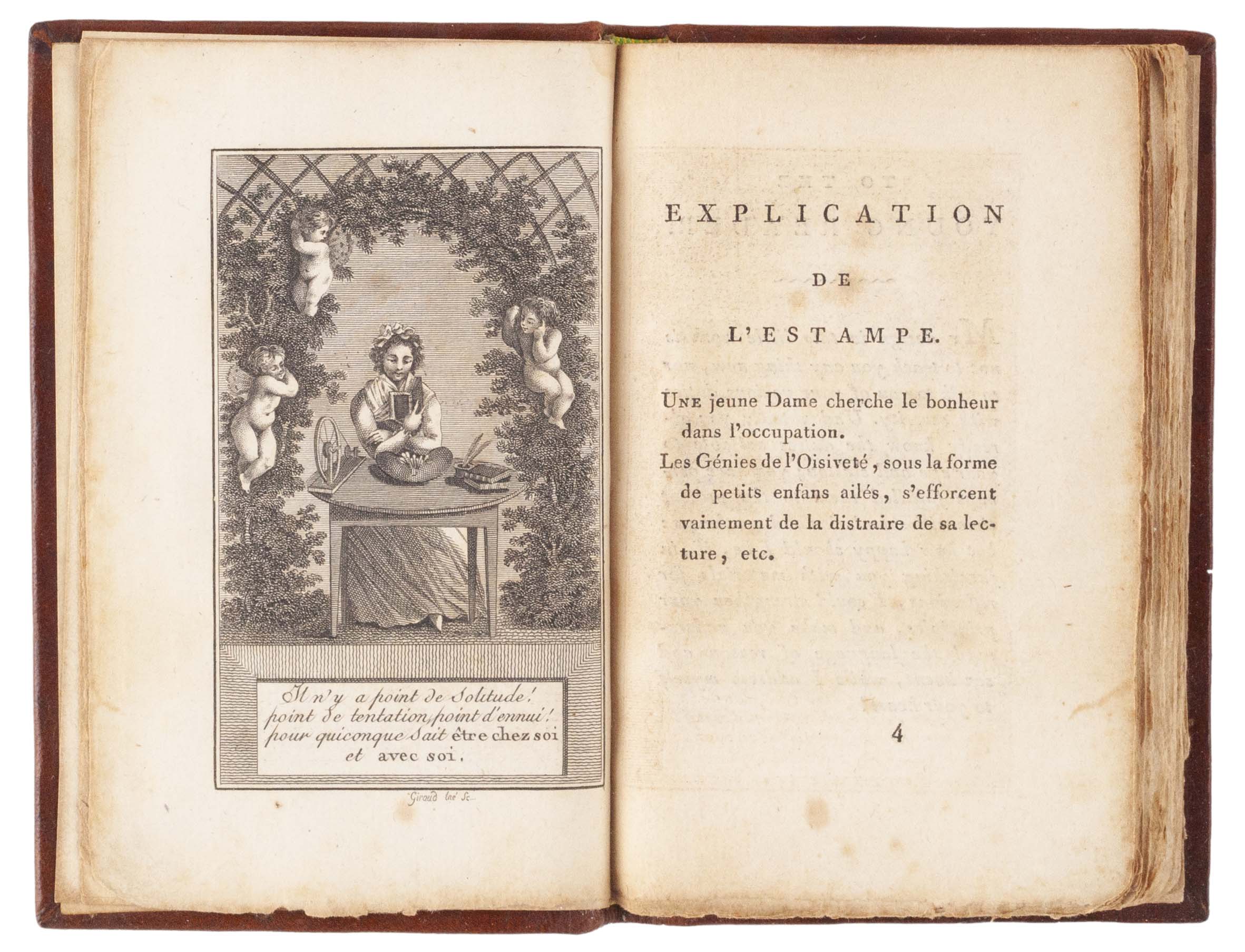 18mo, pp. 171, [9], with a half-title (English title-page to verso), an engraved plate by Giraud and a hand-coloured folding engraved map (laid down on Japanese paper); English and French printed on facing pages throughout; some light toning but a very good copy, uncut, in modern calf, gilt; booklabel of Lucien Herman to half-title.

Added to your basket:
The Hundred Thoughts of a young Lady, published in English and French by A.J. Lemierre. To which are added moral Apologues and Miscellanies [etc.] … /// Cent pensées d’une jeune Anglaise …

The Paris editions introduced a small number of changes (editorial not authorial), to the slight detriment of the fluency of the English. It is not clear what connection Auguste-Jacques Lemierre d’Argy has with the work, despite his name on the title-page here.

Not in ESTC, but we have traced copies at BL, Glasgow, Bibliothèque de Genève, and the National Libraries of France and Spain. 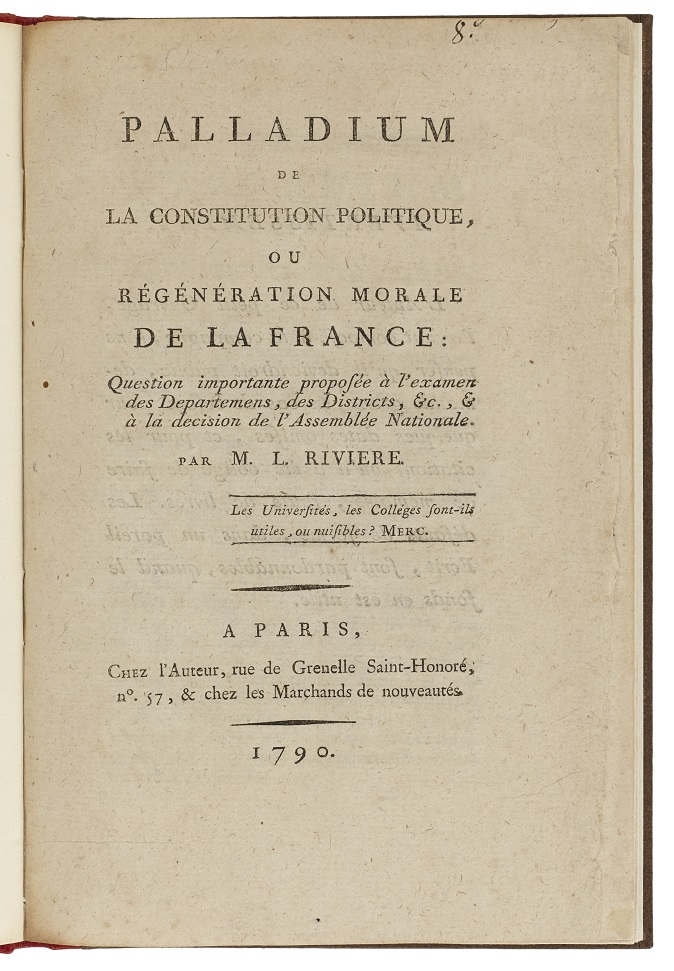 First edition of this critical summary of the greatest works of Bolzano, The Theory of Science and The Science of Religion, first published in four-volume sets in 1837 and 1834, copiously illustrated with citations from the original texts.