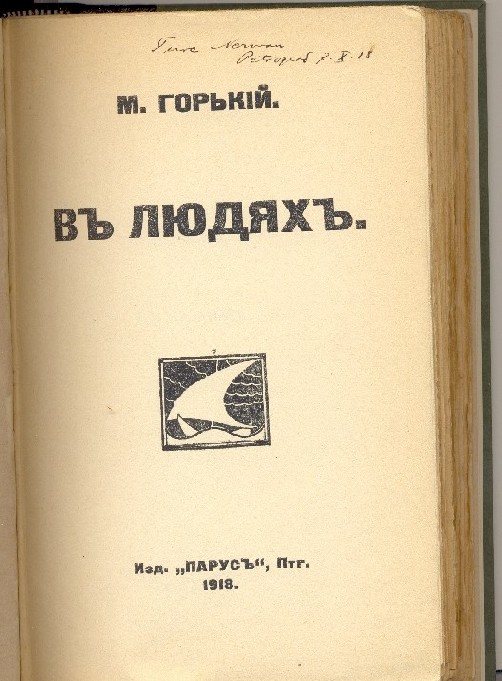 Added to your basket:
V liudiakh [In the world].

First edition printed in Russia of the second volume of Gorky’s memoirs, first published in Berlin in 1916. It was preceded by Childhood (1913) and followed by My university years (1923). ‘Gorky reached the apogee of his creative powers in his autobiographical trilogy, Childhood, In the World and My University Years, a magnificent panorama of Russian lower and lower middle-class life. In vignette after vignette from his own life, Gorky is at his best, as he deftly shifts the center of attention from himself to the situation and people he faces’ (Victor Terras).