Added to your basket:
The old, old Story, in two Parts: Part I. The Story wanted; Part II. The Story told.

‘545th thousand’ of an abridged Christian catechism in verse, by the missionary Hankey. The advertisements on the final page offer the same work in a halfpenny edition, an edition with musical notation, a German version, and an edition in William Moon’s type for the blind. The work was also published in Italian, Spanish, Welsh, Irish, and Bengali.

Achilles. An Opera. As it is perform’d at the Theatre-Royal in Covent Garden ... with the Musick prefix’d to each Song.

First edition of Gay’s last ballad opera; he was arranging for its production at the time of his death. The work is a farcical burlesque of classical myth, in which Achilles, dressed as a woman, is admitted to the court of Lycomedes, who falls in love with him while he in turn is trying to woo Deidamia. The sly Ulysses unravels the confusion in the end. There are fifty-four songs, and an element of political satire, reflected in the contemporary ‘key’, Achilles dissected. 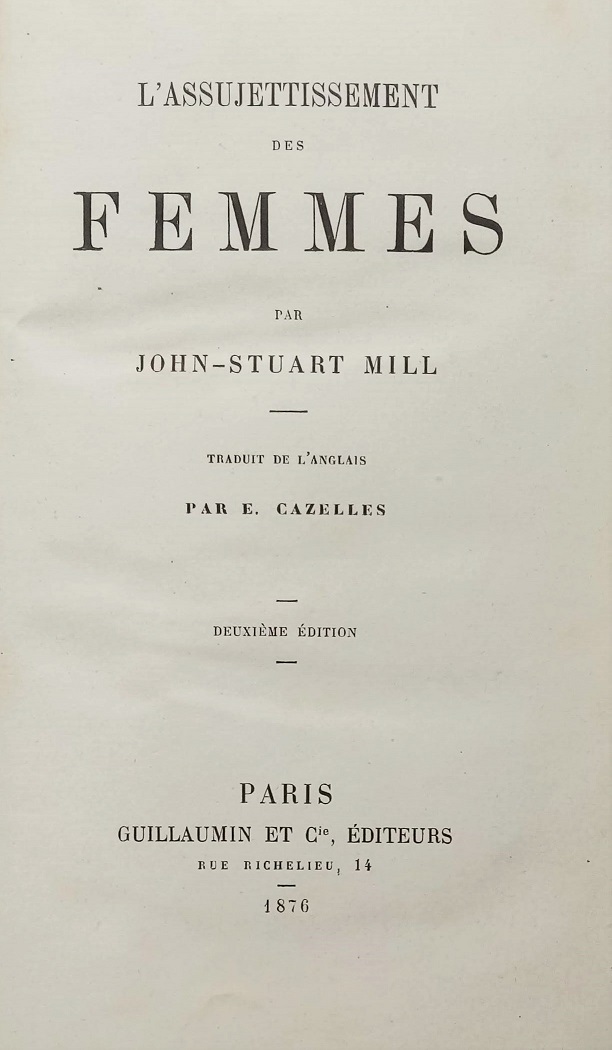 Uncommon second French edition, in effect a reissue of the similarly rare first of 1869, of Mill’s Subjection of Women, translated by Emile Honoré Cazelles (1831-1908), also known for his translations of Bentham and Herbert Spencer. Mill’s work, “the last of [his] great political tracts” (ONDB), argued that not only was the current position of women in society bad for women, it was also bad for the development of society. Working from utilitarian principles, and the need to balance the self-interests of men and women, Mlll advocates equality between the sexes, a reform of marriage laws, emancipation, education and right to vote for women, arguments all extremely controversial at the time.