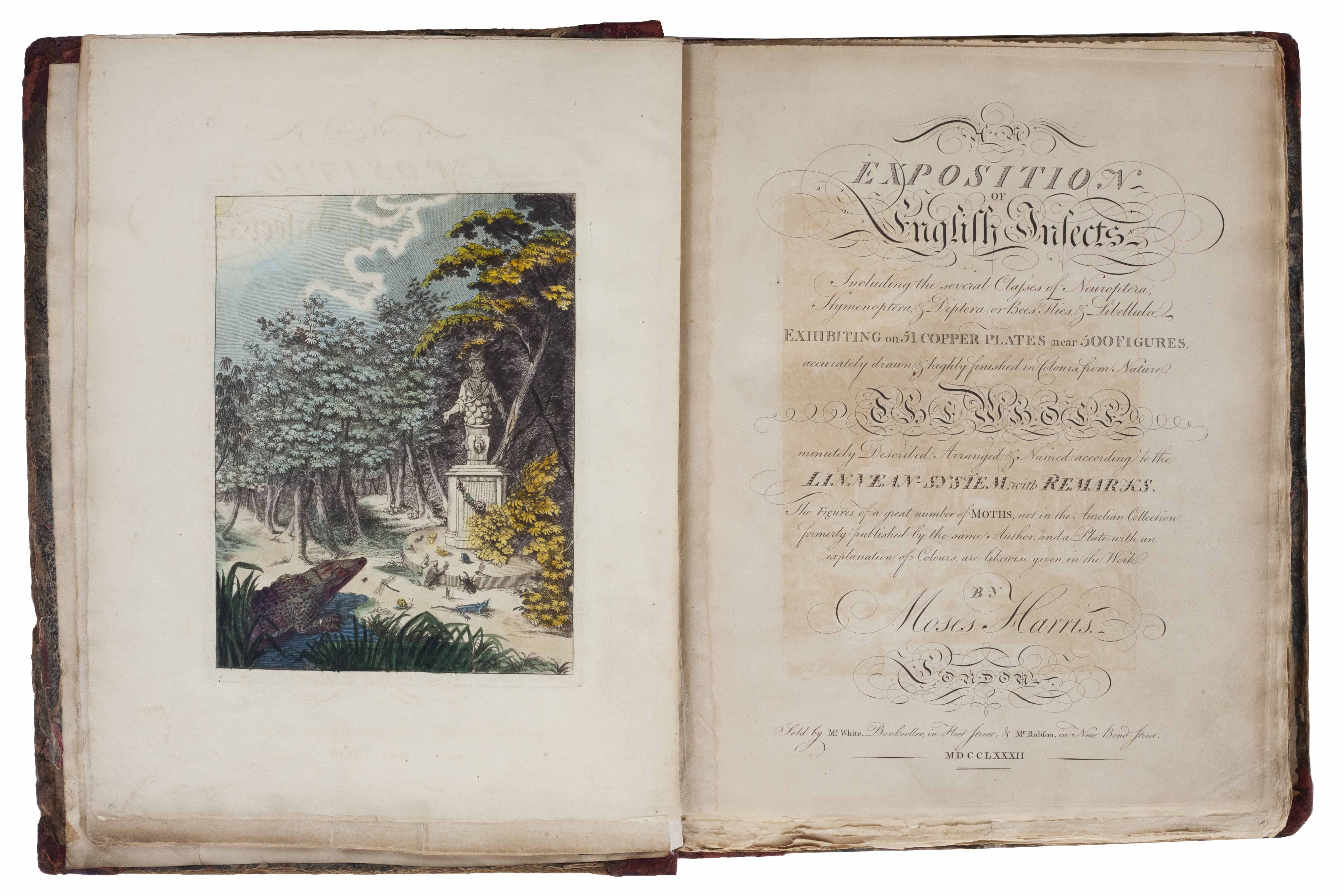 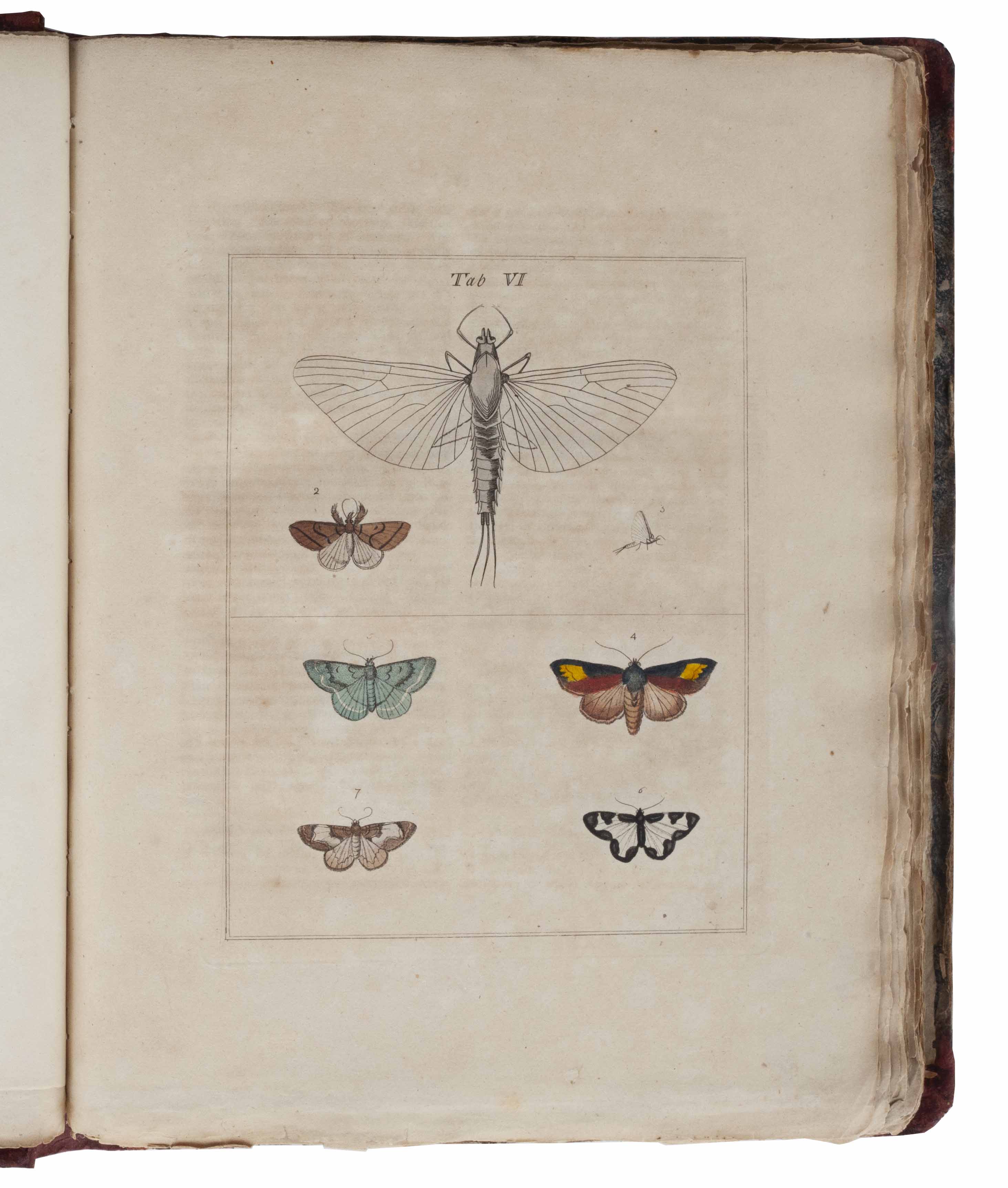 Added to your basket:
An Exposition of English Insects, including the several Classes of Neuroptera, Hymenoptera, & Diptera, or Bees, Flies, & Libellulae, exhibiting on 51 Copper Plates near 500 Figures, accurately drawn, & highly finished in Colours, from Nature, the whole minutely described, arranged, & named according to the Linnean System, with Remarks; the Figures of a great Number of Moths, not in the Aurelian Collection, formerly published by the same Author, and a Plate with an Explanation of Colours, are likewise given in the Work.

Second edition of Harris’s ‘principal scientific work’ (ODNB), incorporating his important treatise establishing the classification of insects by wing venation. ‘I have kept so far as this method was agreeable to, and did not interfere with the plan, which I have adopted, of a strict adherence to a Natural System, separating the classes by such nice though strong distinctions, that the observer at first sight of an insect (if it be of the Diptera or Hymenoptera) shall be capable of not only knowing the class it refers to, but at the same time to what order and section of that class, and this by the wings only’ (preface).

Harris ‘was, it is believed, the first to draw attention to the importance of wing neuration in the classification of lepidoptera and upon this principle he arranged the species in his published works, illustrating them in colour with a high degree of accuracy’ (Lisney, p. 156).