12mo., pp. [4], 192, with an engraved title-page incorporating a vignette of Sarah Walker, but wanting the half-title; engraved title foxed as near always, but a very good copy in early polished calf, spine gilt, morocco label; armorial bookplate of Edward Nicholas Hurt (d. 1867), from the library of Bent Juel-Jensen.

Added to your basket:
Liber amoris; or, the new Pygmalion.

First edition of one of the most controversial books in all English literature, a wonderful autobiographical text which has been systematically deprecated since its first publication. It tells the bitterly precise tale of Hazlitt’s infatuation with a servant girl, one Sarah Walker, his landlady’s daughter, in the year of his divorce from his wife. Hazlitt’s mordant narrative, couched as letters to two friends, spares neither himself, the blindly obsessed lover, nor the unworthy, out-classed, victimizing and victimized object of his love and lust. The little book is a classic of intimate autobiography, and a masterful, if perhaps initially unintentional exploitation of the ‘Pygmalion’ theme. ‘We are unusually close to a Romantic ideal of spontaneity … The letters, as they evoke and give lasting value to the writer’s emotions, form a kind of Romantic apologia’ (Jonathan Wordsworth, Visionary Gleam). 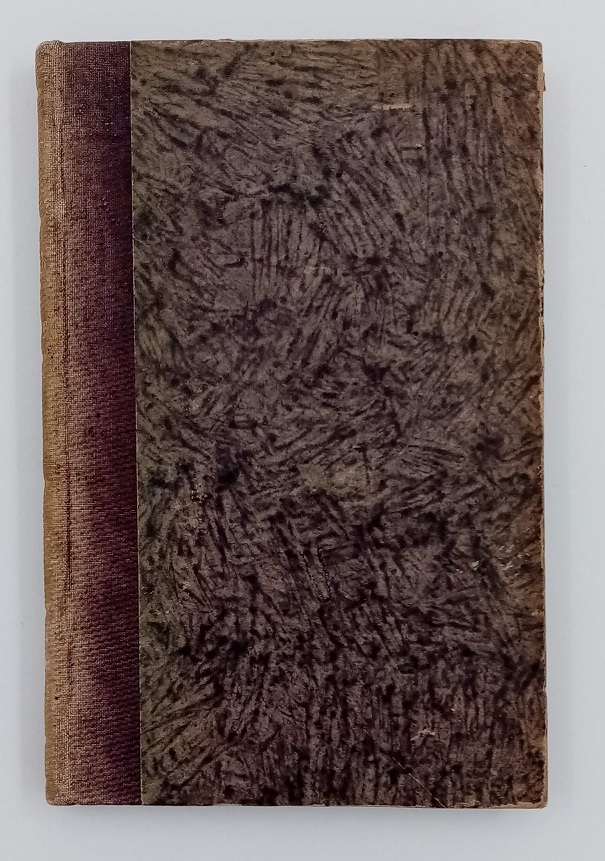 Catalogue of the library of the late Charles Bradlaugh.

Only edition of this private production, printed by Bradlaugh’s daughter, Hypatia, at the press of her husband, a printer, ‘not merely to publish a descriptive list of the volumes contained in the library in order to facilitate their sale, but to make somewhat of a memento of Mr Bradlaugh himself’ (preface). The books, numbering several thousand, are divided into sections by subject, on General Subjects, Law and Legal Questions, Periodicals, Blue Books & Parliamentary Returns, Pamphlets and Booklets, all of which are priced, and with any particular features such as autograph copies marked. The final item in the catalogue is Bradlaugh’s manuscript book, featuring a commentary on the Gospels penned in his adolescence. The work concludes with various advertisements for bound sets of his works and memorabilia of the man and his library.