A handsome manuscript of Marie-Geneviève-Charlotte Darlus Thiroux d’Arconville’s unpublished French translation of A short view of the English History by the historian and poet Bevil Higgons (1670-1735), formerly in the possession of the translator herself.

As well as being a noted chemist, famous for her 1766 study of putrefaction, Thiroux d’Arconville (1720-1805) was a prolific and talented translator, beginning in 1756 with a French rendering of George Savile’s Advice to a daughter. This manuscript contains her last work of translation, undertaken late in life after her imprisonment following the French Revolution, and dedicated to her son Thiroux de Mondésir. We have traced only one other extant copy, at the Bibliothèque nationale de France (MS français 14642-3).

The manuscript begins with a most interesting preface by the translator, in which she praises Higgons as ‘sage, éclairé, plus impartial sur l’article de la religion Catholique que ne le sont ordinairement les Anglicans’, and his work as ‘aussi utile qu’interessante’. She does, nevertheless, find small fault in his over attachment to the Stuarts and in his occasional brevity on matters of historical importance. She also censures Charles I for his ‘condamnation de Milord Staford’, and is especially critical of James II : ‘foible et despotique en même tems, il a aliené sa nation et a perdu son royaume par son imbecile confiance’.

Our manuscript passed from the translator to her friend the geographer and librarian Pascal-François-Joseph Gossellin (1751-1830), and from him to the writer and archivist Jean-Baptiste-Modeste Gence (1755-1840). One of these two men was perhaps responsible for the considerable revisions to the translation visible in the first part.

ISKANDRIAN-HUPEDEN, A. [Cover title:] ‘My Treasure Box’ [Title-page:] ‘Some selected objects of Chinese Arts at present on Sale. We solicit enquiries…’.

A charming and insightful trade catalogue compiled by a female Chinese arts dealer, covering porcelains, cast bronzes and irons, stone and wood sculpture, lacquered figures, furniture and screens, pottery and embroidery. The colours and dimensions are often described in the text, and the final page lists the dates of Chinese dynasties from 1122 B.C. and the reigns within the final Ching (Qing) dynasty. 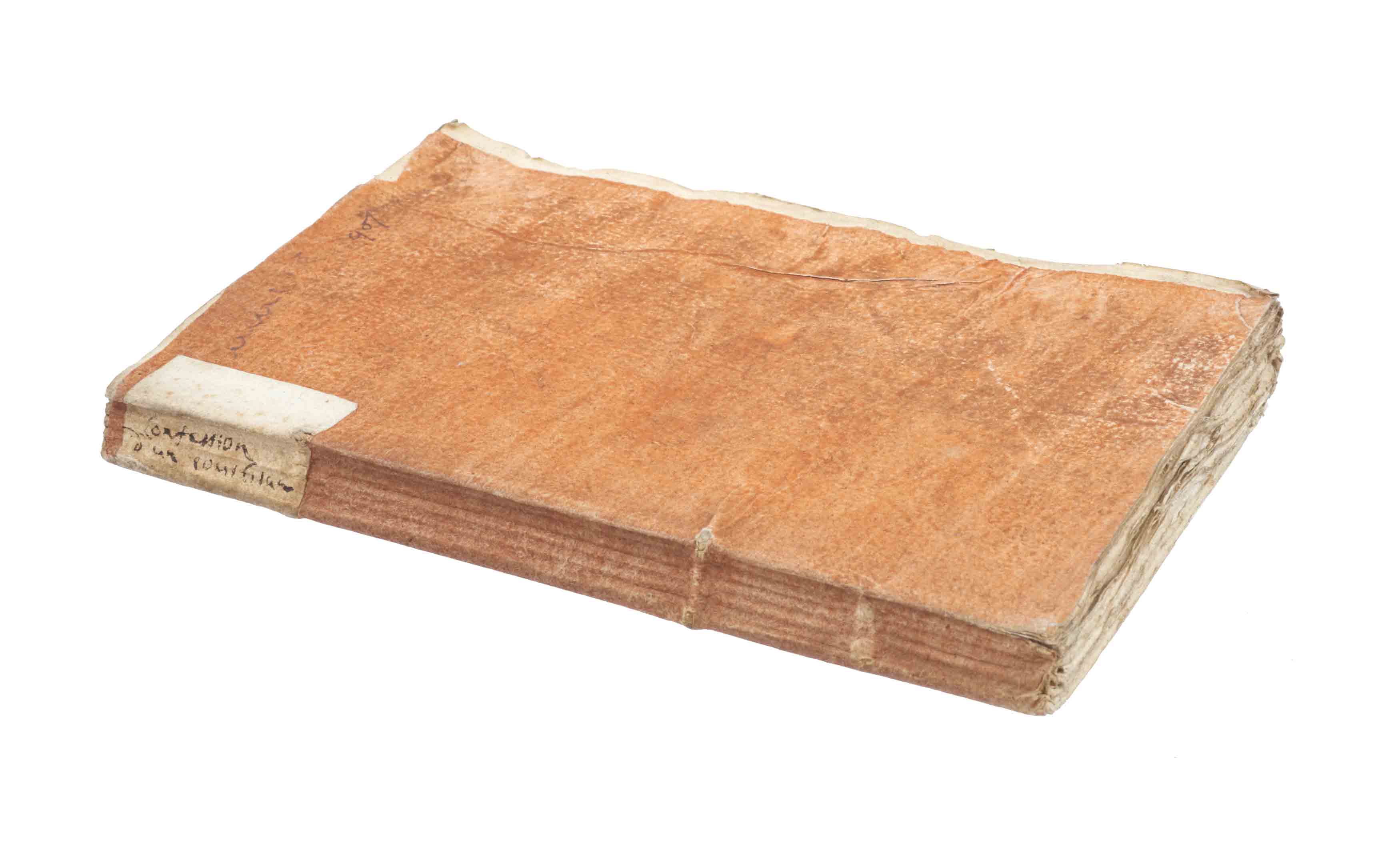 First edition (another appeared in the same year with a “Londres et se trouve à Paris” imprint) of this anonymous novel describing the ascent (or perhaps descent) of a courtesan into the world of the philosophe; naturally, she is of good family but is driven to be a courtesan by love, before reflections on morals and manners, and a love of truth and candour, lead her back to a more sedate and contemplative life. Some of our heroine’s contemplations are articulated in the second part, where she reflects on female ornament, friendship, the seductive qualities of science and the arts, natural law, the crime of adultery, and the state in which illegitimate children find themselves. Despite her doubtless busy schedule, our narrator has found the time to read Montesquieu and Puffendorf.