Added to your basket:
The useful Family Herbal, or an Account of all those English Plants, which are remarkable for their Virtues, and of the Drugs, which are produced by Vegetables of other Countries, with their Descriptions, and their Uses, as proved by Experience, illustrated with Figures of the most useful English Plants, with an Introduction … and an Appendix, containing a Proposal for the farther Seeking into the Virtues of English Herbs, and the Manner of Doing it with Ease and Safety … the second Edition.

Second edition, published the year after the first, with contemporary annotations. Apothecary, actor, and prolific writer, John Hill (1714 – 1775) published his Useful Family Herbal in 1754, an otherwise ‘unaccountably unproductive year’ (ODNB). Through a long and varied career he wrote widely on botany and its uses, including the first Linnaean flora of Britain, his Flora Britanica [sic] of 1759.

The present copy is annotated with ‘under what Planet every Herb is, with the proper Seasons to gather them in their higher Virtues’ (inscription to title). 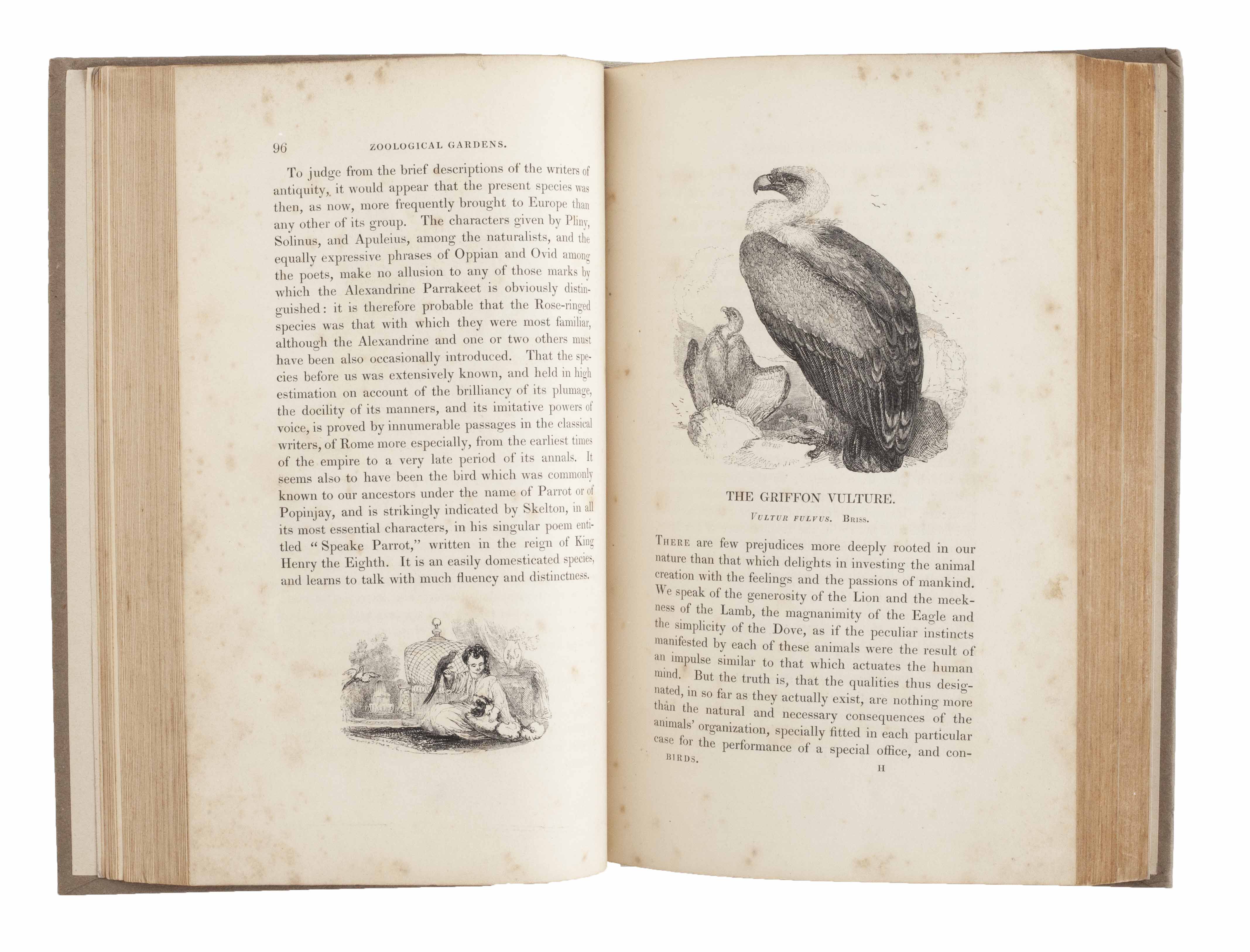 The Gardens and Menagerie of the Zoological Society delineated … Vol. I: Quadrupeds [– Vol. II: Birds].

Index entomologicus, or a complete illustrated Catalogue, consisting of 1944 Figures, of the lepidopterous Insects of Great Britain.

First collected edition, with almost two-thousand hand-coloured butterflies. Initially published in parts between 1833 and 1838, the Index entomologicus is the most substantial entomological publication of the natural historian, doctor, and bookseller William Wood (1774 – 1857), following his acclaimed conchological Index testaceologicus of 1818.