8vo, pp. 123, [5], with an initial blank, a half-title, and two terminal advertisement leaves; slightly browned and with a few small stains, but a very good copy in the original printed paper wrappers, spine worn.

Ho Chi Minh had first left Saïgon in 1911, working in menial jobs in Marseilles, New York, and London before returning to Paris sometime between 1917 and 1919. Moving towards both socialism and nationalism, he petitioned without success for an independent Vietnam at the Versailles Peace Talks in 1919, then became a founder member of the Parti communiste française in 1920. At about this time he began work on the present volume, which was left unfinished upon his departure for Moscow in 1923, and published three years later under the pseudonym Nguyên-Aï-Quôc (Nguyen the Patriot). Although the advertisement at the end announces the future publication of two further volumes in the series (by Ho Chi Minh and Nguyên Thê Truyên), they were never released.

OCLC shows only two copies in North America (SUNY Binghamton and Yale) and none in the UK; not in Library Hub. 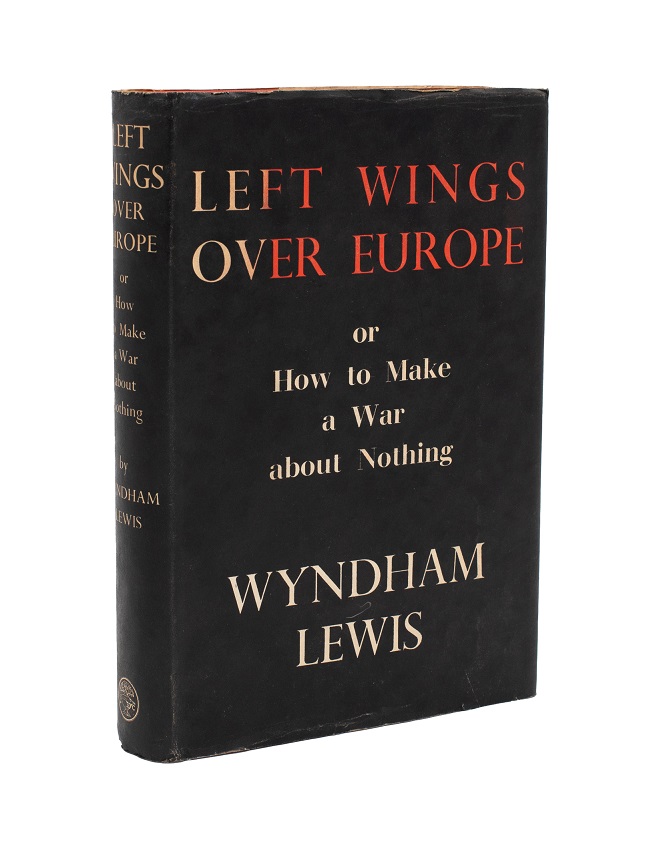 Left Wings Over Europe: or, how to make a War about Nothing.

First edition, first printing, a reiteration of the delusions about Hitler that Lewis had first presented in Hitler (1931), alongside a rejection of the Internationalism he had argued so firmly for in The Art of Being Ruled and would later espouse once more. Lewis afterwards dismissed the work as ‘quite unimportant … a violent reaction against Left-wing incitement to war’ (Rude Assignment).