Pp. 96-103 contain Kafka’s Aufzeichnungen über eine jüdische Wandertruppe, the description of his meeting with a troupe of Yiddish actors in the Café Savoy in Prague in 1911. This encounter was to have a profound effect on his writing. The passage was later published in an extended version in the Tagebücher volume of Max Brod’s Gesammelte Schriften, 1935-7. 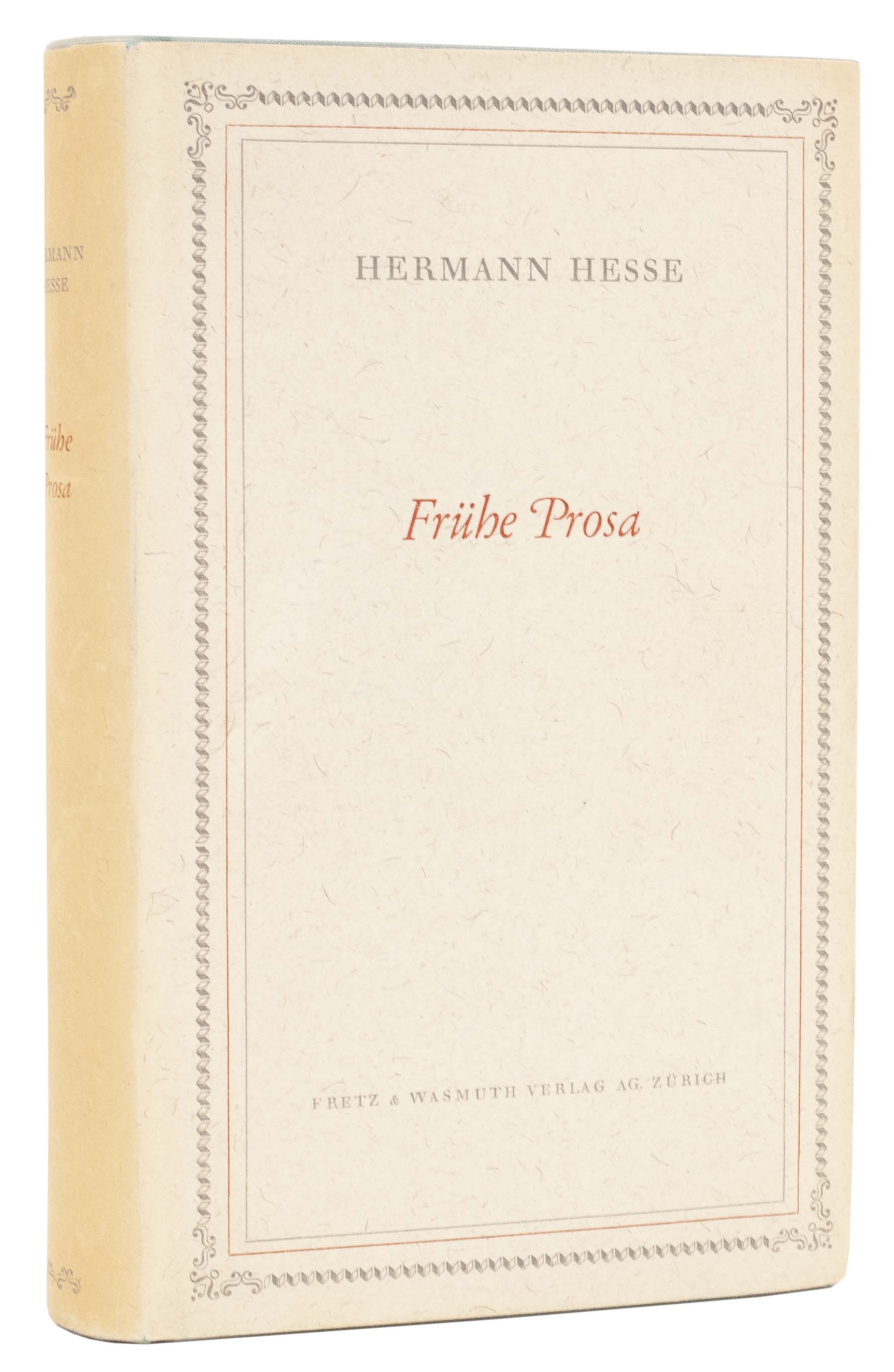 First edition of this collection, with new prefatory material by Hesse himself. It brings together three prose works from before the publication of Peter Camenzind (1904): Eine Stude hinter Mitternacht (1899), Der Novalis (written 1899–1902, published 1907), and Hermann Lauscher (from 1896, published 1907).