Only edition, rare, of this dissertation on the theological and legal aspects of theft and restitution, presented to the distinguished canon lawyer, and author of the monumental Manuale theologico-canonico-legale practicum, Stanislaus Karg. Divided into four sections, the work examines the nature of theft and its various types, the circumstances in which restitution can be used in cases of theft (and where it is inappropriate), and the forms it might take, drawing both on moral theology, and more heavily on canon law.

OCLC records only digital copies, in Munich, Neuberg, and Eichstatt. 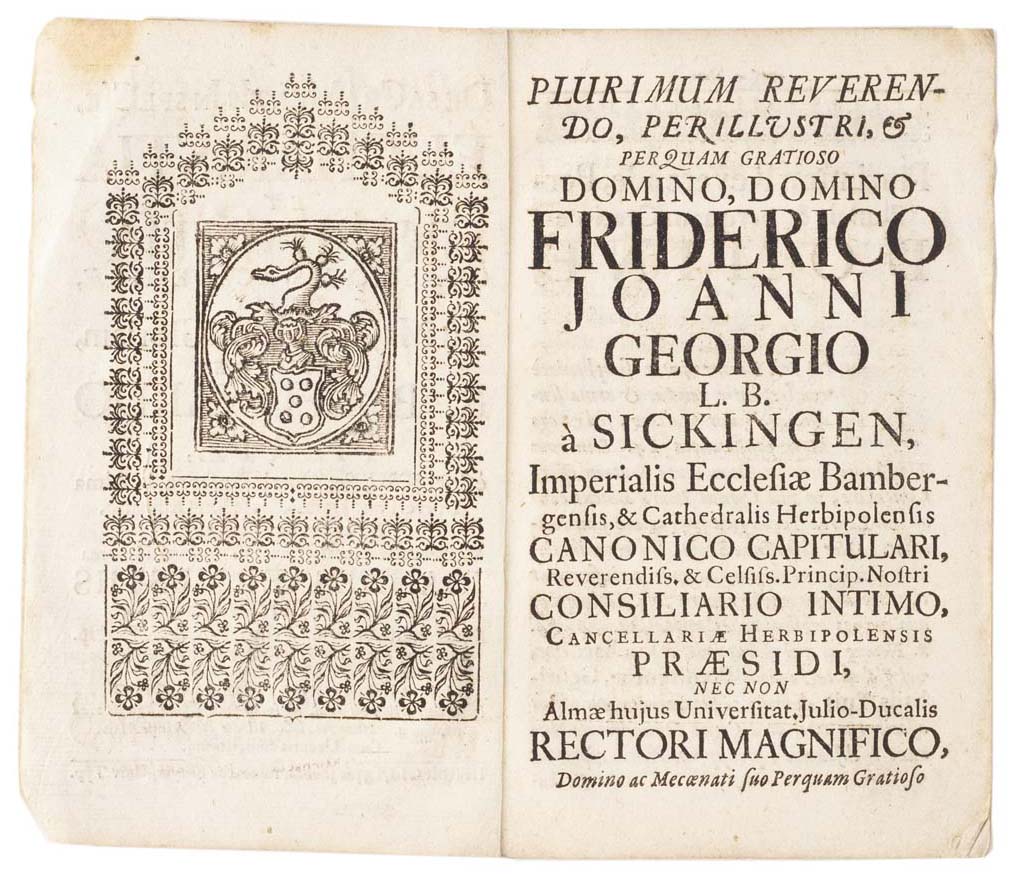 A good copy of this rare Würzburg dissertation on the sacraments of the Euchasist and Penance, under the Jesuit professor Leonhard Piertz (1662–1741). The dissertation discusses when the Eucharist was instituted, what verbal formulae are necessary for consecration, whether the Eucharistic sacrifice was for the benefit of the living or the dead, and some of the philosophical questions surrounding the real presence; it then turns to Penance, examining its purpose and limits, and the extent to which it can be considered a public good. The printing is notable for the verso of the title-page, with its ornamental surround to the Sickingen arms.