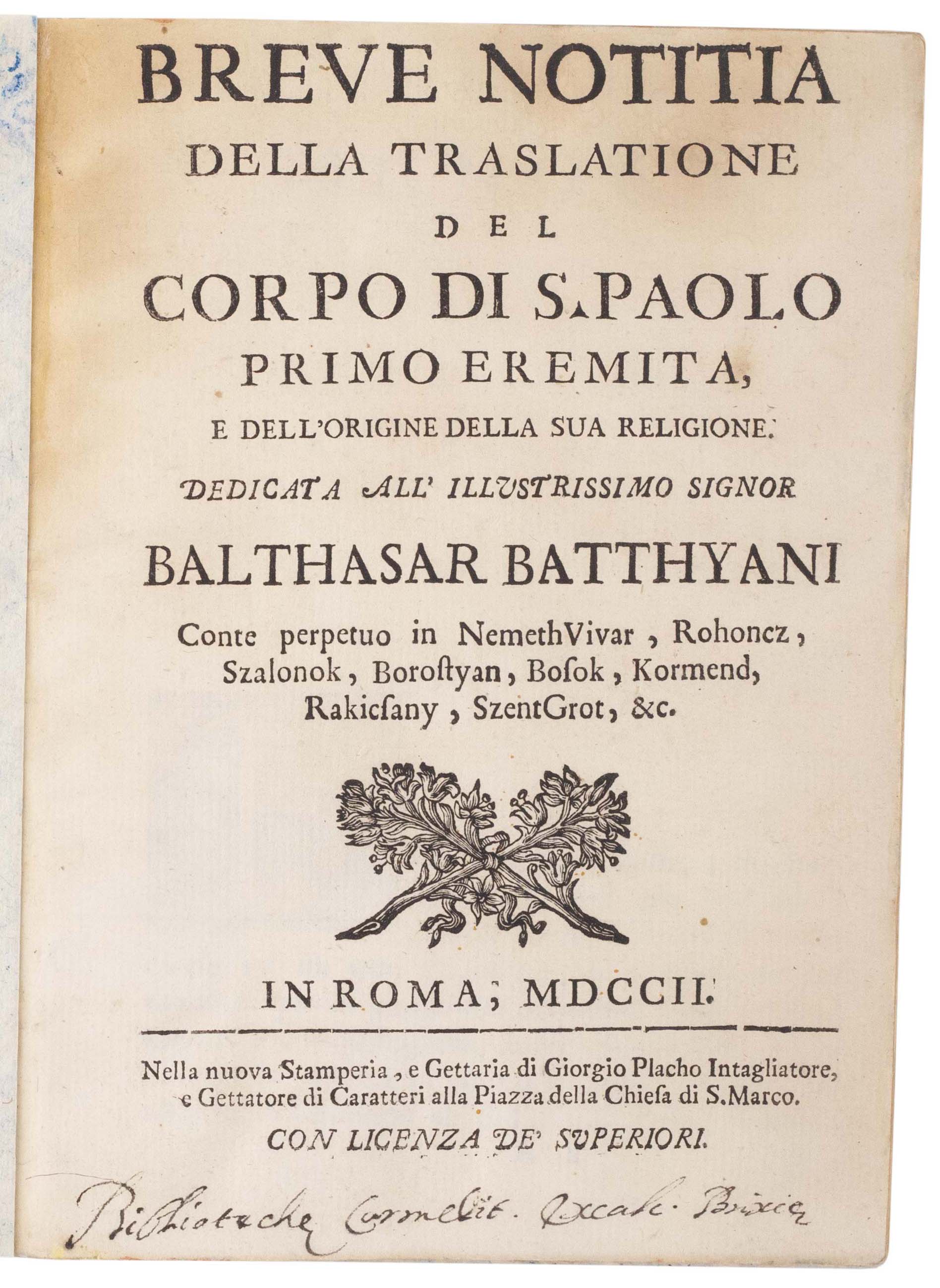 First and only edition, very rare, of this account of the translation of the remains of St Paul of Thebes, known as Paul, the First Hermit or Paul the Anchorite (third/fourth century), the first Christian hermit. It was compiled by the theologian who would become Prior of one of the most important monasteries of the entire Pauline Order (founded in Hungary in the thirteenth century), the Monastery of the Blessed Virgin Mary in Lepoglava, Croatia. Krištolovec (Christolovecz, Kristolovec, Kristolovecz, Kristolovez, or Krisztolovecz, 1658–1730) was Vicar General of the Order in the year of this publication, and became instrumental in negotiating the separation of the Croatian Paulines from the Hungarian province. The account is in fact a brief history of the order itself, built around the key event of the (contested) translation of the Hermit’s remains from Venice to Hungary in the fifteenth century and culminating with the dispersal of the body following Turkish incursions.

ICCU and OCLC show no copies. KVK finds one, at the Kreisbibliothek Bodenseekreis Salem.