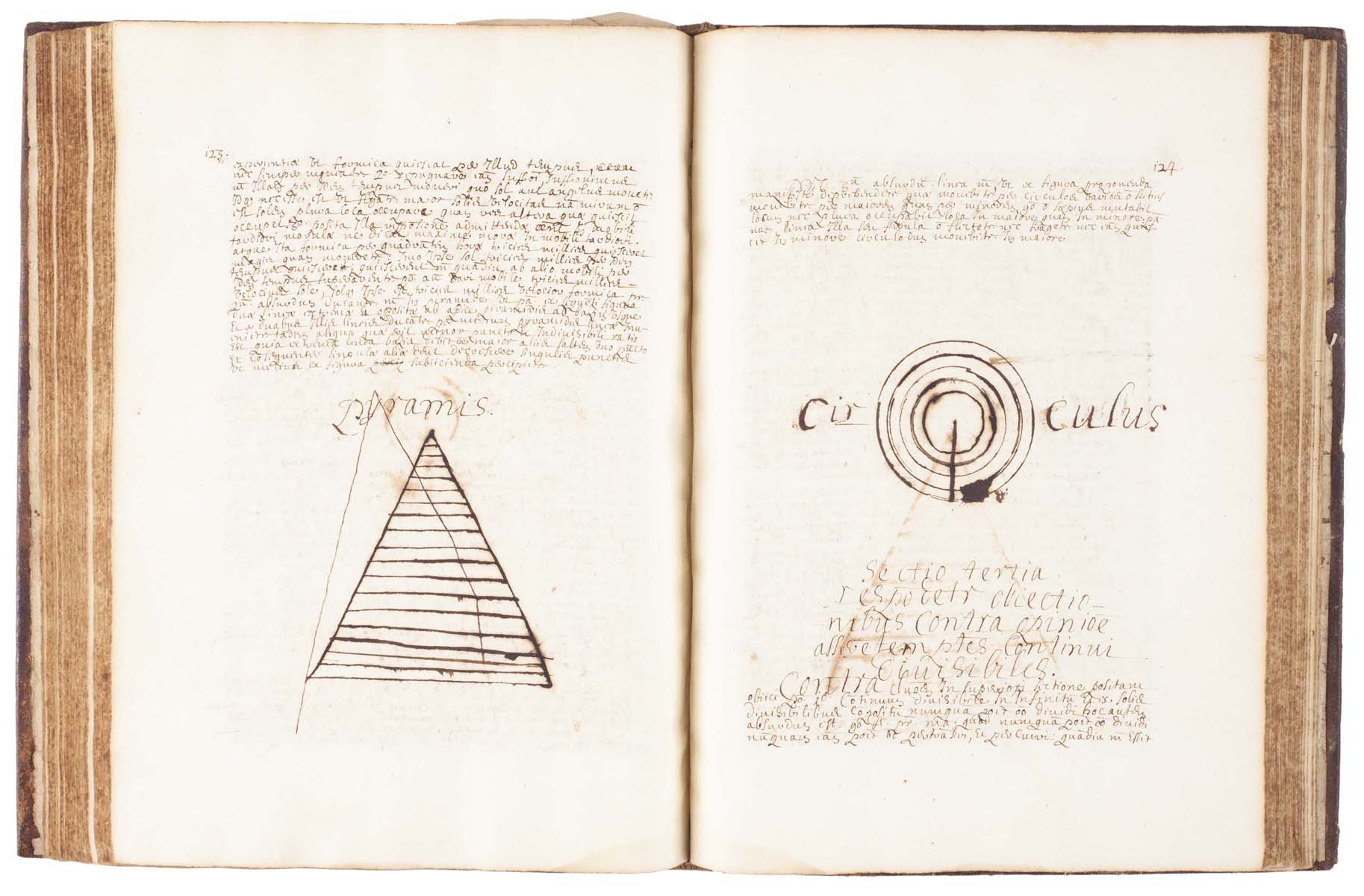 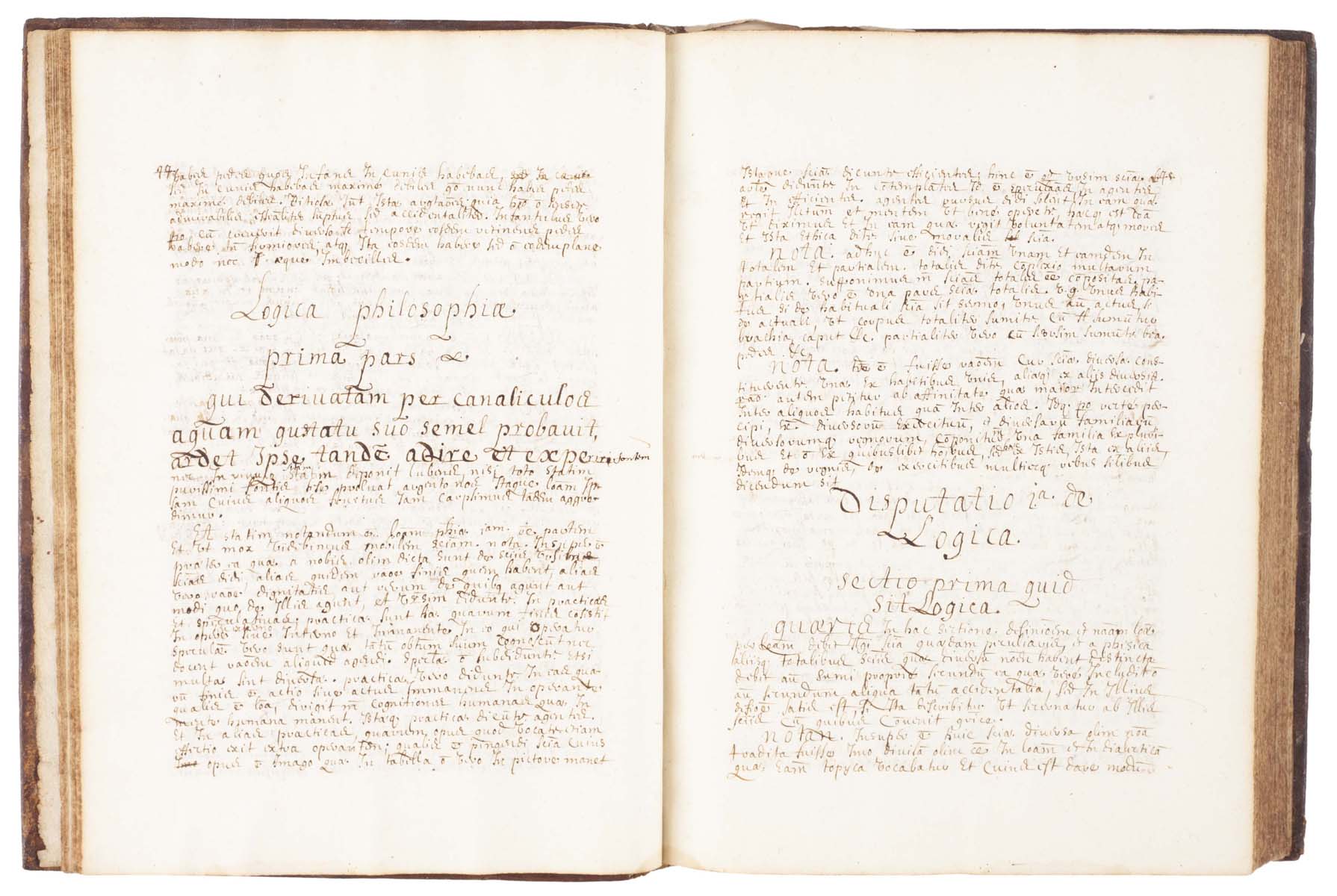 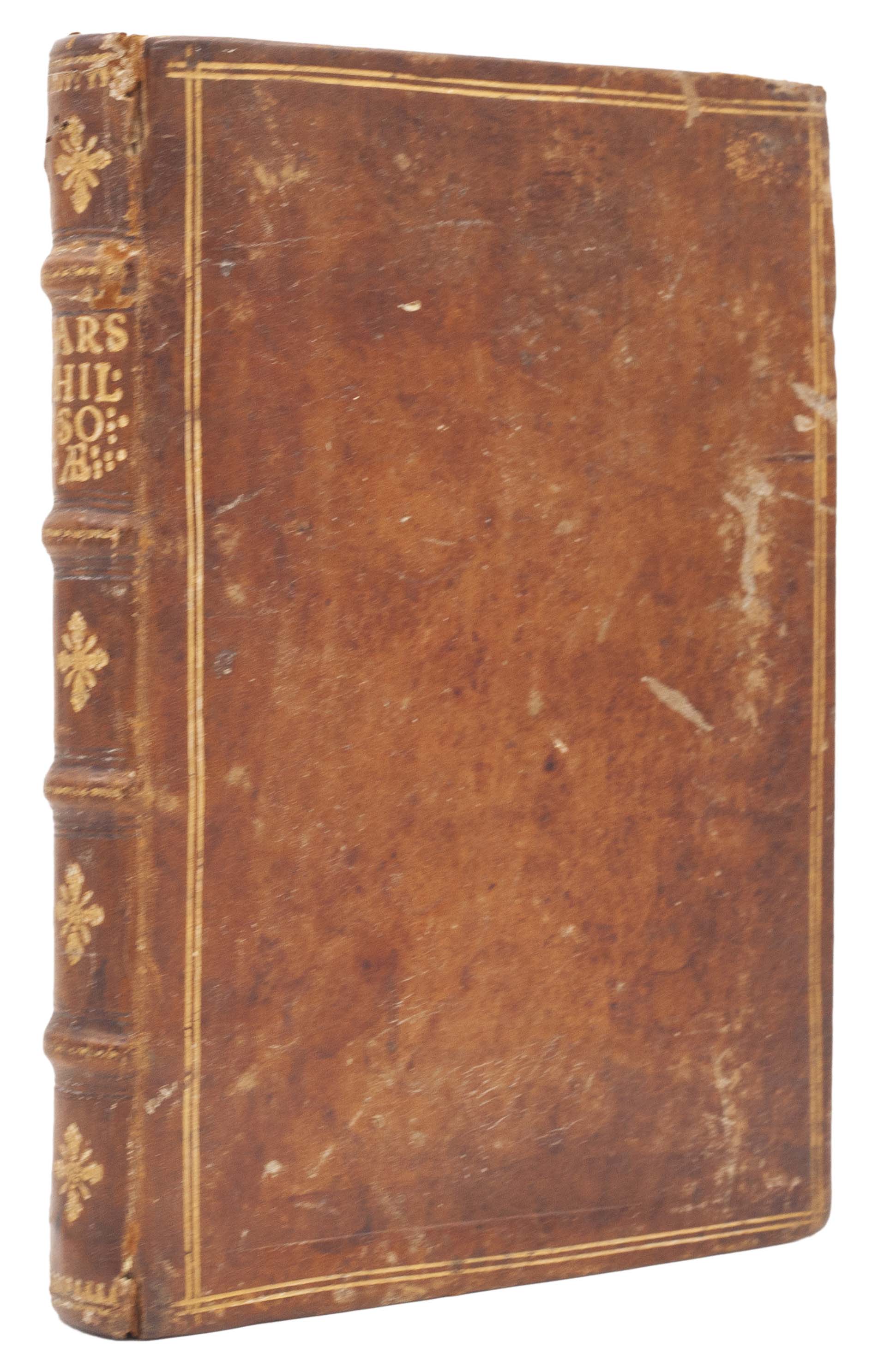 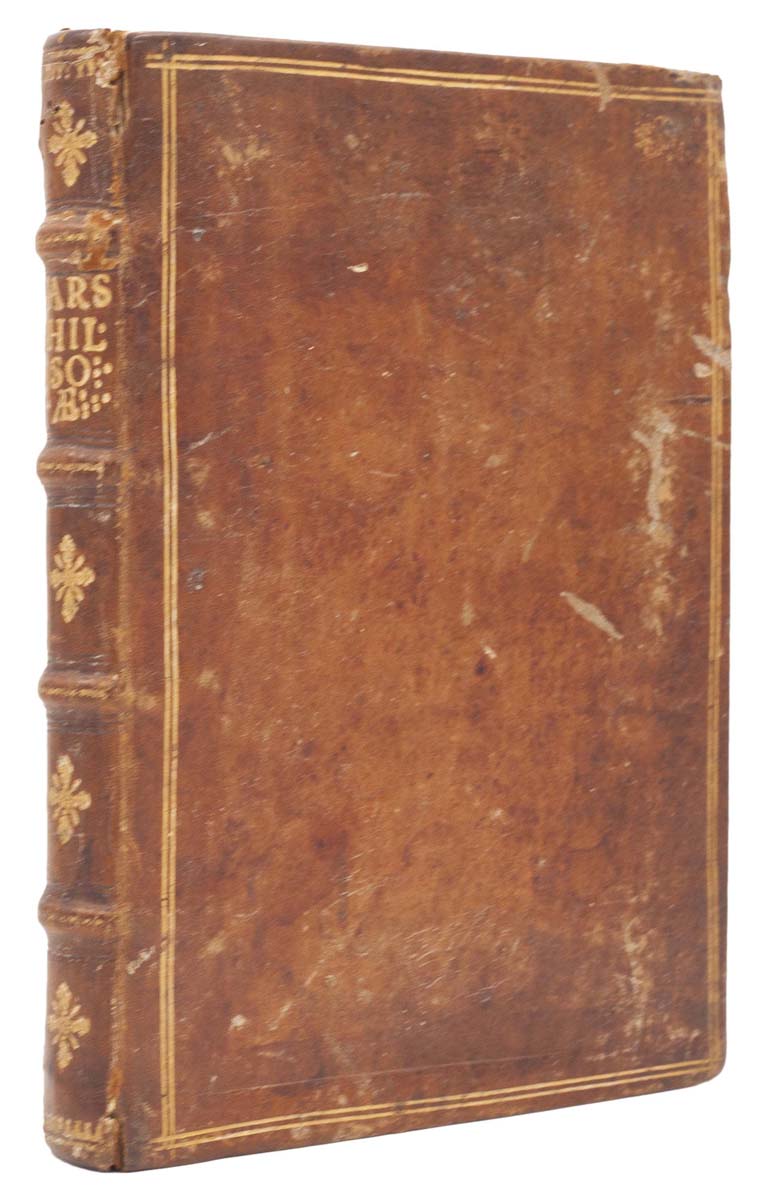 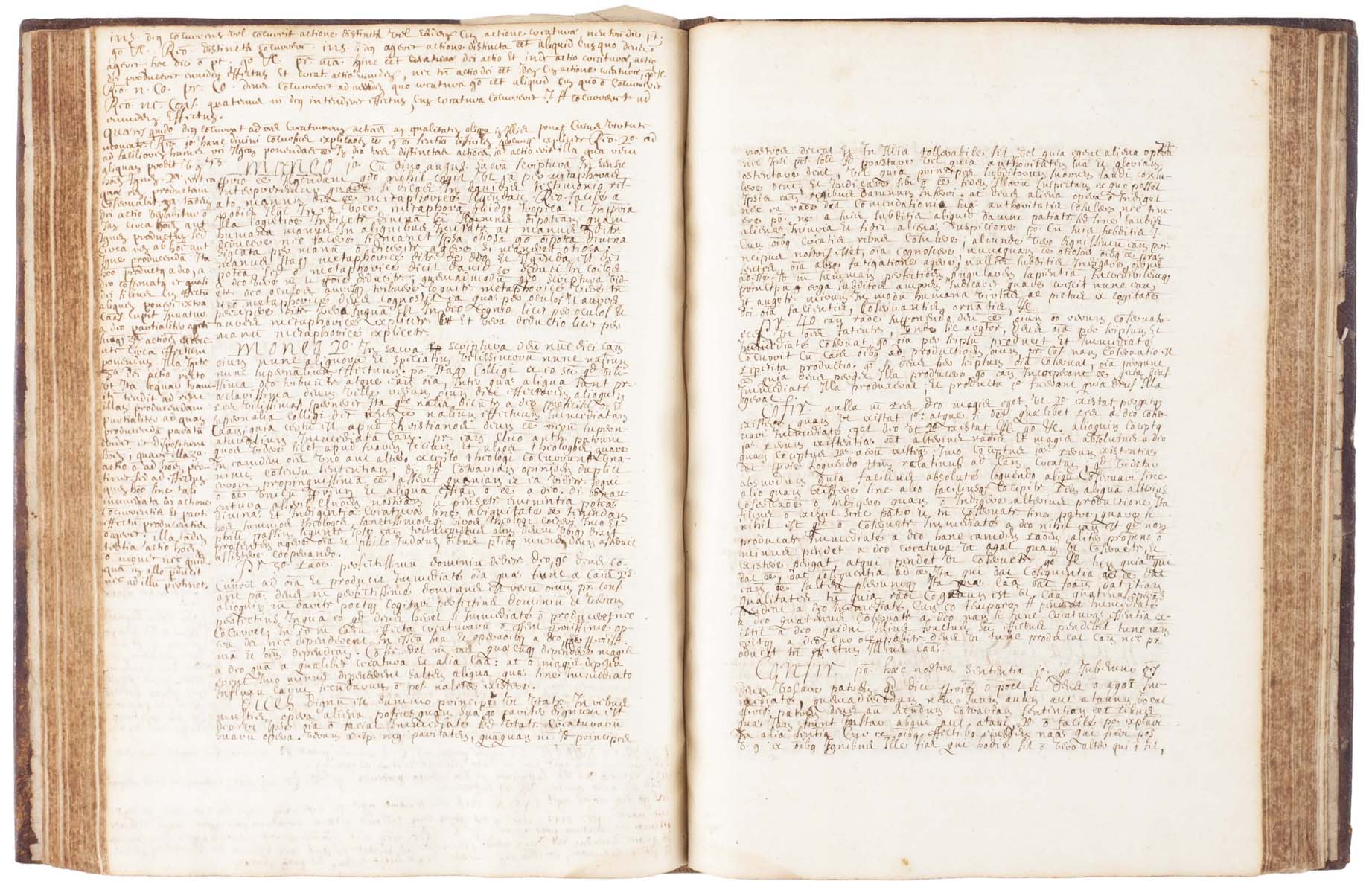 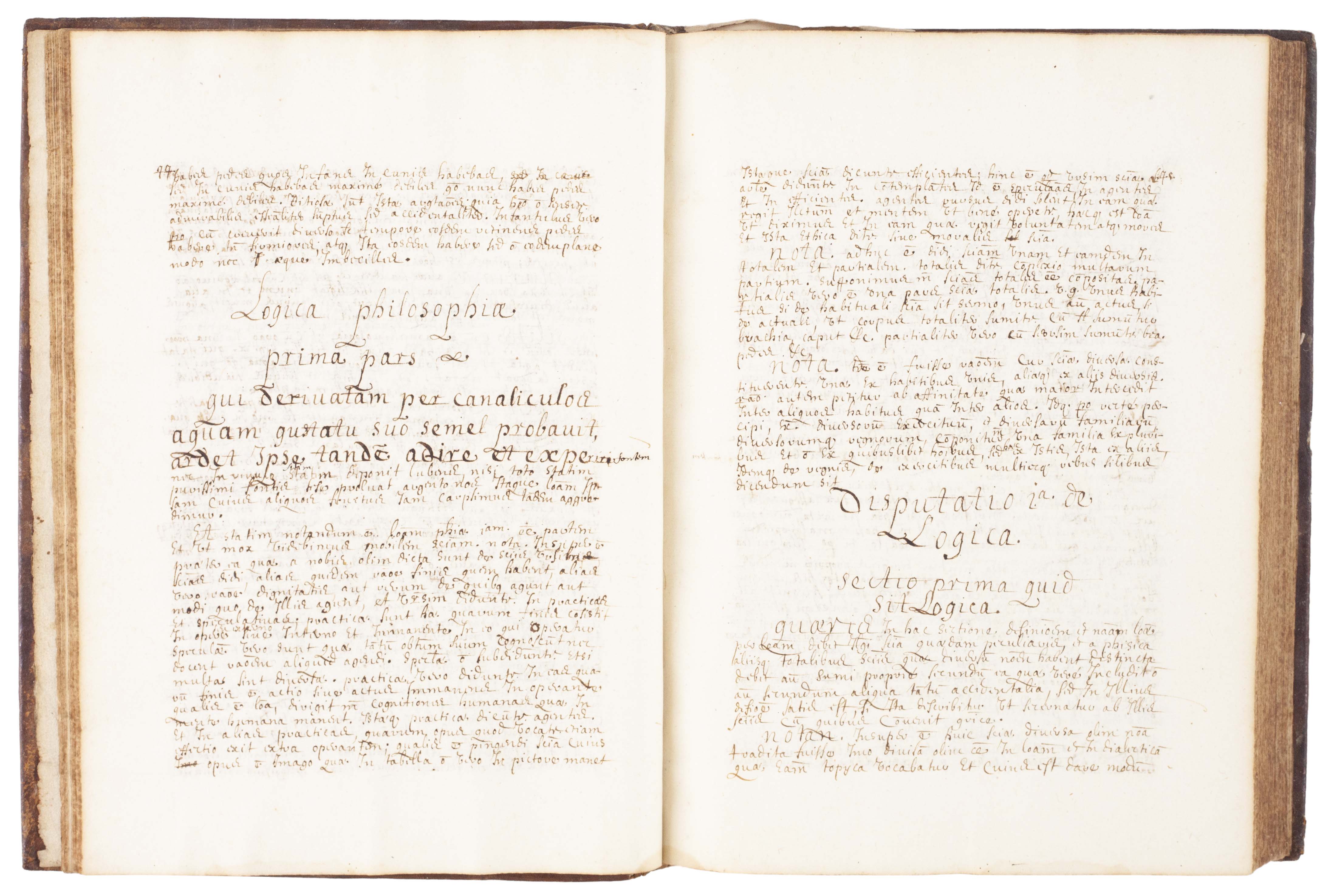 Added to your basket:
[Philosophy course.]

Fair manuscript copy of a course of philosophy for the use of clerical students offering a systematic treatment of Aristotelian Logic and Physics. The initial inscription states that this course was given by a Jesuit, Fr. Lalande, to Jacques Becheau of Périgord in 1681. The course is articulated in the disputationes dealing in depth with logics and metaphysics at first, then physics and astrology in the second part. A fair example of Jesuit Aristotelianism with significant departures from Aquinas’s interpretation, this manuscripts offers an insight into the Jesuit order’s agility in adapting the received ‘calculations’ of syllogism and deduction to early-modern challenges coming from the emergence of experimental science in the age of Galileo.

‘The seventeenth century also saw an enormous growth of philosophy textbooks in French, written by the tutors of the nobility (themselves often nobles). The movement began in the 1560s with the first French translations of Aristotle’s works, but took off in the 1590s with the first French-language commentaries on Aristotle’s Physics. Works in this genre include the 1614 textbook by Henry IV’s almoner, Théophraste Bouju, and the 1643 volume by René de Ceriziers, a Jesuit who became a secular almoner of the Duc d’Orléans and later counsellor to the King. The most frequently reprinted work in the genre was the Philosophy (1627) by Scipion Dupleix, Cardinal Richelieu’s favourite historian.’ (Ariew).

The success of textbooks in philosophy was a response to notable transformation in the education models. The Jesuits, responding to the Renaissance concern with order and method, had reorganized and standardized their curriculum, abandoning the medieval model of the great commentaries and arranging the quaestiones in the order in which the curriculum would have presented them, often covering the whole philosophy curriculum – ethics and logic, physics and metaphysics – in a single volume.

Ariew, Textbooks and Notions of Order: Aristotelianism in the 17th century (1998). 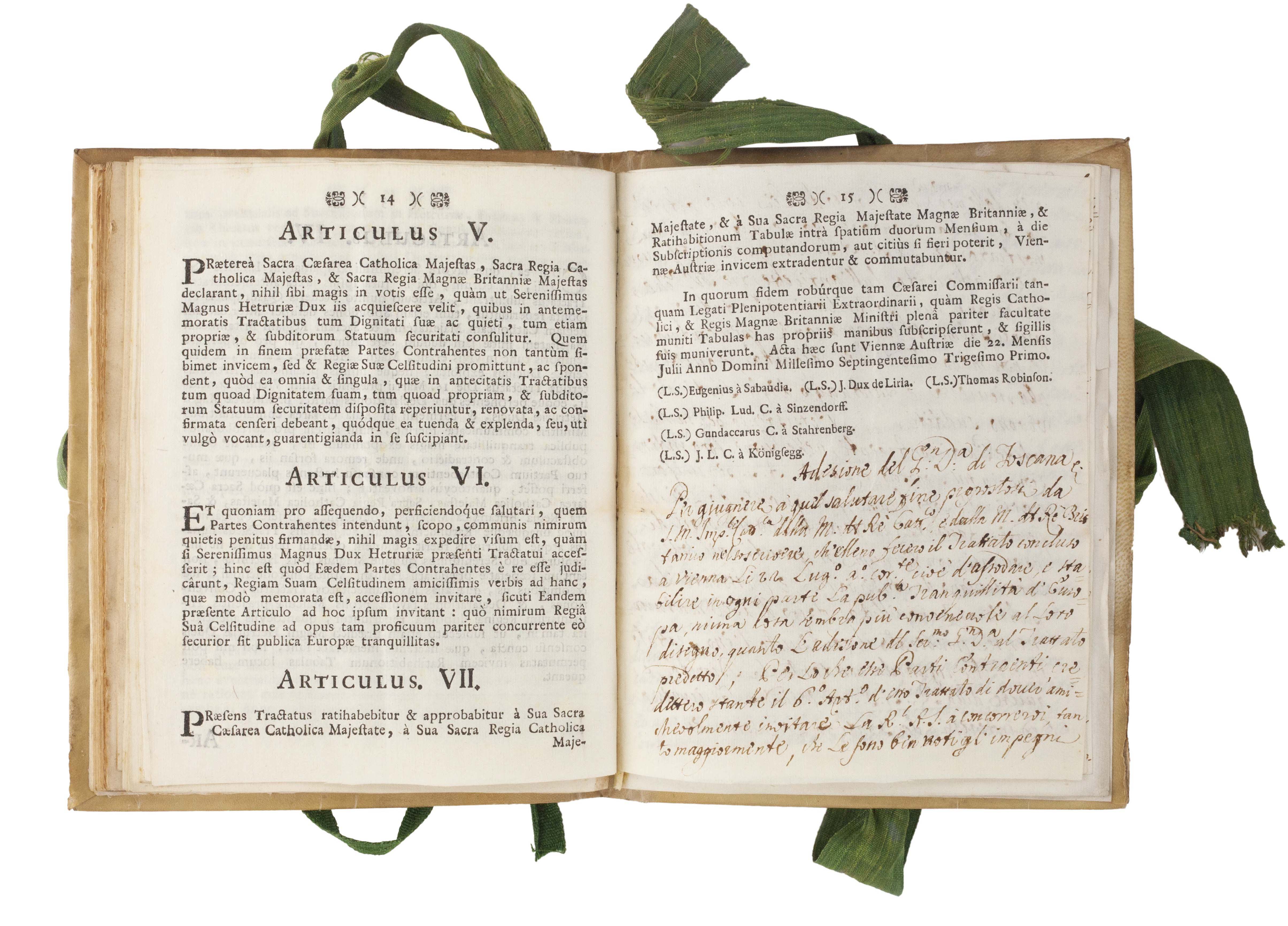