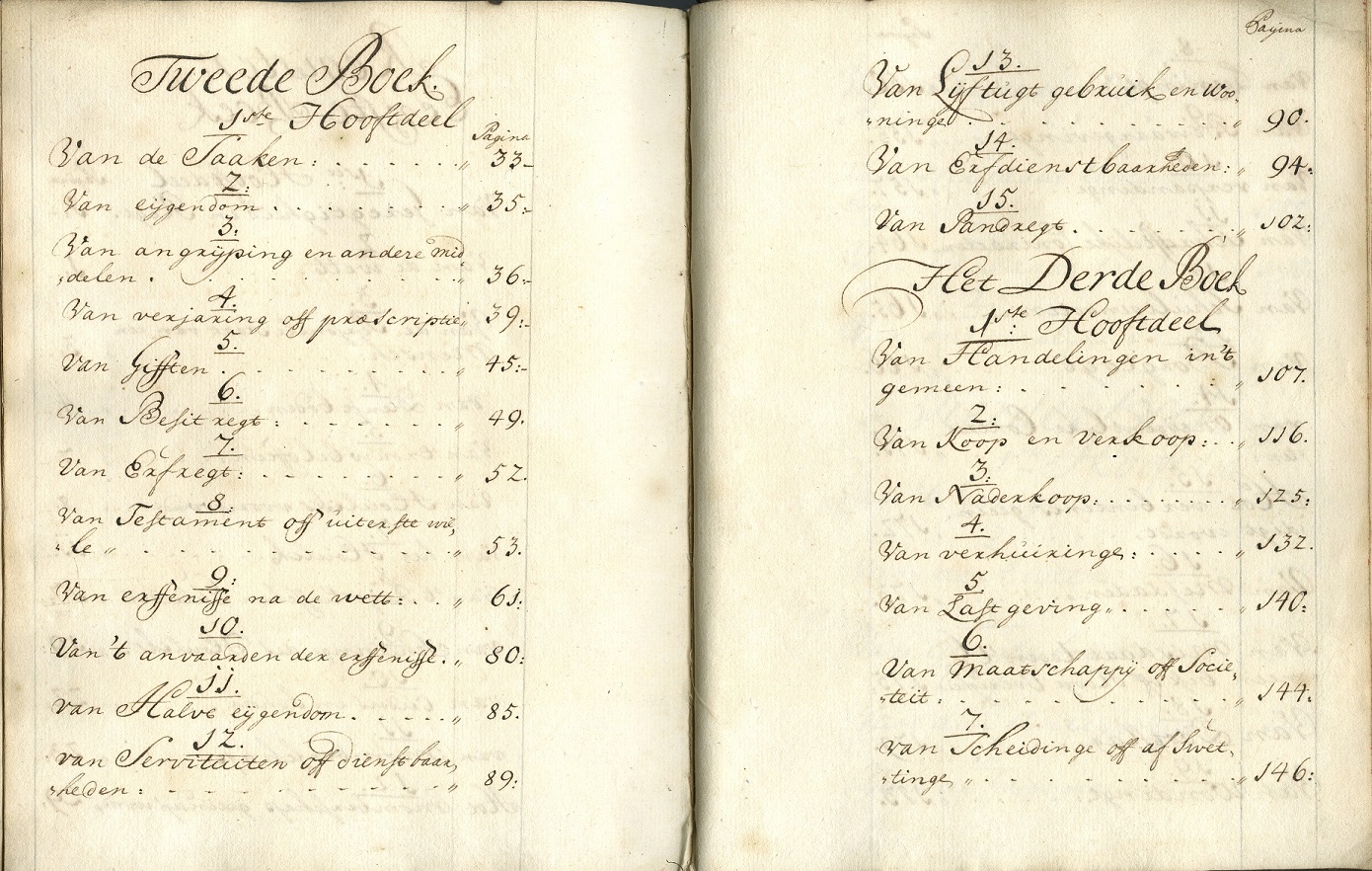 4to, pp. [i, title-page], 266 (p. 243-244 duplicated in numbering), [6, table of contents], with one or two blank leaves between each leaf of text; a crisp, clean manuscript, neatly written in brown ink, up to 32 lines per page; arms of Amsterdam, Pro patria and crowned GR watermarks to paper; bound in mid-18th-century dark brown calf, frames ruled in blind and blind-stamped central lozenge to covers, direct gilt lettering to spine, edges sprinkled red; short tear at head of spine, extremities a little rubbed; small note loosely inserted at p. 157, a few contemporary marginal notes.

A neat manuscript copy of an anonymous handbook on the rudiments of jurisprudence particular to Groningen, attributed to Paulus Laman (1663-1747). Having studied philosophy and law, Laman became an advocate, judge and burgomaster at Groningen. The Anleiding first appeared in print in 1738, published by the Groningen printer Lucas van Colenbergh, and our manuscript appears to be essentially a neat copy of this edition, with orthographical differences. The work is divided into four books and the text presented as a series of questions and answers. The first book deals with marriage, divorce, and children; the second with property, wills, and inheritance; the third with trade, loans, pledges, contracts, and crimes; and the final book with courts, judges, defendants, advocates, ‘litis contestatio’, evidence, sentencing, and judgements.

Another manuscript copy of Laman’s work, dated 1747, is recorded on Worldcat as being at the New York State Library. Further printed editions appeared in 1749 and 1778.