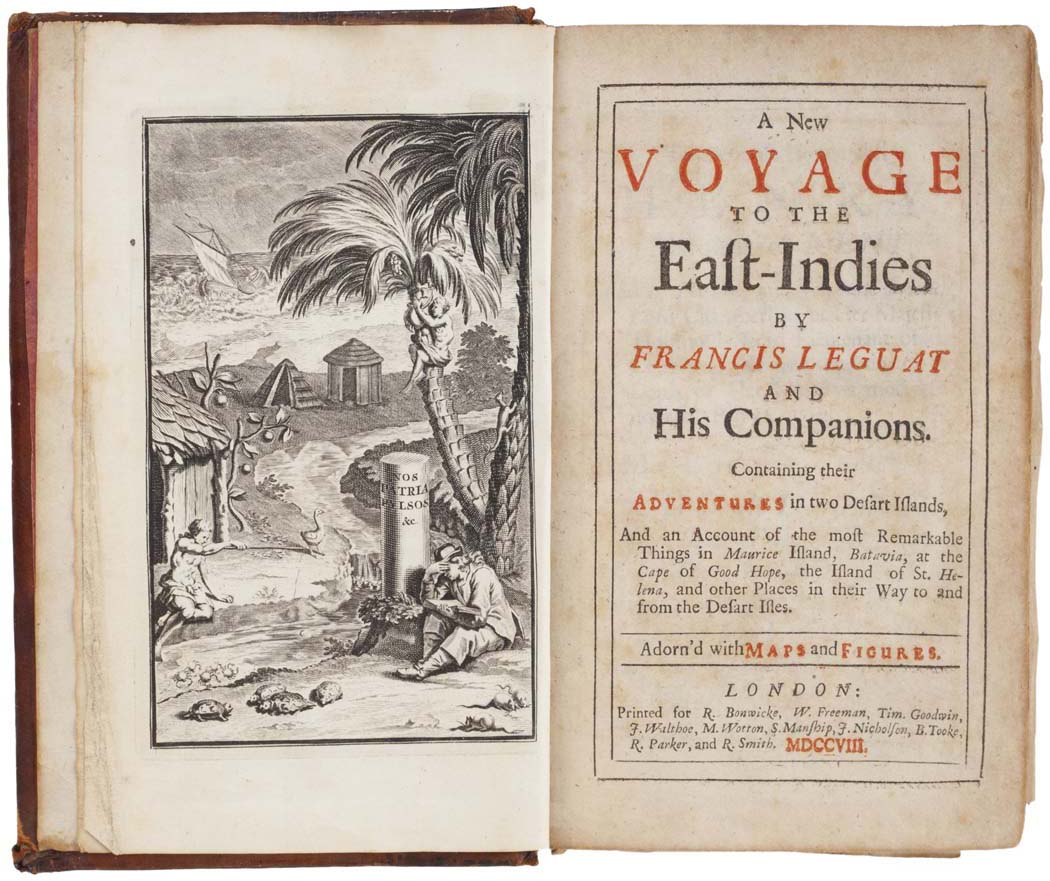 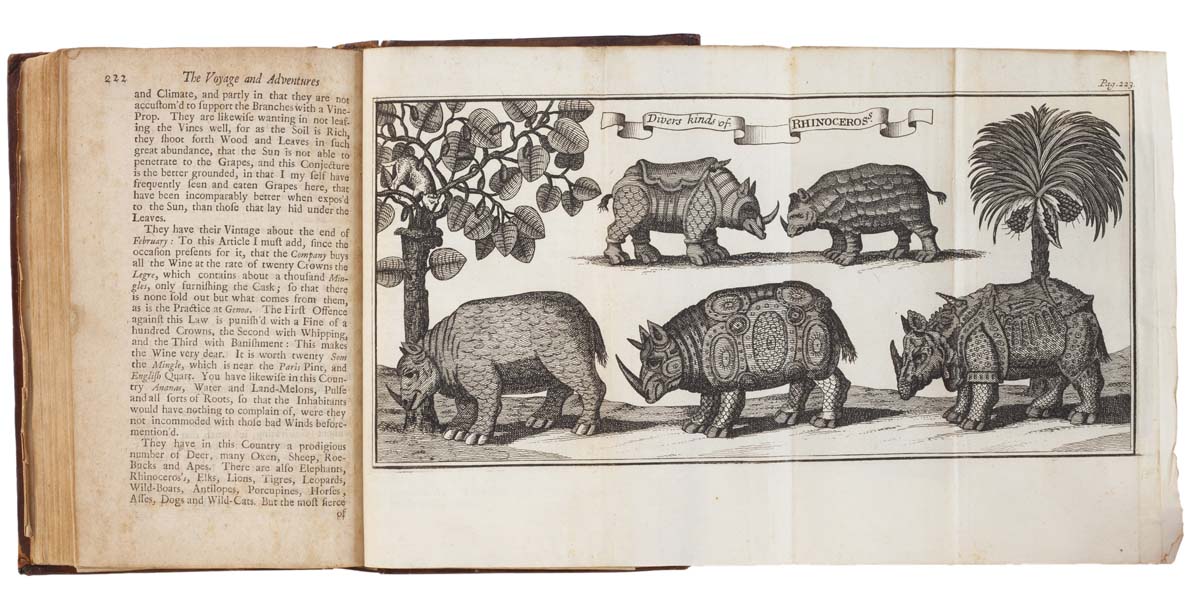 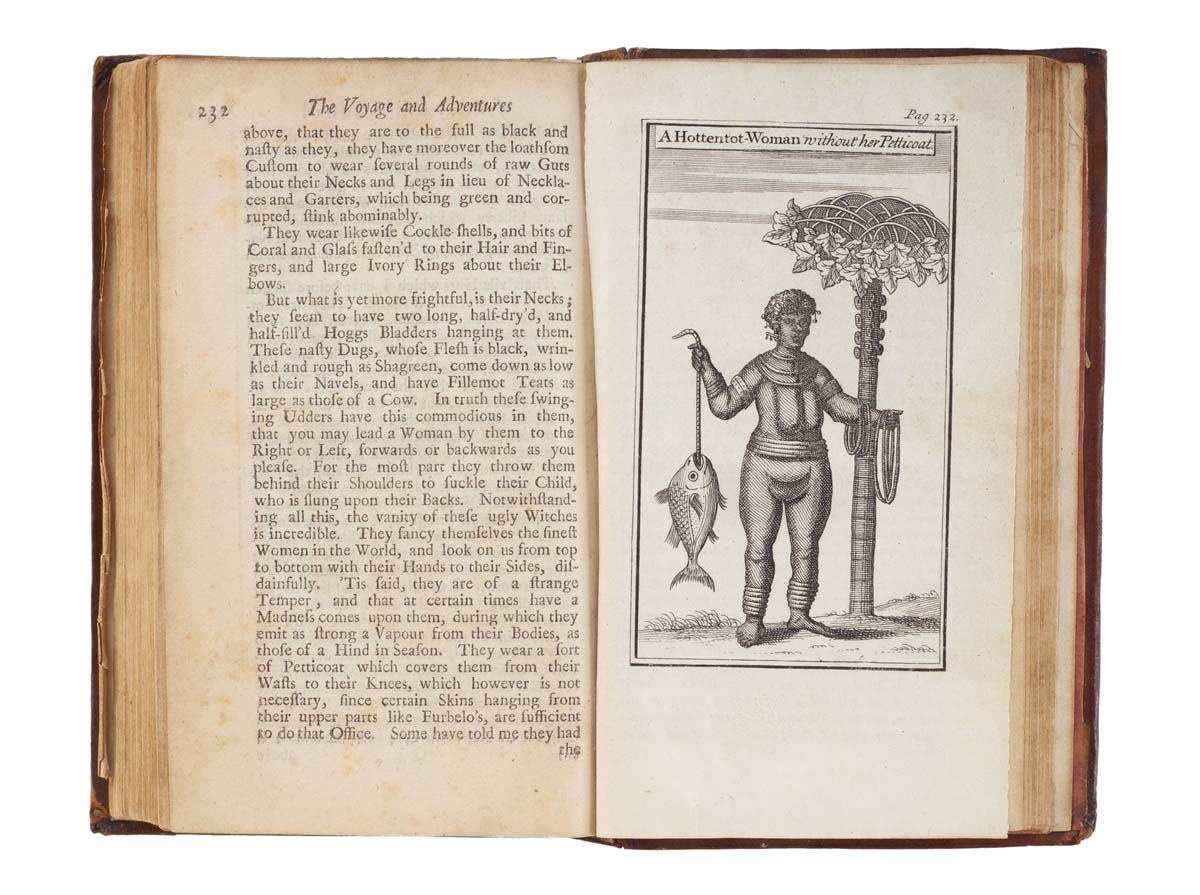 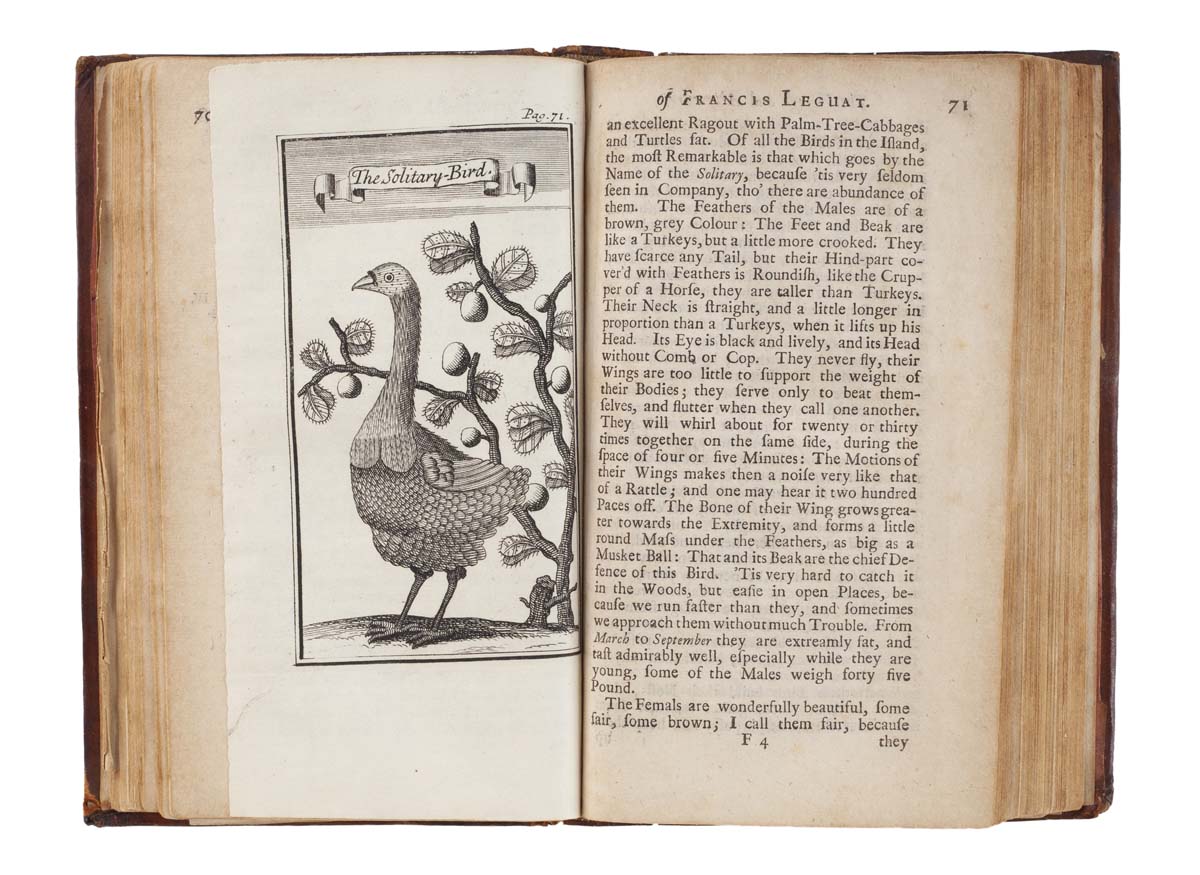 Added to your basket:
A new voyage to the East-Indies by Francis Leguat and his companions. Containing their adventures in two desart islands, and an account of the most remarkable things in Maurice Island, Batavia, at the Cape of Good Hope, the Island of St Helena, and other places in their way to and from the desart isles. Adorn’d with maps and figures.

According to his narrative, Leguat was sent by the Dutch government with a party of Huguenots to Réunion in 1690, but finding it in French hands he continued on to the deserted island of Rodrigues, landing there in May 1691. Leguat and his companions remained there for two years before sailing in an open boat to Mauritius where they were cruelly treated by the governor. In 1696 they were transferred to Batavia, and Leguat eventually returned to Europe two years later, publishing an account of his experiences (Voyage et avantures) in 1708. ‘The voyage has always been regarded with some suspicion, some suggesting that it was composed by François Maximilien Misson from other French sources. To add to the confusion, other scholars regard Misson himself as totally ficticious’ (Howgego).

The remarkable plates illustrate various fishes, birds, trees, plants, and animals, including the Rodrigues solitaire (a close relation of the dodo which was extinct by the late eighteenth century), a sea serpent, a pineapple, ‘an extraordinary ape of the island of Java’, ‘divers kinds of Rhinoceros’, ‘a Hottentot man in his summer dress’, and ‘a Hottentot woman without her petticoat’. Also included are maps of Rodrigues and Réunion.