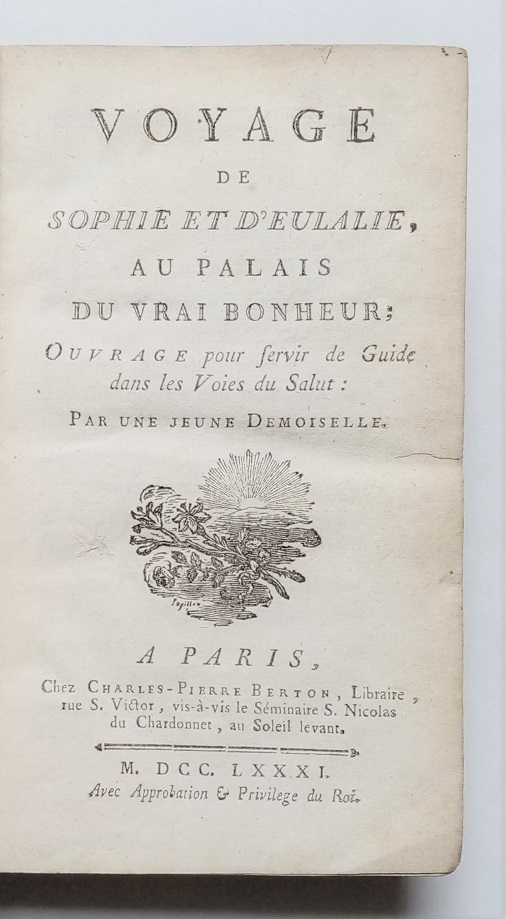 First edition of this rare utopian voyage written by a woman for a readership of women.

In the author’s note, Loquet states that she wrote ‘this pious fiction’ at the age of fifteen, and hopes that the reader will excuse ‘her sex and her age’, though the novel went through some mature reworking before publication. The peculiarity of it being a work written by a very young woman explicitly for ladies is remarked upon by the publisher, who describes it as ‘un ouvrage tout neuf, non quant à la doctrine, mais quant à la maniere de la traiter’. He sees in the book the multifarious appeals of the best novels: interesting turns of events, moral instruction and inspirational characters; and he prepares the reader to enjoy an imaginative style rich with ‘ingenious emblems, allegorical figures, poetical descriptions, and simple and pathetic discourses’. The

The book enjoyed enduring success and repeated editions for three decades; it was also translated into English. The author was born in Paris in 1750, and this was her first published novel; in the same year, she also published Entretiens d’Angélique, pour exciter les jeunes personnes du sexe à l’amour et à la pratique de la vertu, also published by Berton, who hopes in the preface to the present work that it may be even more useful. She went on to write a number of anti-enlightenment works, including Cruzamante ou la sainte Amante de la Croix (1786).

OCLC records one copy in North America, at Chicago, with two further copies in Europe, at Augsburg and BNF. 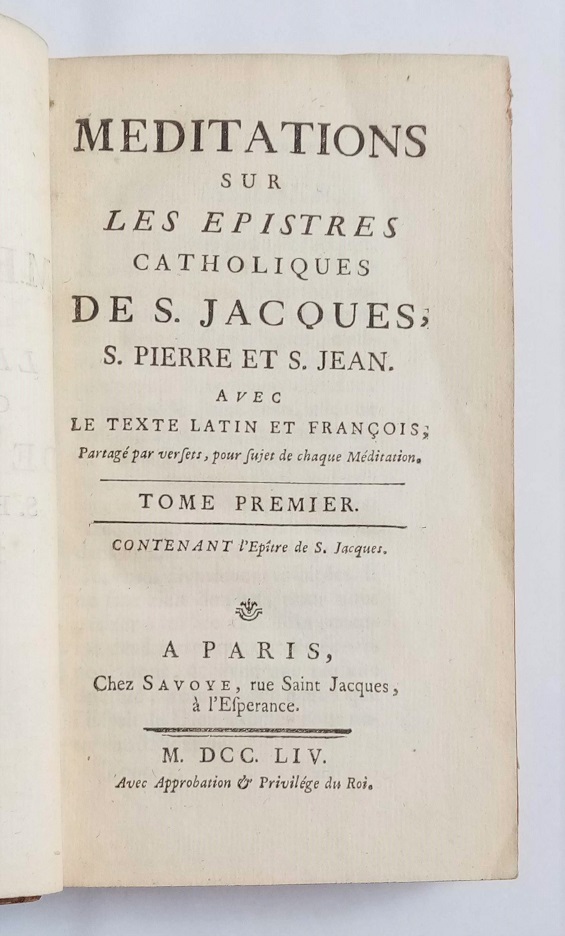 Fair manuscript copy of a course of philosophy for the use of clerical students offering a systematic treatment of Aristotelian Logic and Physics. The initial inscription states that this course was given by a Jesuit, Fr. Lalande, to Jacques Becheau of Périgord in 1681. The course is articulated in the disputationes dealing in depth with logics and metaphysics at first, then physics and astrology in the second part. A fair example of Jesuit Aristotelianism with significant departures from Aquinas’s interpretation, this manuscripts offers an insight into the Jesuit order’s agility in adapting the received ‘calculations’ of syllogism and deduction to early-modern challenges coming from the emergence of experimental science in the age of Galileo.