Added to your basket:
On the Products of the Fission of Uranium and Thorium under Neutron Bombardment.

‘The rapid developments in physics during the 1930s, such as the discovery of the neutron, artificial radioactivity and the positron, did not leave Meitner behind. In 1933, she used a Wilson cloud chamber to photograph positron production by gamma radiation and in the following year, she began to study the effects of neutron bombardment on uranium with Hahn. They were interested in confirming the results of Enrico Fermi (1901-1954) that suggested the production of transuranic elements, that is, elements with atomic numbers higher than that of uranium (92). In 1935, Meitner and Hahn used a hydrogen sulphide precipitation method to remove elements with atomic numbers between 84 and 92 from their neutron-irradiated sample of uranium. They thought they had found evidence for elements with atomic numbers 93, 94, 95 and 96. Then in 1938, after Meitner was forced to flee from Germany, Hahn and Strassmann found that the radioactive elements produced by neutron bombardment of uranium had properties like radium. From Sweden, Meitner requested firm chemical evidence for the identities of the products. Hahn and Strassmann were surprised to find that the neutron bombardment had produced not transuranic elements but three isotopes of barium, which has an atomic number of 96’ (Hutchinson’s Dictionary of Scientific Biography p. 474).

‘The evidence for transuranic elements was thus placed in doubt, since sulphide precipitation did not eliminate elements lighter than plutonium. Meitner discussed this news with Frisch. It soon became clear that Bohr’s droplet model of the nucleus must provide the clue to understanding how barium nuclei could be formed from uranium nuclei, which are almost twice as heavy. Frisch suggested that the division into two smaller nuclei was made possible through the mutual repulsion of the many protons of the uranium nucleus, making it behave like a droplet in which the surface tension has been greatly reduced by its electric charge. Meitner estimated the difference between the mass of the uranium nucleus (plus the extra neutron with which it had been bombarded) and the slightly smaller total mass of the two fragment nuclei; from this she worked out (by Einstein’s mass-energy equivalence) the large amount of energy that was bound to be released. The two mutually repulsed fragments would, indeed, be driven apart with an energy that agreed with their value, so it all fitted.

‘Meitner and Frisch reported these findings in a joint paper that described this “nuclear fission” (composed over the telephone, since she was in Stockholm and he had returned to Copenhagen)’ (DSB).

‘They predicted correctly that krypton would also be found among the products of this splitting process, which they named fission. A paper describing their analysis appeared in January 1939, and immediately set in motion a series of discoveries leading to the first nuclear reactor in 1942 and the first atomic bomb in 1945’ (Hutchinson’s Dictionary of Scientific Biography, ibid.).

First edition, an uncut copy in wrappers, of the sole example of Condorcet’s economic writings to employ mathematics. Condorcet’s use of ‘the sign ∫ as a sign of summation of finite quantities’ is an ‘innovation’ in his ten-page footnoted discussion of the various ways ‘in which indirect taxation could be replaced by direct taxation and the effects of such a change’ (Theocharis, p. 65). This biography, together with that of Dupont, is the chief contemporary account of the renowned financial reformer and physiocratic sympathizer, Turgot. 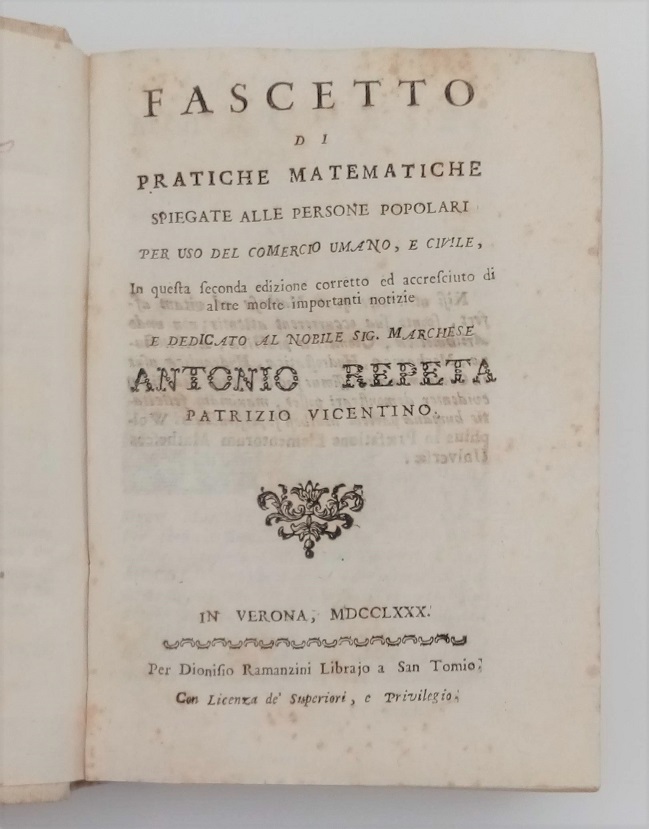