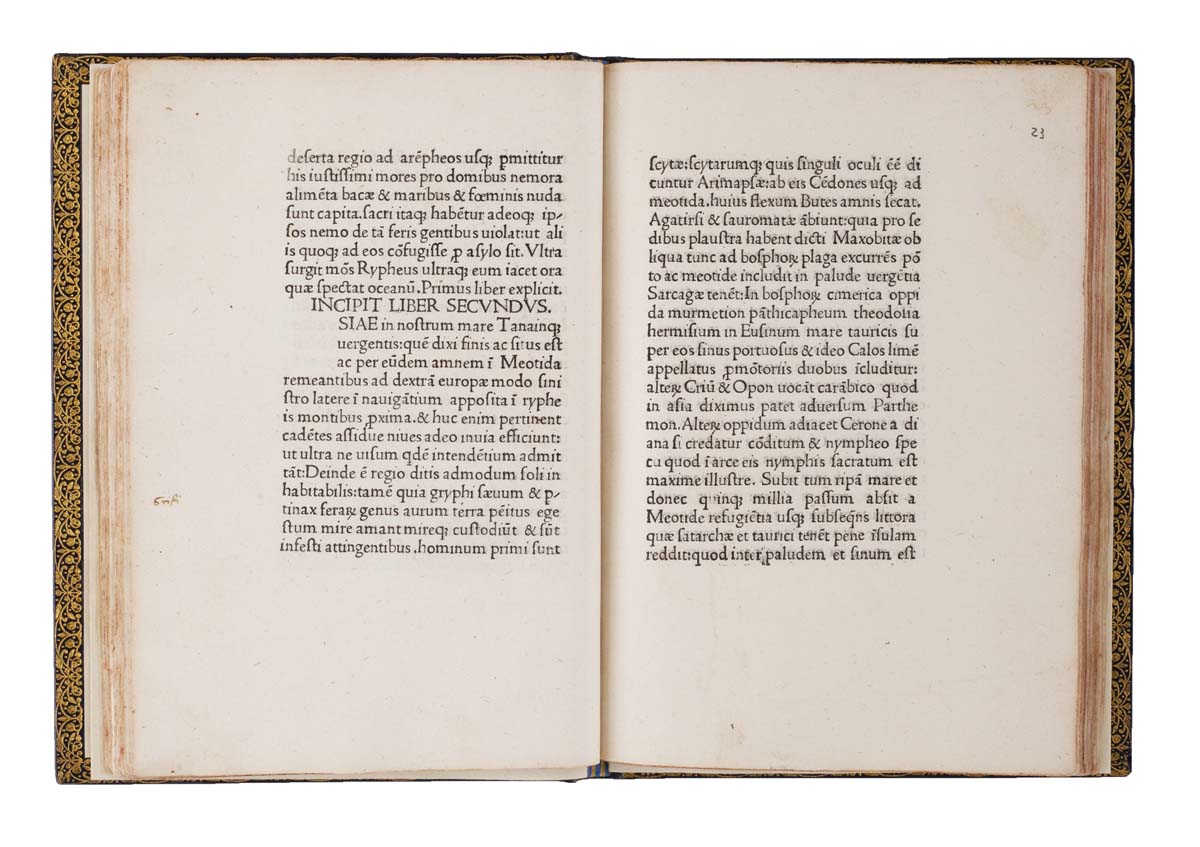 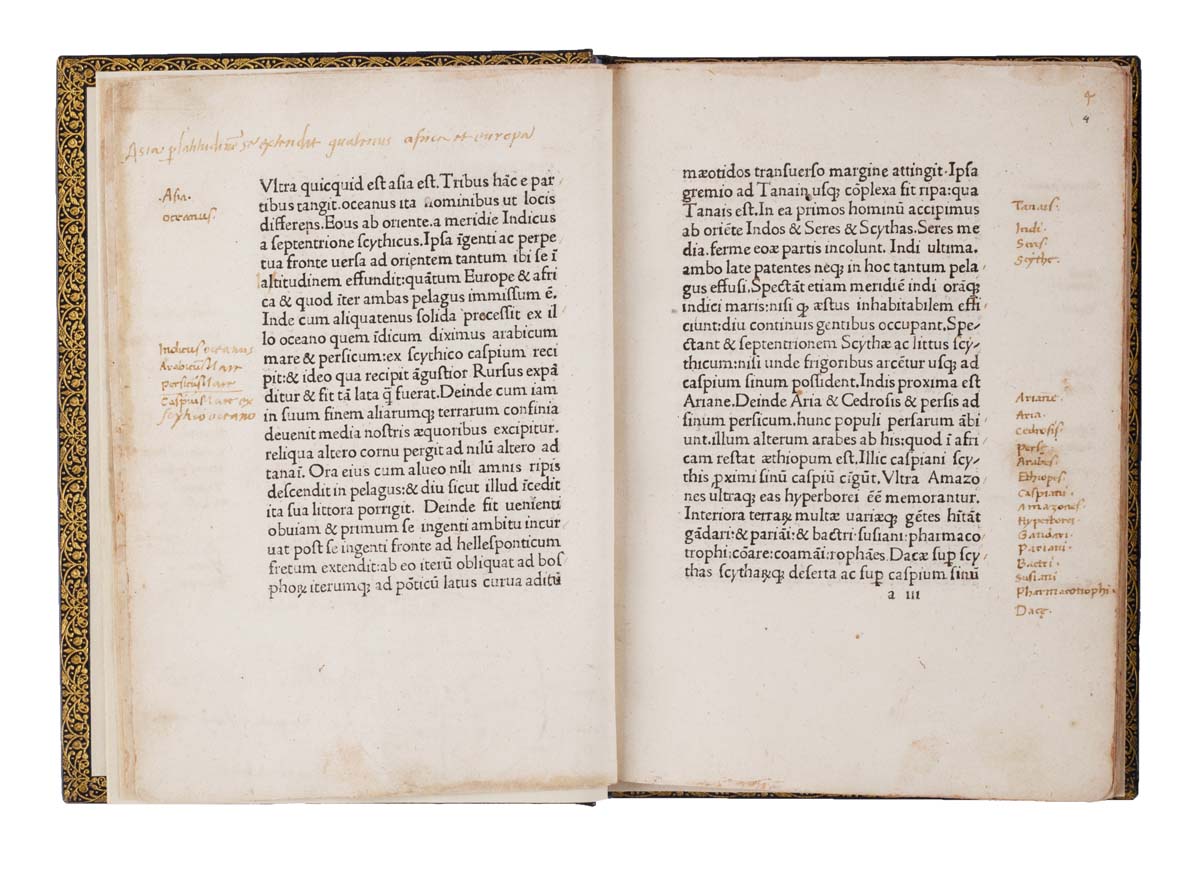 4to, ff. [62] (blanks a1, h5 and h6 present), roman letter; some soiling on first page of text and occasionally elsewhere, single small wormhole in first 20 or so leaves, but generally a very fresh, large copy; several manuscript annotations in a contemporary hand (see below), list of food items in Italian on an early flyleaf at end; modern blue morocco, gilt.

‘Mela’s world is surrounded by seas and divided into two hemispheres, Asia in the eastern, Europe and Africa in the western. From north to south, as in Eratosthenes’ poem Hermes and Virgil’s Georgics, it is divided into five zones, two cold, two temperate, and one hot’ (O. A. W. Dilke, ‘Itineraries and geographical maps in the early and late Roman empires’, in J. B. Harley and David Woodward, eds., Cartography in Prehistoric, Ancient, and Medieval Europe and the Mediterranean, pp. 234–257 at p. 242).

There is no evidence that Mela’s work ever contained maps, a lack that a contemporary reader has attempted to remedy in the present copy. His map (f. 3r), orientated south, is an unusual combination of the zonal type sometimes found, for example, in manuscripts and printed editions of Macrobius’s In somnium Scipionis expositio, and the Isidorian T-O type. The Nile and the Don are schematically represented. The annotator has also made a number of small corrections to the text on the same page.

The 1477 edition is very rare. We have been unable to trace another copy on the market in the past eighty years. The first edition, printed in Milan in 1471, is similarly rare. ISTC records copies of our edition in the UK at the British Library, King’s College Cambridge, Glasgow, Manchester and the Bodleian, and in the US at California, Columbia, Brown University, the Huntington and the Library of Congress.

PRINTED ON VELLUM [CANONS REGULAR OF THE LATERAN.]