First edition of this posthumously published work by the eminent Dutch classical scholar and antiquary Meursius (1579–1639), giving an account of the life and deeds of Theseus, the mythical hero and king of Athens, including a chapter on his slaying of the Minotaur.

The principal text is followed by various notes on ancient Attica gathered from Meusius’s manuscripts, encompassing, for example, the cult of Heracles, the discovery of fire, Marathon, Plato’s garden, and the place where Xerxes sat to watch the battle of Salamis. The final part comprises Greek inscriptions collected by the pioneering French archaeologist Jacob Spon (1647–1685).

Provenance: with the handsome early Jacobean armorial bookplate of Robert Hoblyn (1710–1756, Franks 14910). Born at Nanswhyden in Cornwall, Hoblyn entered Corpus Christi College Oxford at the age of sixteen, graduating as Bachelor of Civil Law in 1734. Between 1742 and 1754 he served as MP for Bristol. ‘Robert Hoblyn, a well-known book collector, of an old Cornish family, made his fortune by tin mining, supplying the brass working industry at Bristol, in association with his father-in-law ... Returned as a Tory for Bristol, he voted regularly against the Government and was classed as Opposition in 1747’ (The History of Parliament). Hoblyn is not listed on Book Owners Online.

Only edition, unrecorded outside Italy, of a symposium of laudatory verses published on the occasion of Fabio Chigi’s accession to the Papacy as Alexander VII, with descriptions of the accompanying ritual and pomp. The equestrian triumph and procession, the solemn conferment of papal regalia and insignia such as the triple tiara and mitre, the ‘lachrymose’ acclamation of the people of Rome are rendered in eye-witness account, complemented with several verse eulogies and a full-page woodcut of the pope’s arms, and culminating with poems on the subject of the pope’s effigy. Such portrait paintings were executed in many versions and were widely distributed, often given as diplomatic gifts, or acquired as expressions of political allegiance (see the specimen held at the Walters Museum). 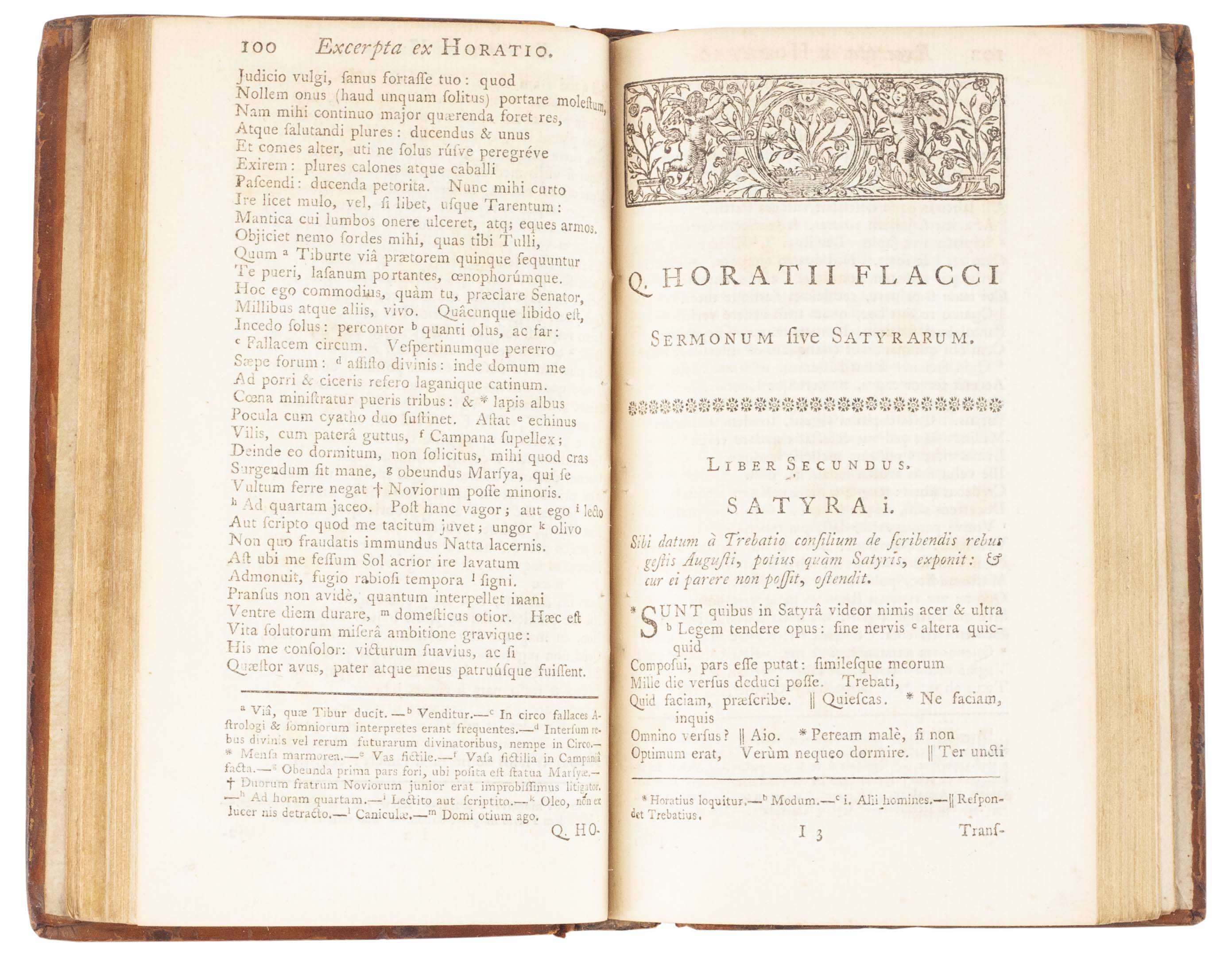 First edition of one of the textbooks that Wesley compiled for the school that he founded at Kingswood, Bristol, in 1748. Finding contemporary textbooks inadequate, he published an astonishing number of works for his pupils – grammars, editions of classics, and other introductions to learning. His first concern was purity of thought (there are, for example, only brief, cautious extracts from Ovid, while Horace gets more than half the volume), but also the purity of Latin style. There are runs of his textbooks at Wesley House, the John Rylands Library, and in the Frank Baker collection at Duke, but, as is wont with schoolbooks, most are now very rare.