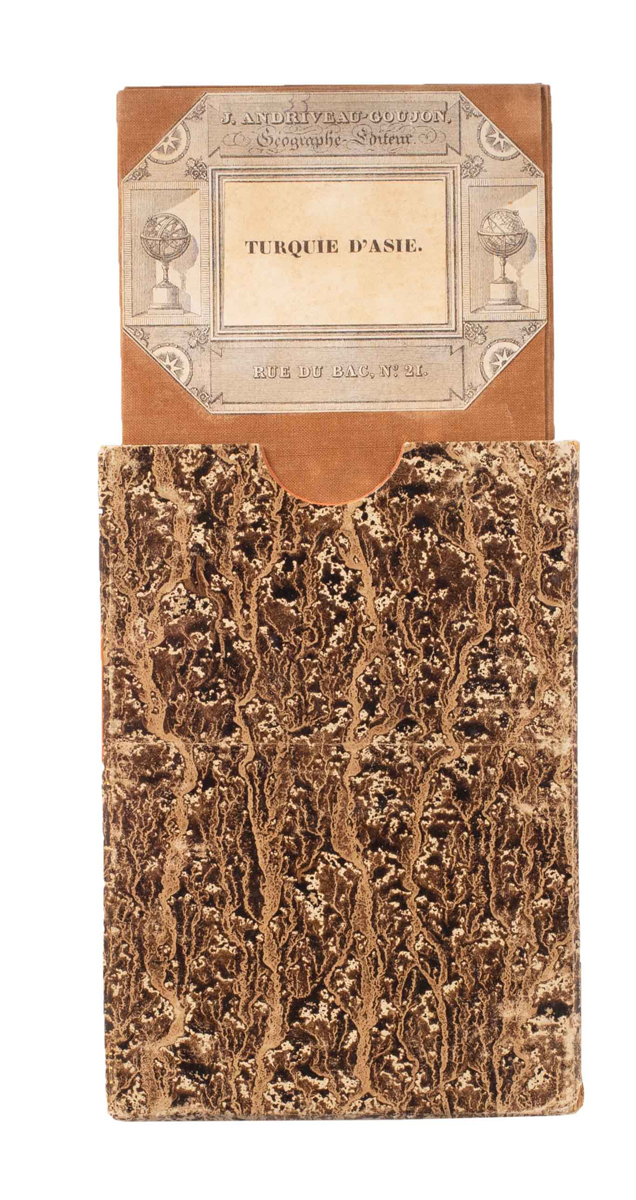 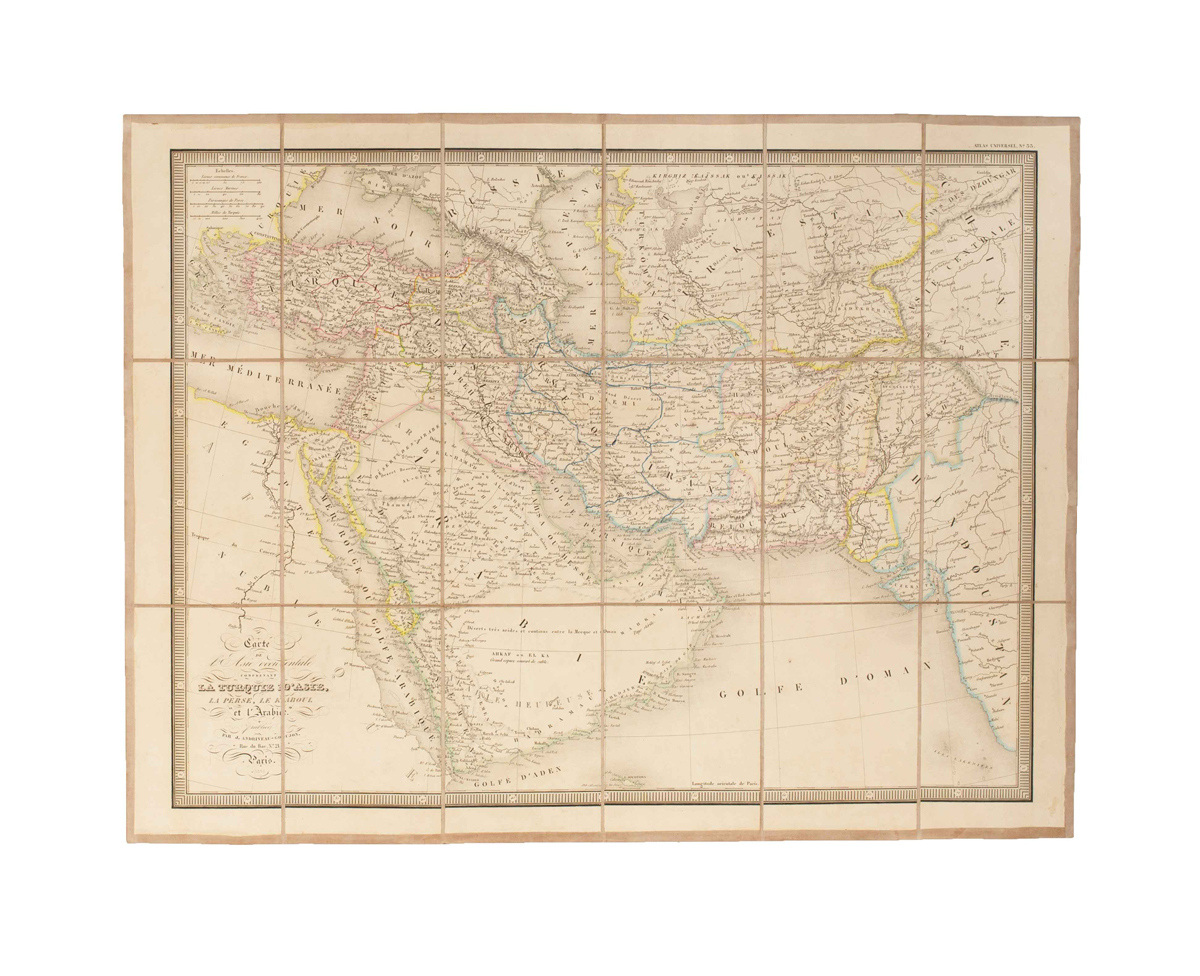 A lovely hand-coloured folding map of the Middle East and part of Asia, comprising Arabia, Turkey, Iran, Central Asia, and the western borders of China and modern-day India, from the celebrated Parisian map-selling company of Andriveau-Goujon.

Numbered 33 in Andriveau-Goujon’s Atlas universel series, the map shows the western half of Asia in the year 1850, ranging from Constantinople in the northwest to Calcutta (Kolkata) in the southeast, and from Yarkant country in the northeast to Yemen in the southwest.

We have been unable to trace any folding examples such as this in UK or US libraries.