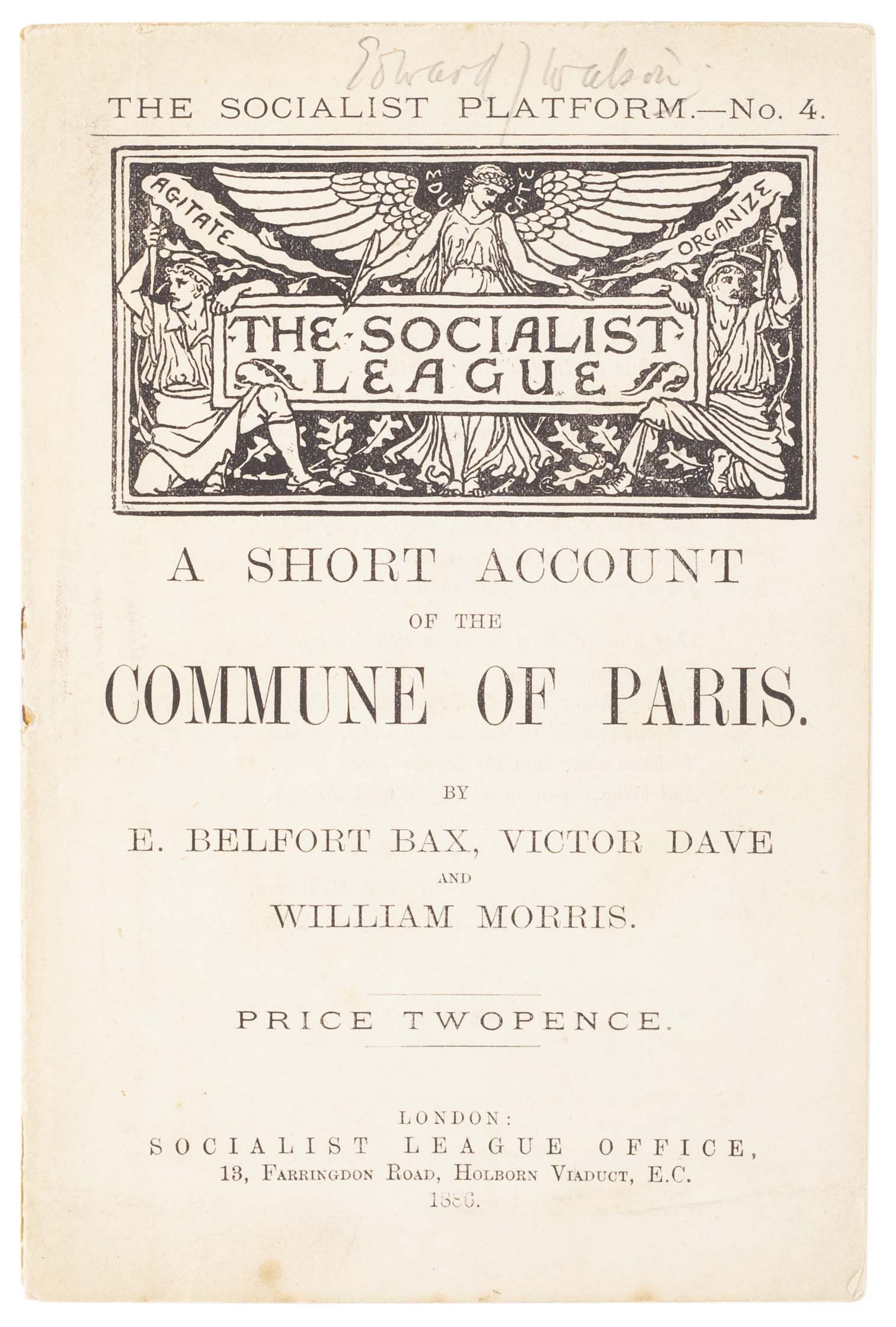 8vo, pp. [2], [59]-79, [1 (advertisement for the League’s publications]; woodcut device of the Socialist League to front wrapper; a very good copy, stapled as issued; wrapper with short splits at foot of backfold and around staple; pencil inscription ‘Edward J. Walson’ to front wrapper.

Added to your basket:
Belfort BAX, and Victor DAVE. The Socialist Platform. No. 4. A short Account of the Commune of Paris.

First and only edition of Morris’s, Bax’s, and Dave’s account of the Commune of Paris of 1871, presented as ‘the starting point of the irresistible Unity of Socialism in Europe and America’.

An irregular complement to the Socialist League’s journal The Commonweal (under Morris’s editorship from its establishment in 1885 until his ousting in 1889), The Socialist Platform was ‘intended in great measure to be a Commentary on the Manifesto of the League’, which had itself been published with notes by Morris and Bax. The Platform, with its distinctive woodcut headpiece by Walter Crane (bearing the motto ‘agitate, educate, organize’), ran to seven issues, of which four were authored by Morris. Among these, the Short Account appears to be by far the rarest; his other contributions are Useful Work v. Useless Toil (no. 2), True and False Society (no. 6), and Monopoly: Or, How Labour is Robbed (no. 7).