first edition, the publisher’s archive copy with red stamp on front wrapper. ‘Based on a course Peano began teaching at the University of Turin in 1885 [it] contains the beginnings of his “geometrical calculus,” new forms of remainders in quadrature formulas, new definitions of length of an arc of a curve and of an area of a surface, the notion of a figure tangent to a curve, a determination of the error term in Simpson’s formula, and the notion of the limit of a variable figure’ (DSB).

‘His [Peano’s] research interests lay within mathematical analysis (including Cantorian set theory, to which he became an important early adherent) and the foundations of geometry; in both contexts he came across the logic of this [ich denke das ist ein typo fuer his] day and became a major contributor to it, applying it to various mathematical issues, especially the foundations of arithmetic’ (Grattan-Guinness, The Search for Mathematical Roots p. 219). 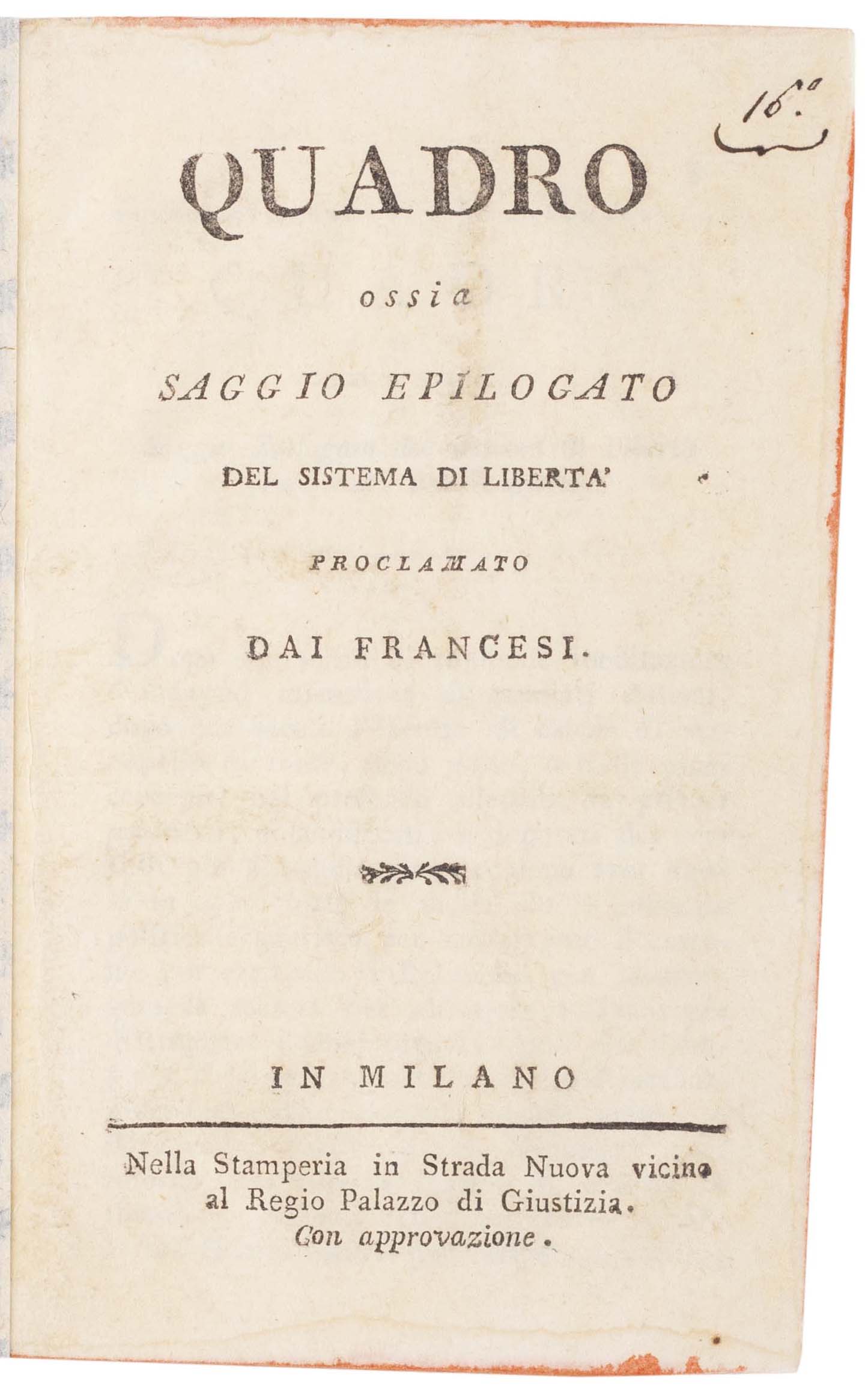 An impassioned tract attacking the claims of a new life of liberty promoted in Europe after the French Revolution, very rarely to be found in any of the three editions published in the same year.