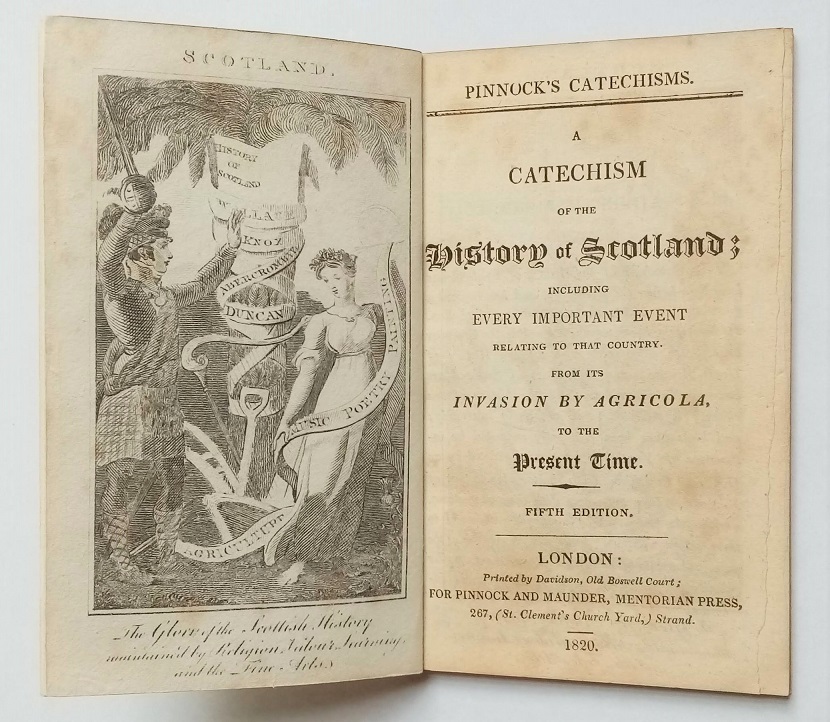 Added to your basket:
A catechism of the history of Scotland; including every important event relating to that country. From its invasion by Agricola, to the present time. Fifth edition.

Early edition of this oft-reprinted but uncommon guide to Scottish history, one of many catechisms on all types of subject published by the writer and publisher William Pinnock (1782-1843). The history of Scotland appears to have concluded with the ’45 rebellion; the final question and answer pair is as follows:

Q. Has the tranquillity of Great Britain been disturbed by any subsequent rebellion?

A. No; during the present reign all classes of his majesty’s subjects have manifested the most loyal disposition. The Scotch and English have now no separate interests, and whatever tends to throw lustre on the natives of one part of Britain is viewed with pride and satisfaction by those of the other.

Of this edition, OCLC records only Peabody Essex, Stanford, and the National Library of Scotland.