First edition of Pisa’s history of Toledo; scarce. The original sheets were reissued in 1617 with new preliminaries. Although the 1605 issue is considerably rarer, the preliminaries here have been supplied from another copy.

The historian Francisco de Pisa (1534–1616) was a chaplain to the Mozarabic chapel of Toledo cathedral and, from 1605 (or earlier) to 1608, dean of the faculty of theology and arts at the college of Santa Catalina. He was a friend of El Greco, and most art historians identify El Greco’s portrait now in the Kimbell Art Museum as depicting Pisa. His history of Toledo, which begins with the city’s origins and ends in 1601, is particularly valuable for his treatment of the lives of its archbishops. A projected second part was never published.

Towards the end of his life Pisa recounted a dispute with the printer Pedro Rodriguez over the printing of this work. A contract of 5 November 1604 stipulated the printing of 1500 copies, with Pisa to supply the paper. According to Pisa, Rodriguez complained that the quality of the paper supplied was too poor, demanding further stocks with which he then printed extra copies. Before putting the edition on sale officially, Rodriguez sold the additional copies already bound. 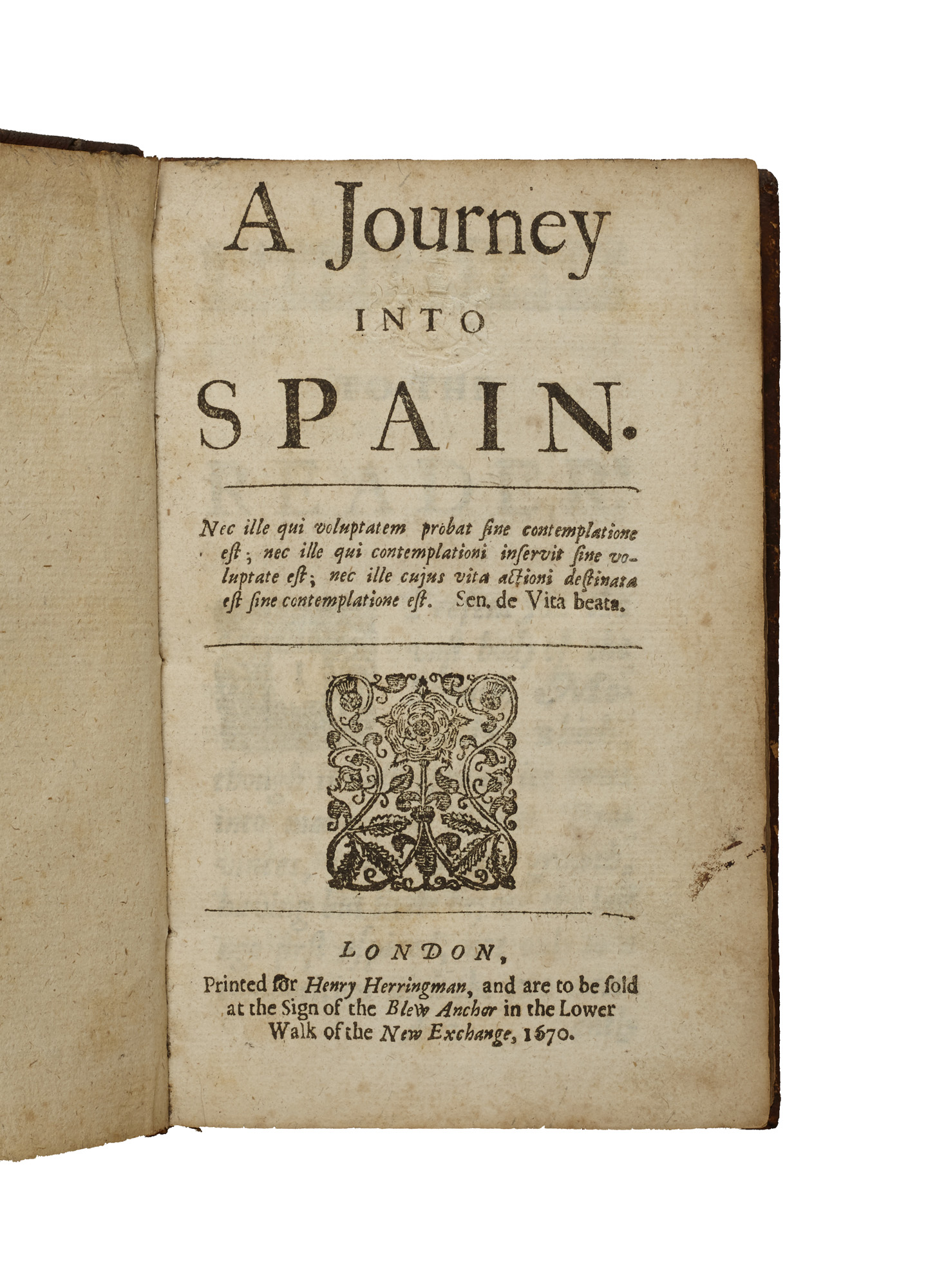 A journey into Spain.

First edition in English. A free and abridged translation of Voyage d’Espagne curieux, historique et politique, first published anonymously in 1665. Setting out from the Netherlands in 1651 in the company of François van Aerssen, Brunel toured France, Germany and Italy before travelling to Spain in March 1655. The party made its way to Madrid via San Sebastián, Vitoria and Burgos, returning to France at the end of June via Zaragoza, Tudela and Pamplona. Aranjuez and Alcalá de Henares are also described. Brunel compiled this account of his travels around 1657 using his own notes and those of Van Aerssen (who drowned on his return to the Netherlands and to whom the work is sometimes attributed).