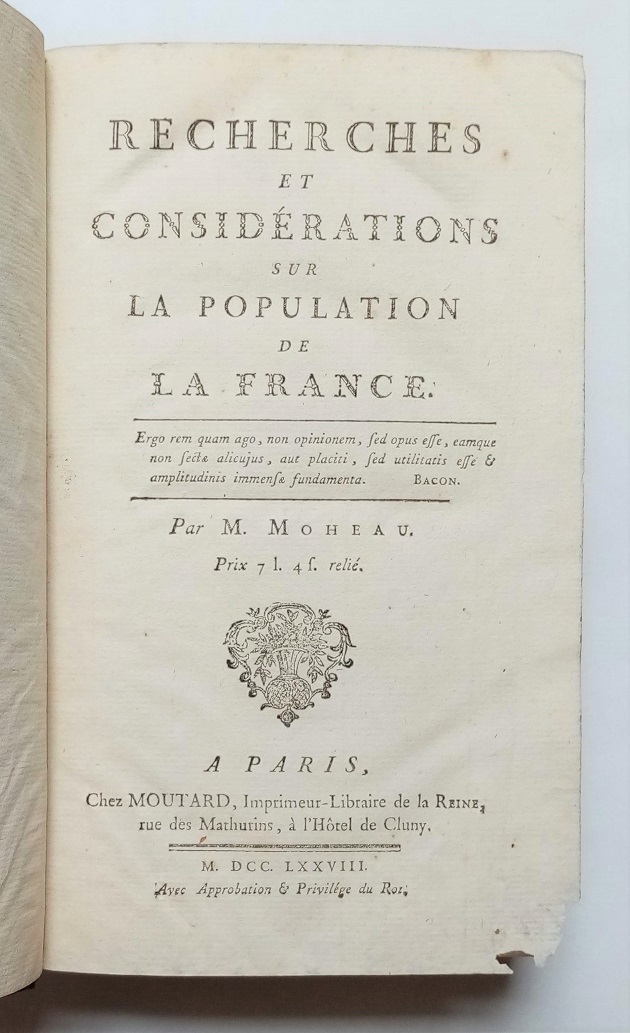 First edition. This work is held in high regard by both McCulloch and Peuchet, though when first published it received little acknowledgement, being attributed to Baron Auget de Montyon, who assisted in the work and to whom Moheau was secretary. The first part contains statistical tables; the second is devoted to the analysis of various factors likely to influence population levels. Peuchet called this title ‘un livre classique et bien écrit’ (Statistique Elémentaire, p. 226.). McCulloch states that ‘a work on the population of France or Great Britain, modelled after that of Moheau, and embodying the latest information on the subject, would be a very valuable acquisition’ (p. 264).