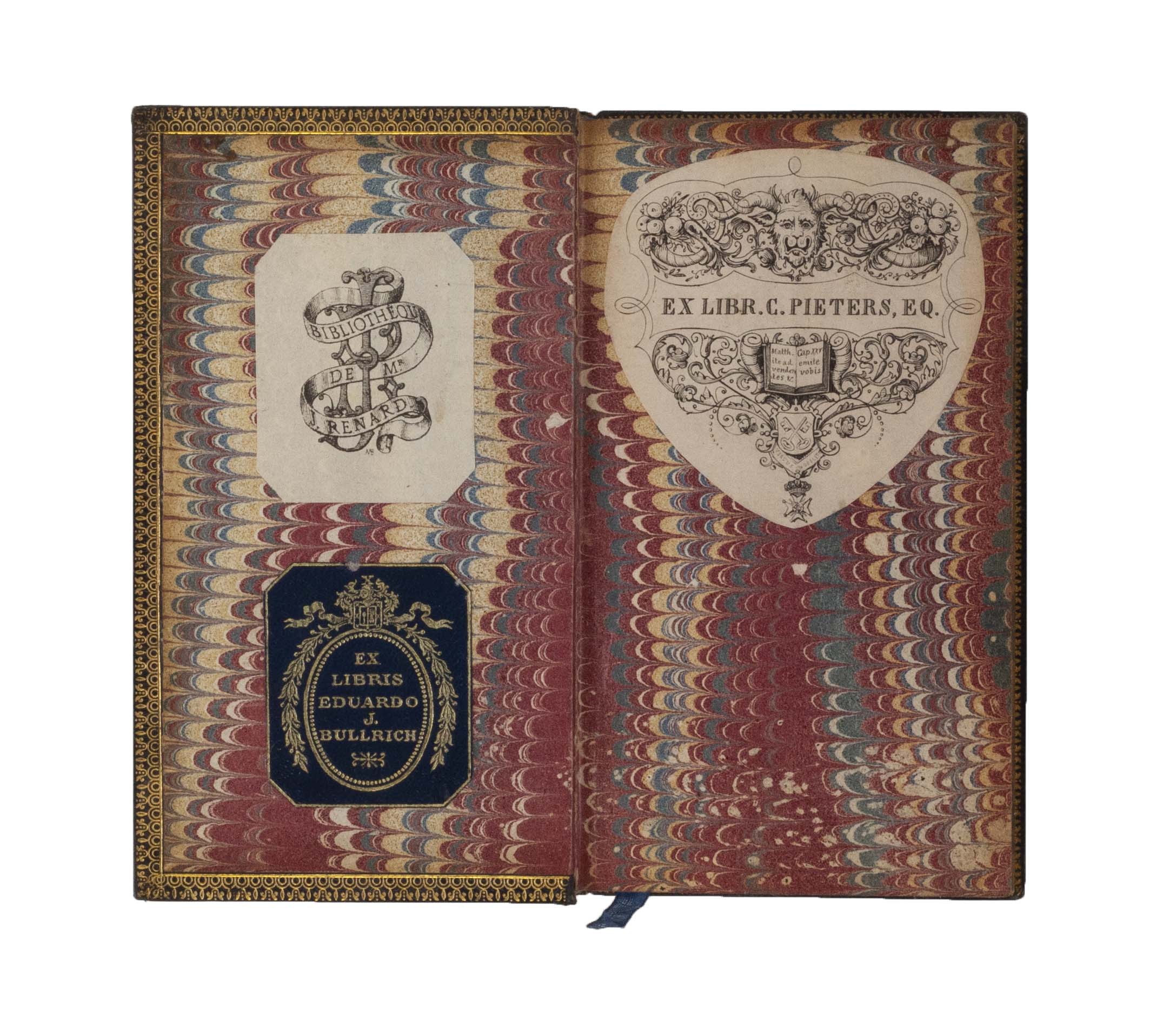 The first editions of these plays are of great rarity, but these contemporary piracies, which were a staple of the Elzeviers, are also extremely scarce. Of Le Marquis ridicule we have been able to trace only three copies, at Trinity College Dublin, Heidelberg, and Leiden (and only one copy of the first edition, at the Bibliothèque nationale); and of L’Escolier de Salamanque only five copies (Senate House, and four in mainland Europe), plus two of the first edition. There have been no copies of any edition sold at auction since this volume last appeared in 1952.

A handsome copy of Hesiod’s poems, in a Justice and Lucretia binding, used by a student in Strasbourg at the end of the eighteenth century.