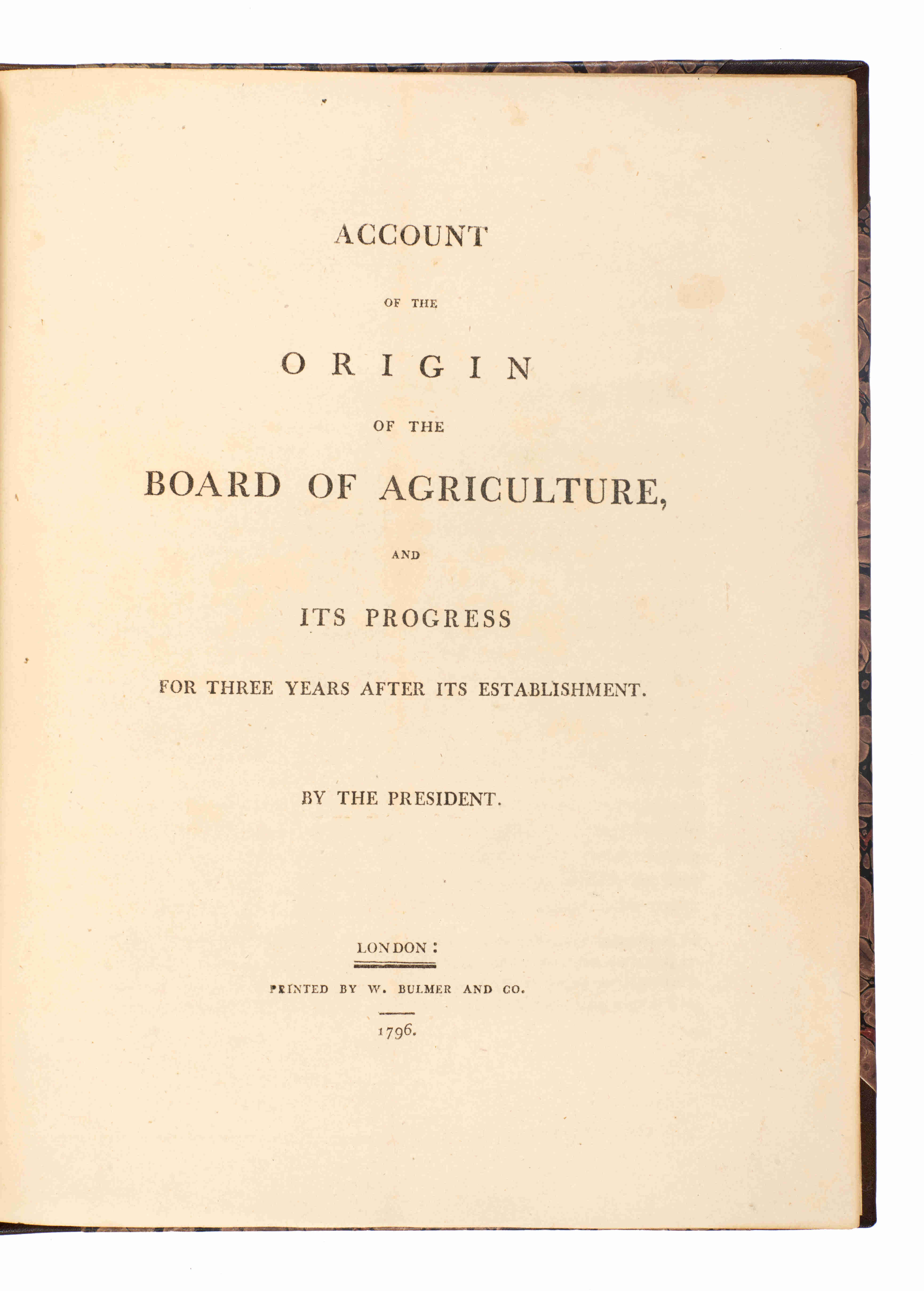 Added to your basket:
Account of the origin of the Board of Agriculture, and its progress for three years after its establishment. By the President.

First and only edition, rare in commerce. Sinclair pushes the importance of statistical agricultural surveying in his capacity as president of the Board of Agriculture, founded in 1793. The agricultural improver Arthur Young was his secretary. This includes the blank sample tables for population data that might be used in the projected surveys. Sinclair’s work had begun with a 7,500-mile journey through Scandinavia, Russia and continental Europe, where he “became acquainted with the most distinguished authors, the ablest statesmen, and the most zealous patriots, that Europe could then boast of”. After which, he returned to Scotland, where he inherited estates in Caithness, to undertake a monumental parish-by-parish survey, the Statistical account of Scotland, published from 1791. In the present work Sinclair outlines a slightly amended idea along the same lines for a statistical survey of England, county-by-county rather than parochial, to be undertaken by agents for the Board. This idea never came about, eventually being quashed by John Moore, Archbishop of Canterbury. Sinclair’s career as agricultural improver was characterized by optimistic experiments that often failed at significant expense; the Board of Agriculture was no exception, being based on antiquated systems familiar to Sinclair from Scottish societies. It lost its government funding in 1820 and was dissolved in 1822.

Travels, or observations relating to several parts of Barbary and the Levant, illustrated with cuts, the second edition, with great improvements.

‘Second and most valued edition’ (ODNB) of Shaw’s observations of North Africa and the Near East. Serving as Chaplain to the English factory at Algiers from 1720 to 1733, Thomas Shaw (1694–1751) travelled extensively in Egypt, Palestine, Cyprus, and North Africa, gathering extensive observations on local culture, antiquities, geography, and natural history. On his return to England he became a doctor of divinity and a fellow of the Royal Society in 1734, publishing his Travels in 1738, dedicated to George II and acclaimed for its accurate descriptions, fine plates, and detailed maps. The work proved successful and, when appointed principal of St Edmund Hall in 1740, Shaw used the profits of the publication to restore the north range of the front quadrangle of the college, at a cost of about £400. Though published posthumously, Shaw prepared this second edition before his death, including for the first time two controversial supplements of 1746 and 1747.