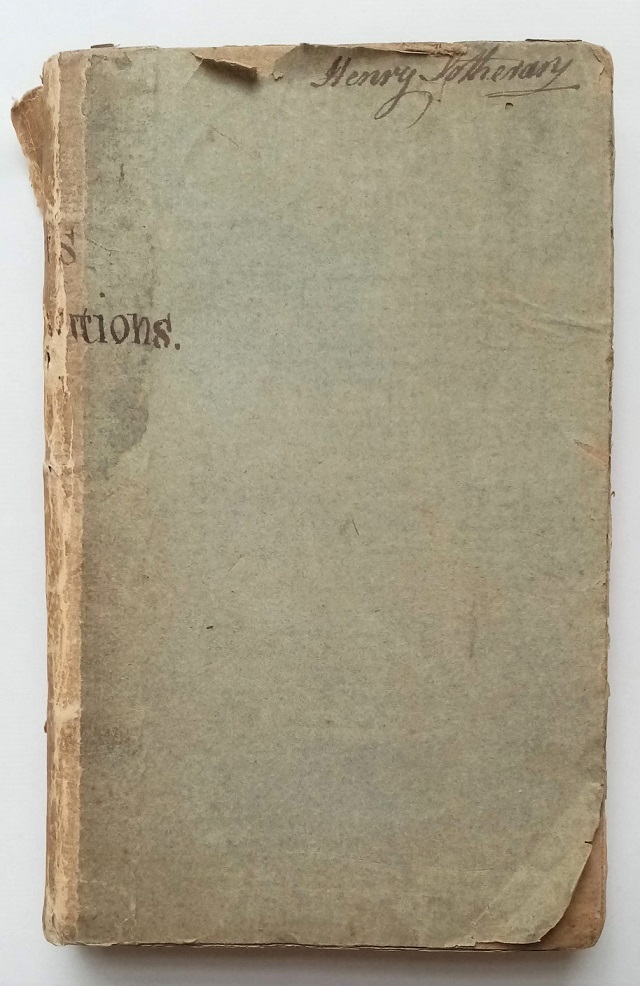 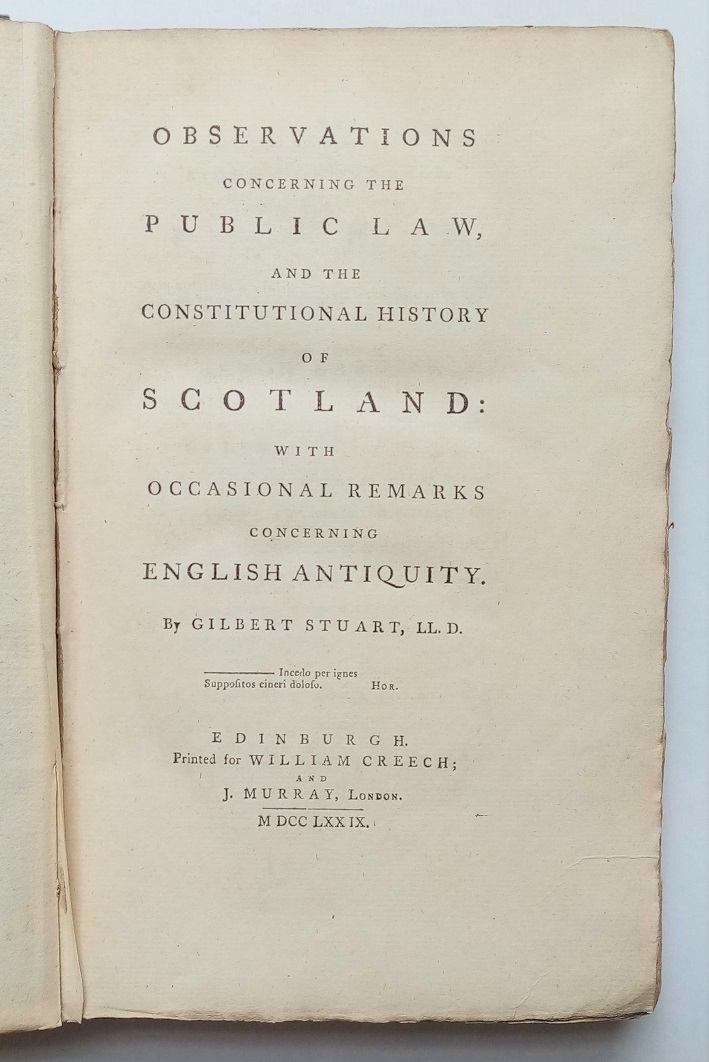 Added to your basket:
Observations concerning the Public Law, and the constitutional History of Scotland: with occasional Remarks concerning English Antiquity.

First edition. At the time of the publication of these Observations, Gilbert Stuart (1742–1786), a prolific reviewer, sometime reader for John Murray, co-founder of the short-lived Edinburgh Magazine, and author of various historical works, was a candidate for the professorship of public law in the University of Edinburgh. In this he was unsuccessful.

Provenance: the signature to the upper cover suggests this copy belonged to the bookseller Henry Sotheran; an ink note facing the title reads ‘New Cat No. 645 Old Cat. No. 1965’.