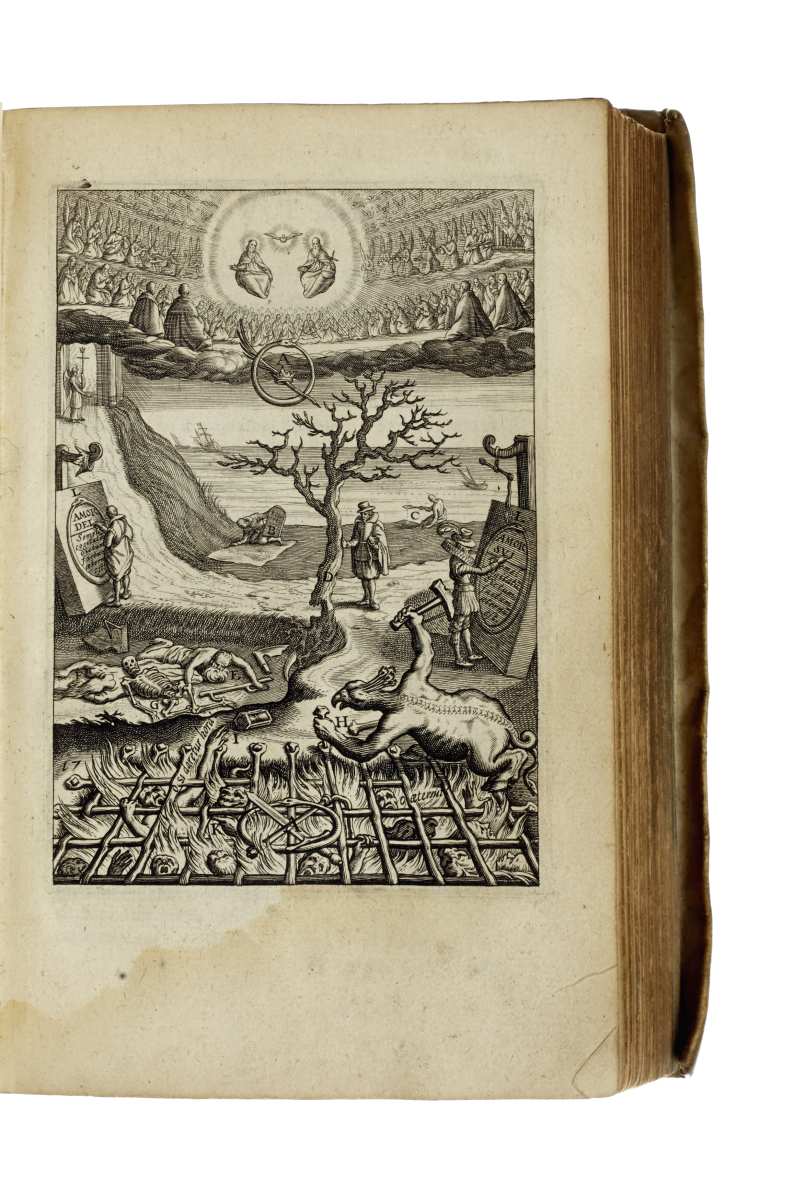 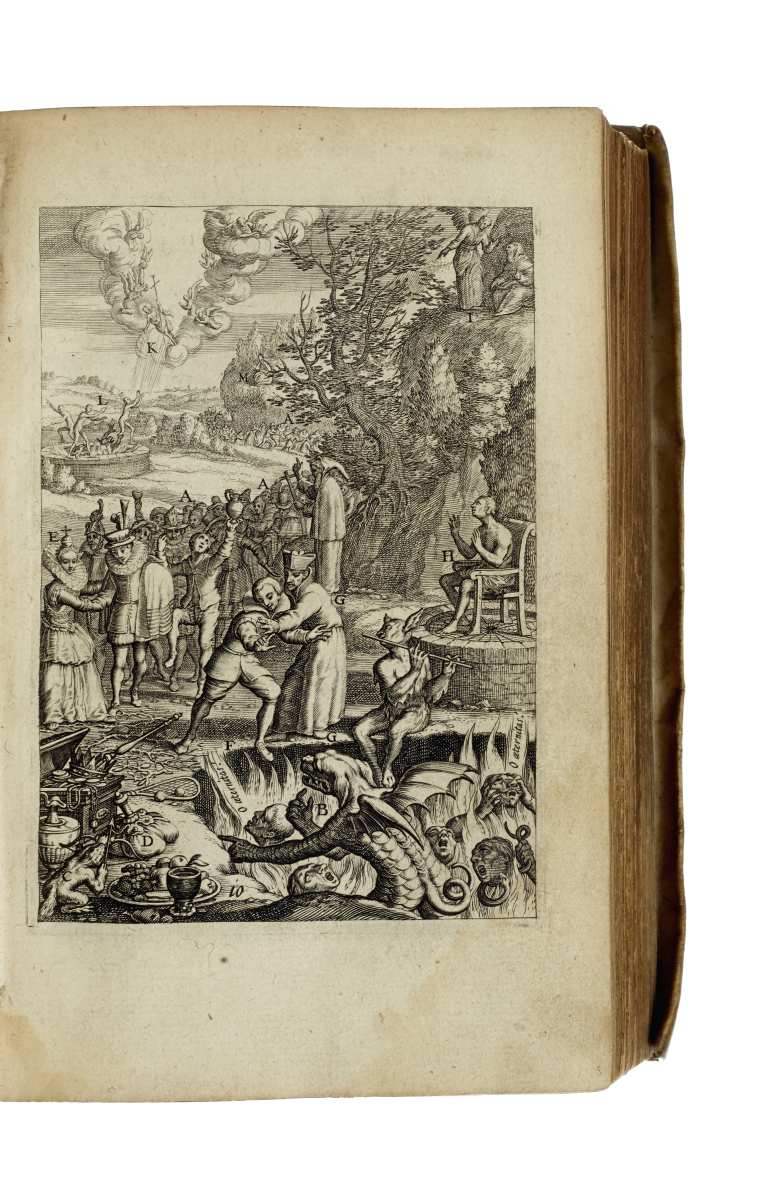 First edition, a very clean, attractive copy, of an emblem book which unites the spiritual meditations and practices of the Belgian Jesuit Antoine Sucquet with fine emblematic illustrations devised by the great baroque engraver Boetius a Bolswert (c. 1580-1633), called by Praz ‘the illustrator of the sentimental and ecstatic states of the soul’. Boetius a Bolswert’s exquisite refinement gives here, again in Praz’ words, views of Hell and glimpses of Heaven. Man’s worse drives are iconized in satyrs, ghouls, harpies, werewolves, semi-human lizards, his progress towards eternal life ever hindered by the multifarious and rapacious beast within. With his brother Schilte, Boetius was among the most sensitive and felicitous engravers to render Rubens’ drawings. Sucquet’s emblem book was extremely successful, with 177 editions in Latin within a decade, and many vernacular translations.

First edition, a very attractive copy, of Carey’s principal work. ‘His treatment of social science was original, and led him to a series of supposed discoveries, the order of which he has stated in the introduction of his most important work The Principles of Social Science. His point of departure was a theory of value which he defined as the “measure of the resistance to be overcome in obtaining things required for use, or the measure of nature’s power over man” - in simple terms the cost of reproduction. This theory Carey applied to every case of value - to commodities, services, and in some passages seemingly to man himself’ (Palgrave).