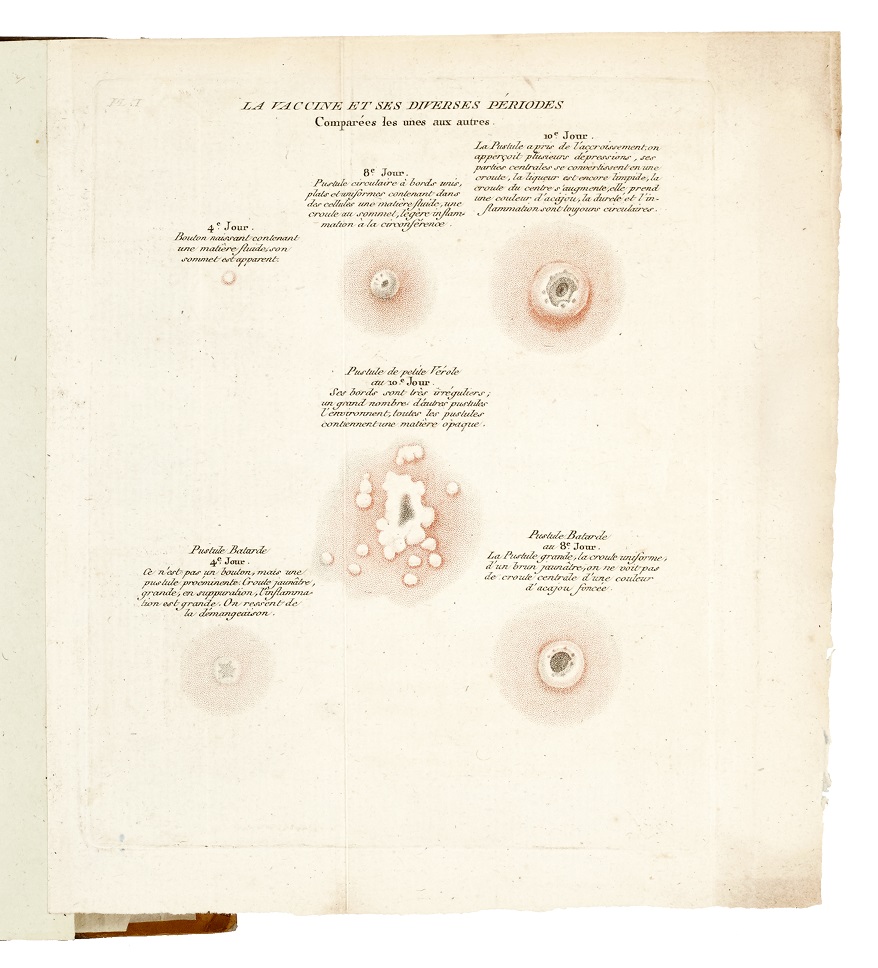 First French translation of Thornton’s Facts decisive in favour of the cow-pock, which first appeared in 1802 and swiftly ran through numerous editions. Thornton (1768-1837) attended Trinity College, Cambridge, and the University of St Andrews, before lecturing on medical botany at Guy’s and St Thomas’s hospitals. Famous for The Temple of Flora, which almost ruined him, Thornton also wrote Vaccinae Vindiciae, or a Vindication of the Cow Pock (1806).