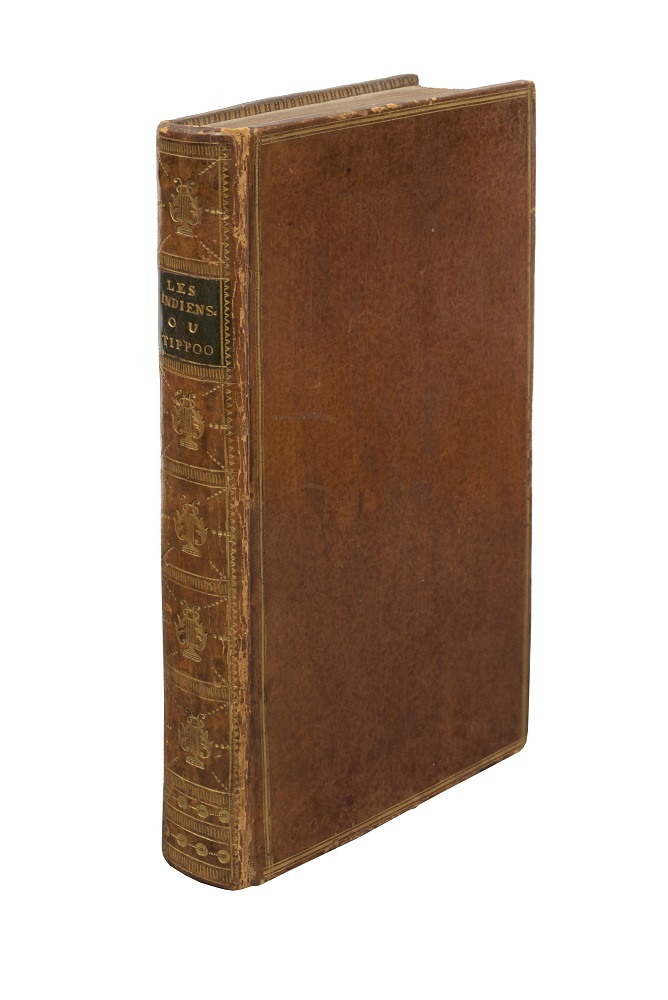 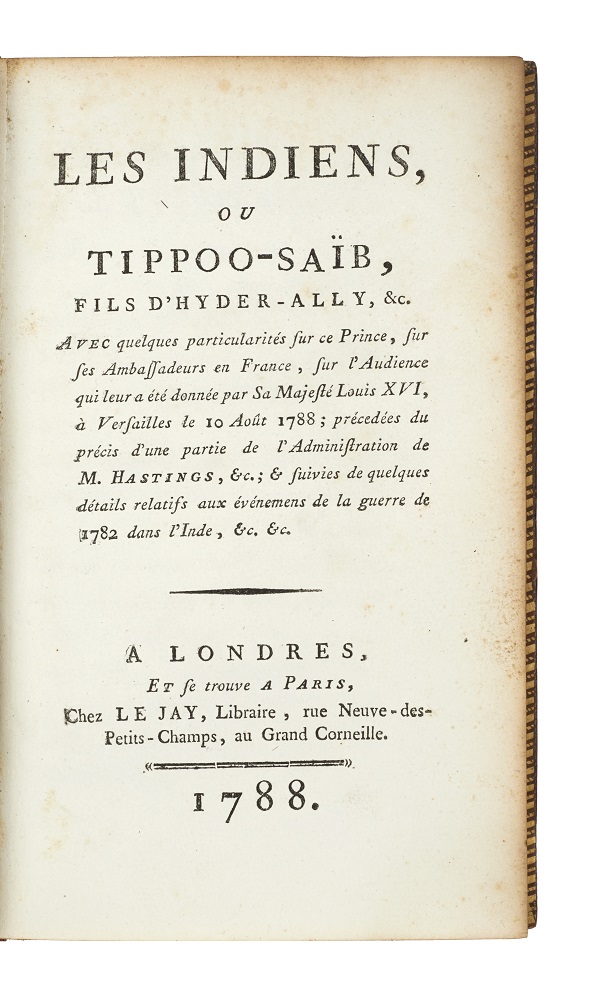 The apparently unrecorded first issue of this work on Tipu Sultan (1750–1799), ruler of the kingdom of Mysore and implacable enemy of the British East India Company. The only copies recorded institutionally (on ESTC, COPAC, and OCLC) have the title Les indiens, ou Tipou-Sultan, fils D’Ayder-Aly and a ‘note indispensable’ explaining that the Sultan’s true name is ‘Tipou-Sultan’ and not ‘Tippoo-Saïb’ and that of his father ‘Ayder-Aly’ rather than ‘Hyder-Ally’, but that the work was printed before these corrections could be made. The title-page was clearly updated on most copies, except this one.

After an introduction discussing how the English and French came to hold power in India, and the career of Joseph Marquis Dupleix, the main body of the text is devoted to Hyder Ali (c. 1720–1782) and Tipu Sultan and their conflicts with the British East India Company in the Anglo-Mysore Wars, with several references to Warren Hastings. Then follows a description of Tipu and his court, and of his audience with Louis XVI in August 1788. The folding plate at the end details the strength of the French army and navy that set out for India in December 1781.

See ESTC T130612. COPAC and OCLC record only copies with the second issue of the title, three in the UK (BL, NLS, Royal Asiatic Society) and two in the US (Duke and Minnesota).

A boy in the Peninsular War. The services, adventures, and experiences of Robert Blakeney, Subaltern in the 28th Regiment. An autobiography . . . Second impression.

First edition, second impression. Robert Blakeney was born in Galway in 1789 and joined his regiment in 1804, at the age of fifteen. He landed in Portugal on 20 August 1808, and fought throughout the war until shot in the leg at the Battle of Nivelle (10 November 1813), soon after which he returned to Ireland.